For adolescent girls in sub-Saharan Africa, economic concerns and health-related challenges are interlinked. In Uganda, researchers examined the impact of a combination of life skills and vocational training on adolescent girls’ engagement in income-generating activities, control over their bodies, and aspirations. The bundled provision of hard vocational and soft life skills training led to substantial advances in economic empowerment and control over the body for adolescent girls, which persisted for four years.

Low- and middle-income countries face challenges stemming from rapid population growth and a rising proportion of young people entering the labor market. In sub-Saharan Africa, for example, 60 percent of the population is younger than 20 years old. For those in the labor force, women tend to have higher unemployment rates relative to men, and this is especially pronounced among younger people.

For adolescent girls, such economic concerns are compounded by health-related challenges, such as higher risk for STDs and HIV infection as well as early marriage and pregnancy. These economic and health issues are clearly linked: a lack of future labor market opportunities can reduce the incentives for investing in girls’ education and lead to marriage and childbearing earlier in adolescence, while teen pregnancy and early marriage can limit girls' education and labor market participation. Can equipping girls with both life skills and vocational training reduce their incentives to marry and bear children early, and empower them in the labor market?

Uganda has one of the youngest populations in the world, and young women are more likely to be unemployed than men. Relative to women in higher-income countries, Ugandan women have a fertility rate that is three to four times higher, and this gap is most pronounced among adolescents aged 15 to 19.

The clubs' life skills training covered topics related to sexual and reproductive health, along with topics like management and negotiation, leadership, and legal knowledge on women's issues such as bride price, child marriage, and violence against women. The clubs also provided vocational skills training for activities like hairdressing, tailoring, computing, and agriculture, among others. The clubs served as a space in which adolescent girls could meet, socialize, and privately discuss issues of concern.

The adolescent girls who participated in this study were 16 years old on average, and 71 percent of them were enrolled in school. Ten percent were already married, and 10 percent had at least one child. Although about 30 percent of the girls were out of school, only 6 percent were engaged in self-employment and even fewer were engaged in wage employment. Sixty percent reported worrying that they would not find a job in adulthood. Before the study began, more than 14 percent reported having had sex unwillingly in the past year. 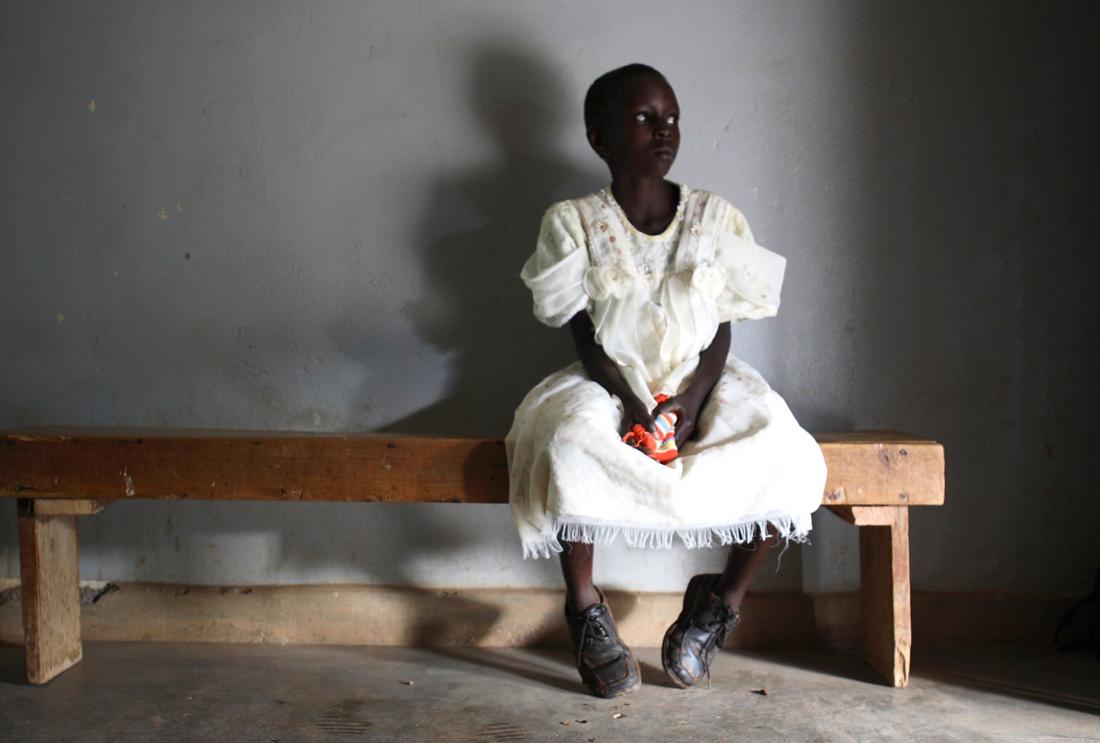 A young girl waits in a health center in Uganda.

In partnership with BRAC Uganda, researchers examined the impact of a combination of life skills and vocational training on adolescent girls’ engagement in income-generating activities, control over their bodies, and aspirations.

From a sample of 150 communities served by one of ten existing BRAC branches, researchers randomly selected ten communities in each branch to receive the ELA program in 2008, while five communities in each branch served as a comparison group. The vocational and life skills training were provided for two years, after which adolescent girls were free to continue using the clubs as a safe social space, but they did not receive further training.

In order to measure the impact of the ELA program, researchers conducted surveys two and four years after the start of the program. Researchers collected data on girls’ participation in income generation, analytical skills, sexual and reproductive health, educational investments, expenditures, and other measures of economic and social empowerment.

Researchers found that the bundled provision of hard vocational and soft life skills training led to substantial advances in economic empowerment and control over the body for adolescent girls, which persisted for four years.

Take-up: Twenty-one percent of the eligible adolescent girls participated in the ELA program. This suggests that a sizable share of girls was interested in gaining skills through the ELA program and were not held back from participating by weak aspirations or social norms.

Aspirations: The ELA program also shifted some of adolescent girls' attitudes and aspirations about employment, marriage, and childbearing. Although the program had impacts on most aspirations-related outcomes in the shorter term, nearly all of these faded after four years. However, two dimensions of aspirational changes persisted for four years: those related to girls’ views on ideal ages for marriage and the start of childbearing. Four years after the program started, girls’ views on the ideal age of marriage for women in society as a whole were 0.23 years higher relative to the comparison group (24 years). Similarly, girls' views on the ideal age for women to have their first child increased by 0.27 years from the comparison group average of 23.5 years.

Cost effectiveness: The ELA program in Uganda costed US$17.90 per eligible participant, which corresponded to less than 1 percent of household annual income prior to the program implementation. Although many of the program’s benefits cannot be easily monetized, researchers estimated that the program increased average annual earnings by US$50. Thus, the ELA program in Uganda was a cost-effective approach to improving a range of economic and social outcomes for adolescent girls.

Taken together, these results highlight the potential of a multifaceted program that provides life skills and vocational training as a viable and cost-effective policy intervention to improve the economic and social empowerment of adolescent girls over a four-year horizon.