Recent studies have found that summer youth employment programs appear to generate large declines in the rates of violent crime—a significant finding for urban policymakers seeking to create safer, more vibrant cities. Understanding which elements of summer job programs reduce crime is useful for policymakers seeking to replicate the impacts of these program in other jurisdictions, and can help researchers know more about the causes of—and solutions to—youth violence.

While public funds have been devoted to youth summer employment programs for decades in the United States, it is only recently that these programs have been rigorously evaluated. Two recent randomized studies in Chicago and New York City suggest that summer jobs programs may have limited measurable effects on later employment or education, but appear to generate large declines in violence involvement—a significant finding for urban policymakers seeking to create safer, more vibrant cities.

The growing evidence that summer jobs programs reduce violent crime raises a key question: why do they reduce violence? Understanding which elements of summer job programs reduce crime is useful for policymakers seeking to replicate the impacts of these program in other jurisdictions, and can help researchers know more about the causes of—and solutions to—youth violence.

One Summer Plus (OSC+) is a youth employment program administered by the City of Chicago’s Department of Family and Support Services.

In the summer of 2015, the City of Chicago was able to double the size of OSC+ and serve 2,000 youth thanks to a $10 million private donation from Inner City Youth Empowerment, LLC, a private entity formed by Earvin “Magic” Johnson and Mark and Kimbra Walter. In 2016, the program will be further expanded to serve more than 4,000 youth.

Historically, applicants to OSC+ have primarily been African-Americans from low-income families living in historically-disinvested neighborhoods. In 2012, the first year that OSC+ was offered, over 90 percent of applicants were eligible for free or reduced price lunches (an indicator of family poverty). About 20 percent of these applicants had been arrested and over 20 percent had been victims of crime. 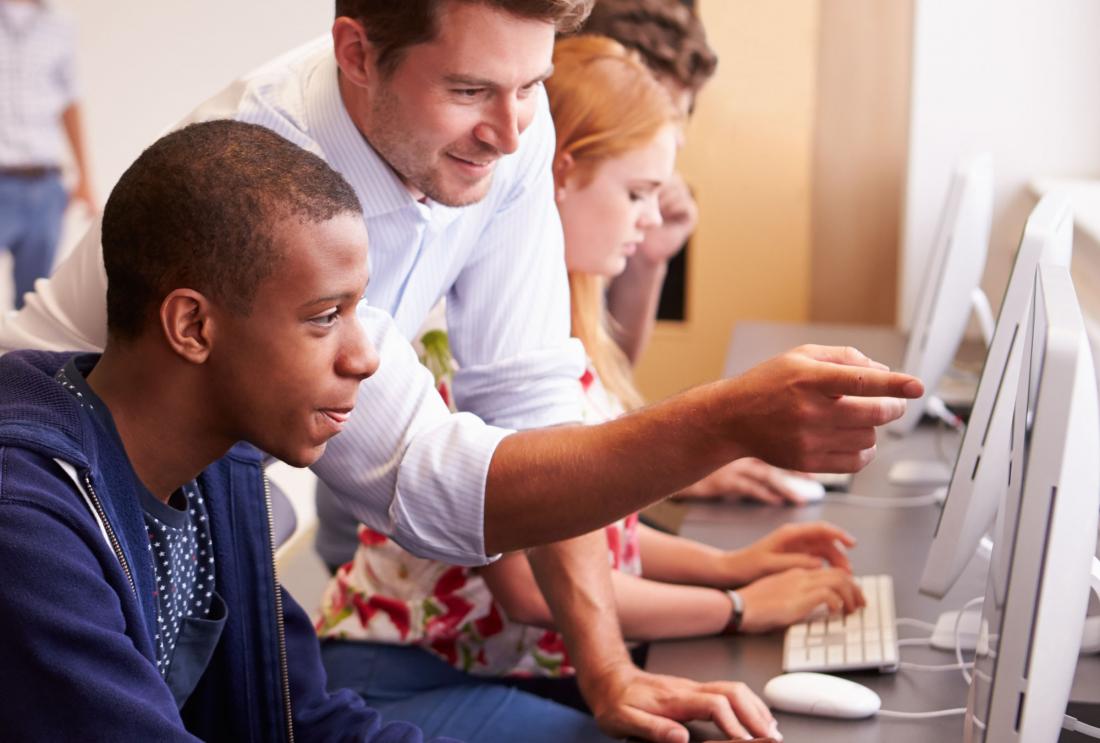 Participants in the One Summer Chicago program received a summer job and an adult mentor. Photo: Shutterstock.com

Researchers partnered with Chicago’s Department of Family and Support Services to evaluate the scale-up of the One Summer Chicago Plus (OSC+) youth employment program and study the effects of an adult mentor on participants. A previous randomized evaluation of OSC+ found the program, which included both employment and connection to an adult mentor, reduced violent-crime arrests by 43 percent over 16 months.

The expansion of OSC+ created an opportunity for researchers to re-evaluate the program as it was being expanded in order to learn more about the mechanism that made the program effective and to answer whether it would still be effective after being scaled up.

To better understand why the program works, researchers experimentally varied one potentially key mechanism: the mentor.

Researchers recruited youth from 45 high schools with high levels of violence. Any student aged 16-21 attending one of these schools was eligible for OSC+, and a total of 5,444 youth applied.

Following recruitment, applicants were randomly assigned to one of three groups:

Youth who were selected to be in one of the two treatments were offered summer jobs for six weeks at the Illinois minimum wage of US$8.25 per hour. Jobs included government, non-profit, and private sector positions, and OSC+ programming covered five hours per day, five days per week.

To assess whether the program’s larger size and the increased number of partner organizations implementing the program alter its impact, researchers also randomized how youth in the program were allocated to different not-for-profit partners.

To accomplish this, the researchers grouped applicants into six geographic blocks to ensure that no youth would have to travel long distances. Within blocks, youth in the treatment groups were randomly assigned to one of three or four program implementers.

Researchers will track applicants to OSC+ through existing administrative databases to assess how access to a job affects academic, criminal justice, and labor market outcomes. Additionally, city partners administered surveys to employers, mentors, and youth to better understand variation in the program’s impact due to differences across implementing partners.