Existing literature suggests that medical male circumcision provides partial protection for men against female-to-male HIV transmission, reducing the infection risk by up to 60 percent. However, less is known about how people respond to learning this information. An evaluation of a voucher program in urban Malawi found that providing information and reducing the price of circumcision only slightly increased take-up.

Seventy percent of the two million people newly infected with HIV in 2014 live in sub-Saharan Africa. In the 2000s, three medical trials found that male circumcision was up to 60 percent effective in reducing HIV transmission risk for heterosexual men.1  Based on this evidence, the World Health Organization (WHO) made scaling up voluntary medical male circumcision (VMMC) a key component of its HIV prevention strategy in priority African countries with a high HIV prevalence.2  Simulated projections in 2011 suggested that reaching 80 percent circumcision coverage in these countries by 2015 could result in net savings of more than US$16 billion over fifteen years.3  In 2015, priority countries had reached approximately 44 percent VMMC coverage, compared to the targeted 80 percent, and Malawi had only reached 8 percent of its target.4

Two strategies for increasing VMMC are to provide men with information about its benefits and to subsidize its cost. However, little is known about the effectiveness of these interventions. One concern is that information could lead circumcised men to adopt riskier sexual behavior. Another important question is whether there is enough demand for circumcision to make high rates of coverage possible.

To address these questions, researchers evaluated a program in urban Malawi that provided vouchers for subsidized VMMC to measure demand at different prices. A previous evaluation examined the impact of a VMMC information campaign on beliefs and sexual behavior in rural Malawi.

In 2007, the WHO named Malawi a high priority country for the scale-up of VMMC because of its high HIV prevalence (10.6 percent of adults aged 15-49 in 2010), and because 81 percent of men were not circumcised as of 2011.5  By 2015, the number of circumcisions performed in the country only reached 8 percent of the target set by the WHO in 2011.6  As in many African countries, male circumcision has deep cultural and religious roots in Malawi. For example, some ethnic groups conduct circumcision as part of initiation into adulthood for adolescent boys, while others do not. 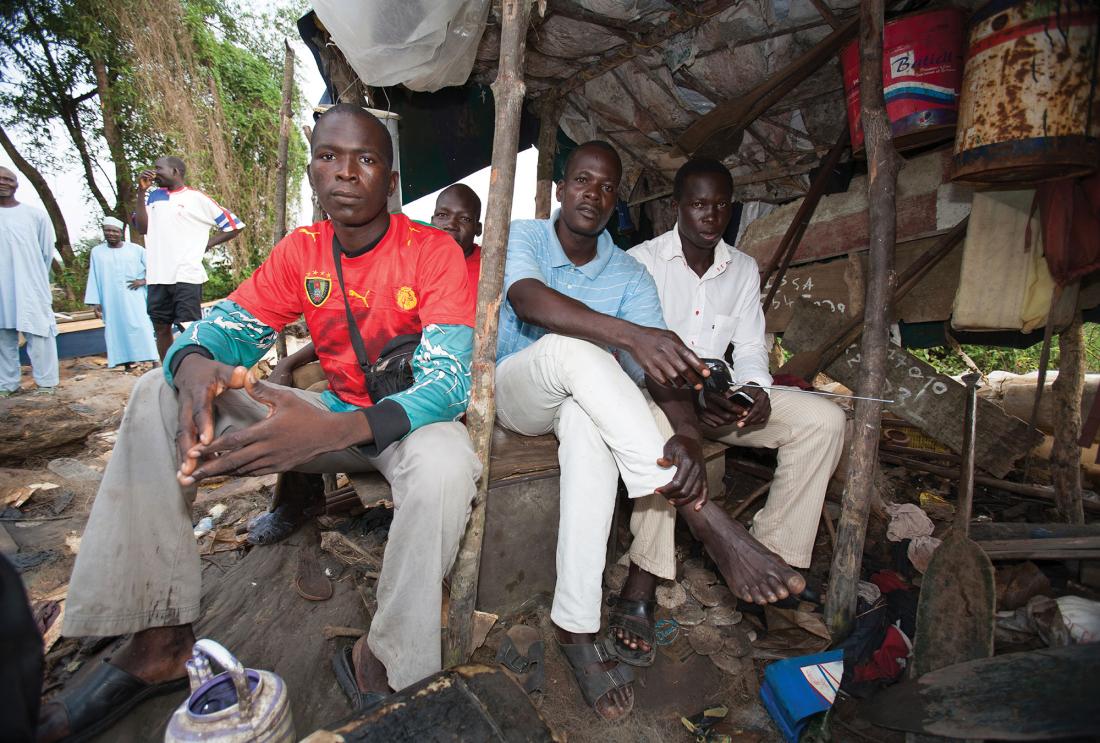 In 2010, researchers partnered with a private health clinic in Lilongwe to examine the impact of information and prices on demand for VMMC. That year, the clinic began offering the procedure for MWK 950 (US$6.54 in 2010)—a significant cost for men in Lilongwe. The circumcision procedure itself is a simple outpatient surgery. Clients often report that the most painful part is the initial local anesthetic injection. After surgery, they are given painkillers to take for several days, and most men resume work within 2–3 days. Among men aged 18–35 living in the clinic’s catchment area, 1,634 uncircumcised men were randomly chosen to participate in a program that provided vouchers, valid for three months, for a subsidized circumcision at the clinic. The value of these vouchers were randomly allocated. Half of these men were also randomly allocated to receive in-depth information about VMMC. To measure demand, researchers used clinic records as well as follow-up surveys one year later.

Providing information or lowering the price of circumcision only slightly increased take-up.

Participants in the program who also received information about VMMC were 1.4 percentage points (66.7 percent) more likely to get circumcised than those who did not receive information. Those who were offered a free VMMC were 3.1 percentage points more likely to get circumcised than those offered the MWK 900 (US$6.20) price. The likelihood of getting circumcised decreased as the price of the procedure increased, and no one took up the offer at the MWK 900 (US$6.20) price. In the baseline survey for this study, researchers found that the most commonly cited reasons for being unwilling to be circumcised included cultural or religious reasons, fear of pain, or being too old. Follow-up surveys after the program showed that information and price had little impact on these attitudes.

After the program, clinic records demonstrated that only 43 vouchers, or 2.6 percent of all vouchers, were redeemed within the three months after they were distributed.

Reducing prices can increase demand for circumcision, but these interventions alone are not enough to substantially increase take-up.

The low demand for circumcision could offer one explanation for why progress towards the targeted 80 percent coverage has been slow in Malawi, and imply that large-scale VMMC campaigns could be less cost-effective than previously projected there. Targeting certain high-risk groups, such as young men and injecting drug users, may be more cost-effective. The voucher program demonstrated that, while price and information matter, other significant barriers exist that future interventions in low-demand contexts should try to address. Qualitative results from the 2010 study indicate that the most common reasons for not getting circumcised include cultural or religious beliefs and fear of pain. Offering financial incentives could increase take-up by compensating men for the costs associated with surgery and recovery. While these studies did not examine the impact of incentives, research on cash or in-kind compensation may be an important next step.