Researchers examined the effects of subsidized school meals on school participation, educational achievement, and school finance in Western Kenya. The results suggest that the meals program led to improved school participation, as well as higher curriculum test scores, but only in schools where the teacher was relatively experienced prior to the program. The school meals also displaced teaching time and led to larger class sizes.

High rates of primary school absenteeism constitute a serious impediment to economic growth in the developing world. In 2000, an estimated 88 million children were out of school, most of them in Southern Asia and Africa, creating an ill-prepared workforce for an advancing economy. One of the measures taken by many governments to encourage school attendance is the provision of government-subsidized school meals. Such programs are predicated on the idea that better nutrition leads to better educational achievement, and subsidized meals attract a high number of additional children to attend school. But despite the popularity and low cost of school meals, there is little evidence on their impact on school participation and educational achievement.

In 1997, about 770,000 Kenyan children—30 percent of the 4-6 age group—attended preschool centers. About three-quarters of the country’s approximately 25,000 preschool centers are informal non-profit centers that re funded by the parents but located on the compound of a government-subsidized primary school. The remaining one-quarter of Kenya’s preschools are run by religious organizations, companies, NGOs and private for-profit providers. The study sample includes only informal preschools in rural areas.

The Kenyan Government developed a preschool curriculum and provides teacher training, but does not otherwise subsidize preschools. Parents pay fees that fund the teacher’s salary, classroom materials and, in some cases, a feeding program. Rural preschools therefore usually have a low level of total funding. Absenteeism rates are also very high. Enrolled children are absent over half of the time, while teachers are absent approximately 30 percent of the time. 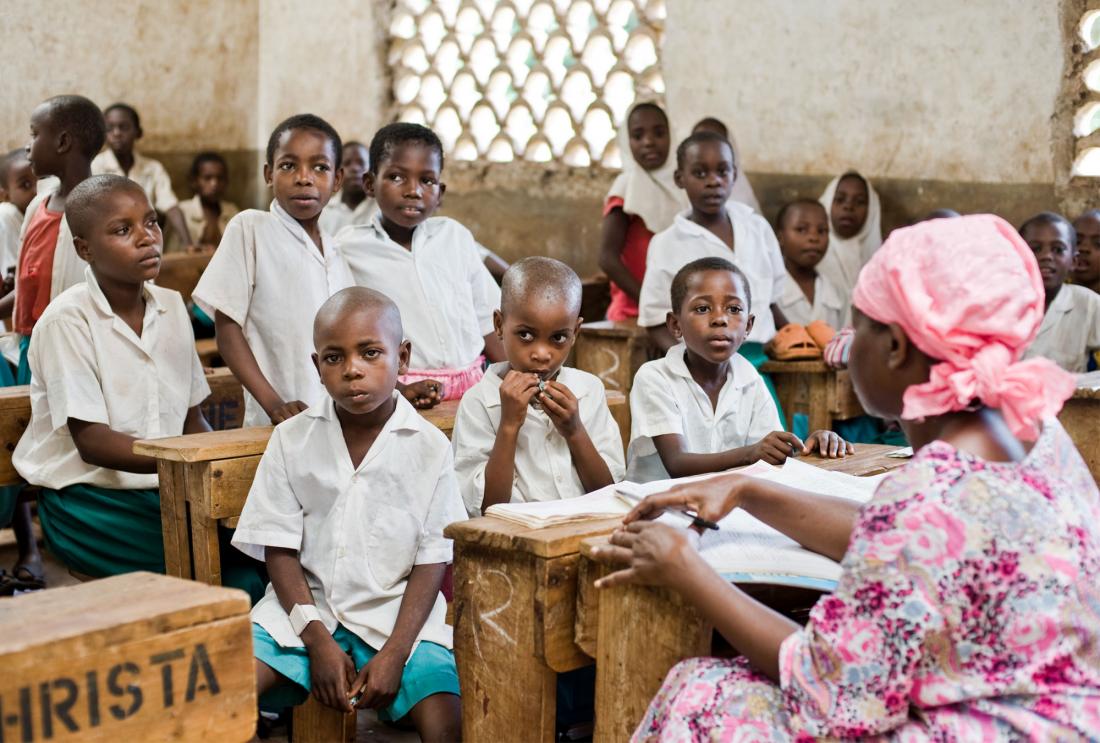 Researchers partnered with the Dutch NGO International Child Support (ICS) to evaluate the impact of a school meals program on education outcomes in Western Kenya. ICS funded the provision of a school breakfast in 25 randomly selected informal preschools; another 25 schools were randomly assigned to the comparison group and would not receive breakfast. The breakfast consisted of a cup of porridge made from protein rich flour, sugar, corn oil, and water. While porridge is a common meal for both children and adults in Kenya, the variety served by ICS was sweeter and more nutritious than the average porridge served.

ICS provided the ingredients and a paid for a cook to come to the schools, while parents were responsible for firewood to cook the meal and a cup for each child. In practice, this meant that after the program began, parents paid approximately 60 percent more for a day of their child’s preschool in treatment schools.

Researchers gathered data throughout the two-year program on school attendance, cognitive and curricular test performance, and other characteristics of the schools in both the treatment and comparison groups.

Impact on Learning: The increased participation rates in treatment schools substantially increased the teacher-student ratio and created overcrowding. The observed number of students per teacher in treatment schools was 34, compared to 27 in comparison schools and at baseline. The program did improve learning, but only for children in schools where the teachers were more experienced at the onset of the program. For these children, improvements were in the area of curricular achievement rather than cognition, suggesting the effect was due to increased attendance, not nutrition. This is supported by the fact that while the program increased boys’ average weight, there was no effect on girls (height or weight) or on boys’ height.