Despite recent increases in primary school enrollment, education quality remains relatively low in low- and middle-income countries. In three related evaluations in India, researchers introduced an early childhood reading and comprehension program (Shishuvachan) in different contexts—integrated into first-grade classes in Mumbai public schools, implemented in preschools that were specifically designed to implement this program, and integrated into established preschool classes—in order to measure its impact on early literacy rates. Results show that the Shishuvachan program was very effective in improving students' reading skills. The impacts were especially positive for students in established pre-schools (the group for which the program was originally designed).

The Millennium Development Goals and the Education for All initiatives have placed strong emphasis on the promotion of universal primary education. Yet simply enrolling children is only a first step in educating children in low- and middle-income countries; the quality of education matters as well. It is well-known that educational quality differs significantly across countries. Since it is especially low in low- and middle-income countries, programs to improve education quality are crucial in closing the gap between high-income and low-income countries. Effective methods to teach reading skills are particularly important because there is much evidence showing a strong persistence in reading abilities starting from a young age. Moreover, existing research strongly suggests that learning to read at an early age lays a strong foundation for future academic skills development, suggesting that improvements in early reading programs could yield significant long-term returns. These connections have strong implications for low-income children in particular, because they tend to have home and school environments which are less conducive to early reading development relative to those of higher income children. Therefore, low-income children often develop lower pre-reading abilities which then have strong implications for later reading abilities.

Although enrollment rates have increased significantly in India, a recent countrywide survey of rural children (ASER, 2007) found that only 58.3 percent of children in fifth grade could read at the second grade level. This study aims to give further insights into this policy issue by analyzing a particular education program that seeks to improve the quality of language instruction for early learners in the slum communities of Mumbai, India. In this particular setting, the quality of language instruction is generally poor and the need to improve existing education models is critical, especially at an early age. The main purpose of the curriculum is to provide basic literacy training to pre-school children, hence laying a foundation for their matriculation to regular primary schools. The pre-school Schishuvachan program is, moreover, a departure from regular Indian teaching styles in that it focuses on comprehension instead of rote memorization and repetition. This is facilitated by teacher-student interaction centered on storytelling and classroom games. 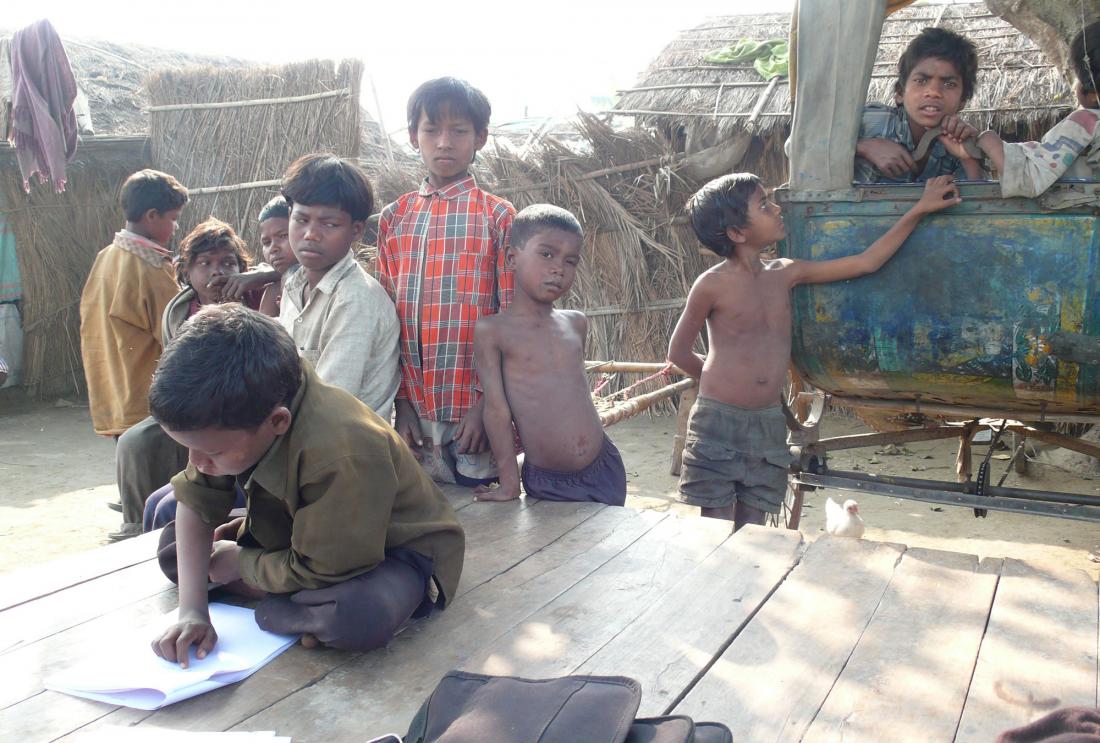