In Italy, as in many of the Organisation for Economic Co-operation and Development (OECD) member countries, students enroll into distinct academic tracks in their transition from middle to high school. At the end of grade 8, students choose to attend academic, technical, or vocational high schools, which vary by the academic demands of the program and career options after graduation. Students who choose the academic and technical schools tend to have higher test scores, though there are no formal grade requirements for admission. Compared to native-born students with similar abilities, immigrants are more likely to select a vocational school over a more prestigious technical or academic-oriented school. This gap does not, however, exist for high-ability immigrant girls, who tend to make similar school choices as native-born girls. 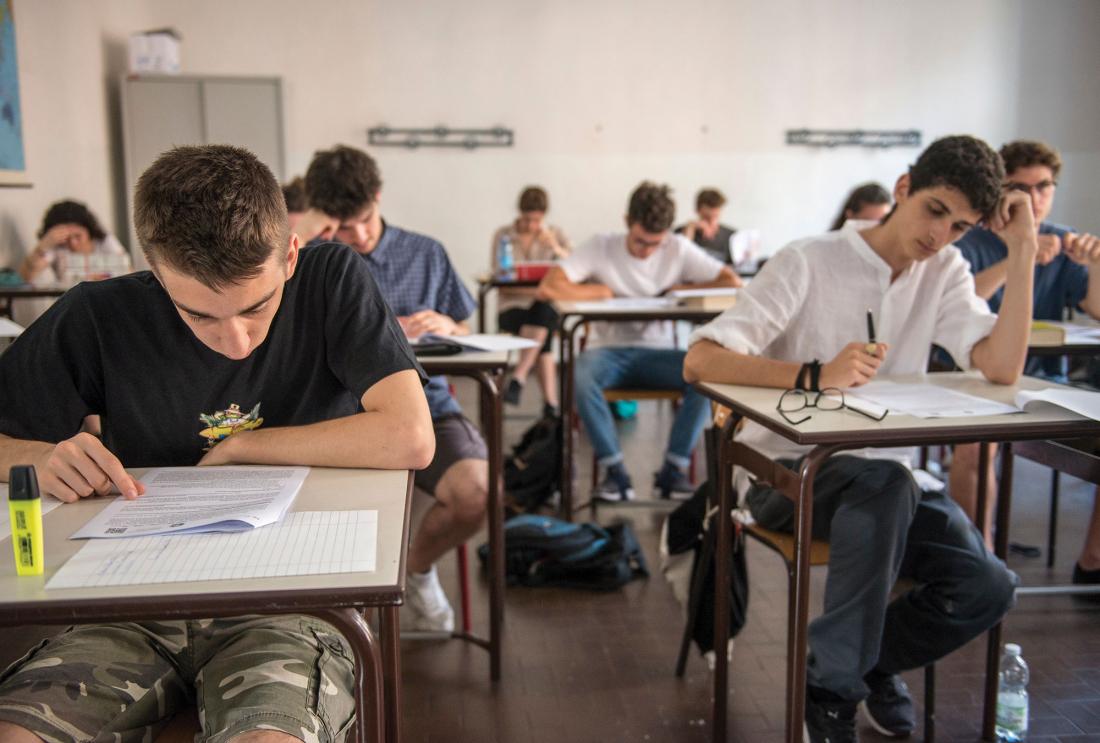 Researchers partnered with the Italian Ministry of Education, University and Research (MIUR), the Institute for the Evaluation of the Italian Schooling System (INVALSI) agency, and private foundations to evaluate a tutoring and career counseling program called Equality of Opportunity for Immigrant Students (EOP). They identified 145 middle schools in five cities in Northern Italy and randomly assigned 70 schools to implement EOP. The remaining 75 schools served as the comparison group and did not offer any additional tutoring or career counseling. Within schools that offered EOP, the program invited the ten immigrant students with the highest standardized test scores in grade 6 and from countries with GDPs lower than Italy.

Schools implemented EOP from the beginning of grade 7 until March of grade 8. By January of grade 8, teachers provided recommendations to all students and their families for the high school track they considered most appropriate, and students needed to pre-register for high school by February.

Among the students that participated in the tutoring and counseling program, 56 percent were first generation immigrants, approximately evenly divided between boys and girls. Students came from 72 different nationalities, the most common being Romanian, Filipino, and Albanian.

To measure the impact of the program, researchers utilized administrative data measuring high school selection and test scores and implemented a survey measuring education and career goals along with student perceptions of their own abilities and the barriers they face.

EOP led more immigrant students to enroll in academic and technical high schools, with the greatest impacts for the most disadvantaged students.

EOP increased enrollment in academic or technical schools by 5.1 percentage points from 75 percentage points in the comparison group, a 6.8 percent increase. This impact was largely driven by boys, for whom the gap between immigrant and native-born student enrollment was larger at the beginning of the study. The program had no effect on immigrant girls’ overall high school choice, likely because girls already enrolled at high rates in academic and technical high schools.

Teacher recommendations for EOP boys increased by 46 percent compared to the comparison group (a 17.1 percentage point increase from 37.1 percentage points). This was likely in response to students’ improved aspirations and academic performance.

Boys that were eligible to participate in EOP scored 0.187 standard deviations higher on math tests and 0.140 standard deviations higher on reading tests compared to comparison group students. EOP reduced boys’ incidence of repeating or grade 7 or grade 8 by 43.5 percent (a 3.7 percentage point decrease from 8.5 percentage points in the comparison group). The lack of impact on girls is consistent with the fact that for high performing immigrant girls there was no gap to start with, compared to native-born girls.

EOP also benefitted immigrant students who were not eligible for the program.

Immigrant students who enrolled in academic and technical high schools performed as well academically as those in the control group.

Despite on average attending a more challenging high school, students in EOP were doing as well as comparison group students: they were no more likely to repeat a grade, to take summer make-up exams, or to drop out.

Career counseling and academic tutoring can be effective tools to reduce educational segregation between immigrant and native-born students.

Differences in ambition and achievement at an early stage can have long-term negative consequences for the careers of immigrant children. However, it is possible to reduce these inequalities, exacerbated by early tracking in schooling systems, by closing the immigrant-native gap in high school choice.

There is an immigrant gender gap in education in favor of girls.

Being assigned to receive counseling was effective only for immigrant boys, for whom a high school choice gap existed. This educational gap can be attributed to boys’ development and behavior being more responsive to their family environment, as well as to differences in gender norms, which are more prominent among minorities.

Students’ educational expectations are malleable, and addressing them may be critical for improving school outcomes.

Rather than pushing all students to choose the high track, EOP aligned their educational career goals to those of native-born students with similar abilities. In an evaluation in France, providing information to parents during meetings with school principals also helped students align their expectations to their abilities—ultimately reducing school dropout and grade repetition rates.

Future research is necessary to explore the effectiveness of similar interventions.

EOP consisted of two main components—career counseling and academic tutoring—and found that soft skills proved more important than test scores in determining students’ choice of high school. More research would help determine which combination of these components proves the most cost-effective to better align the abilities and aspirations of disadvantaged students.