Curbing deforestation in developing countries may be a cost-effective way to reduce carbon emissions and address climate change. Innovations for Poverty Action worked with researchers to evaluate the effectiveness of a payments for ecosystem services (PES) program, in which Ugandan landowners were paid not to cut forest trees on their property. During the study period, landowners who were offered contracts to conserve forest cleared 4 percent of forested land, compared to 9 percent in villages where the program was not offered. This equates to delaying 3000 metric tons of carbon dioxide per village from being released into the atmosphere, at a cost of 46 cents per ton.

Deforestation is the second largest source of human-created carbon emissions, after fossil fuels. When trees are cut, they stop absorbing carbon dioxide from the atmosphere, and as they decompose or are burned, they release stored carbon into the atmosphere. Curbing deforestation in developing countries is potentially a very cost-effective way to reduce carbon emissions and address climate change. The United Nations has established the REDD+ Programme (Reducing Emissions from Deforestation and Degradation) to reward low-income countries for preserving forested land. Despite growing interest and investment in reducing deforestation, little rigorous research has been conducted on the most cost-effective ways to do so.

One policy approach is to provide payments for ecosystem services (PES), where individuals are paid to refrain from environmentally damaging behavior, such as cutting down trees on their land. PES programs are increasingly popular, especially in developing countries, because they are voluntary so do not force people to protect the environment or impoverish them by taking away a key source of income. However, it is not clear what portion of payments go to forest owners who were not intending to cut down trees anyway. Furthermore, individuals could comply with the contracts for covered land to receive payment but shift deforestation activities to other land. This is the first randomized evaluation of a deforestation PES program, designed to measure its effectiveness and cost-effectiveness.

Between 2000 and 2010, Uganda lost forest at a rate of 2.6 percent per year, the third highest of any country in the world. The rate is even higher on privately owned land, which represents about 70 percent of Ugandan forests. These forests are home to endangered chimpanzees, which may tourists travel to Uganda to see, and forested areas provide watershed and flooding protection.

The project took place in the districts of Hoima and Kibaale, which are located in the equatorial zone of western Uganda and have some of the highest deforestation rates in the country. These districts are predominantly rural and have a combined population of around 750,000 inhabitants.  The PES project was specifically targeted at private landowners of forested land, as they are the ones who decide whether or not to clear trees from their land. Landowners in the area often cut trees to clear land for growing crops for their own consumption, or in some cases cash crops such as tobacco, or to sell the trees as timber or for charcoal production. 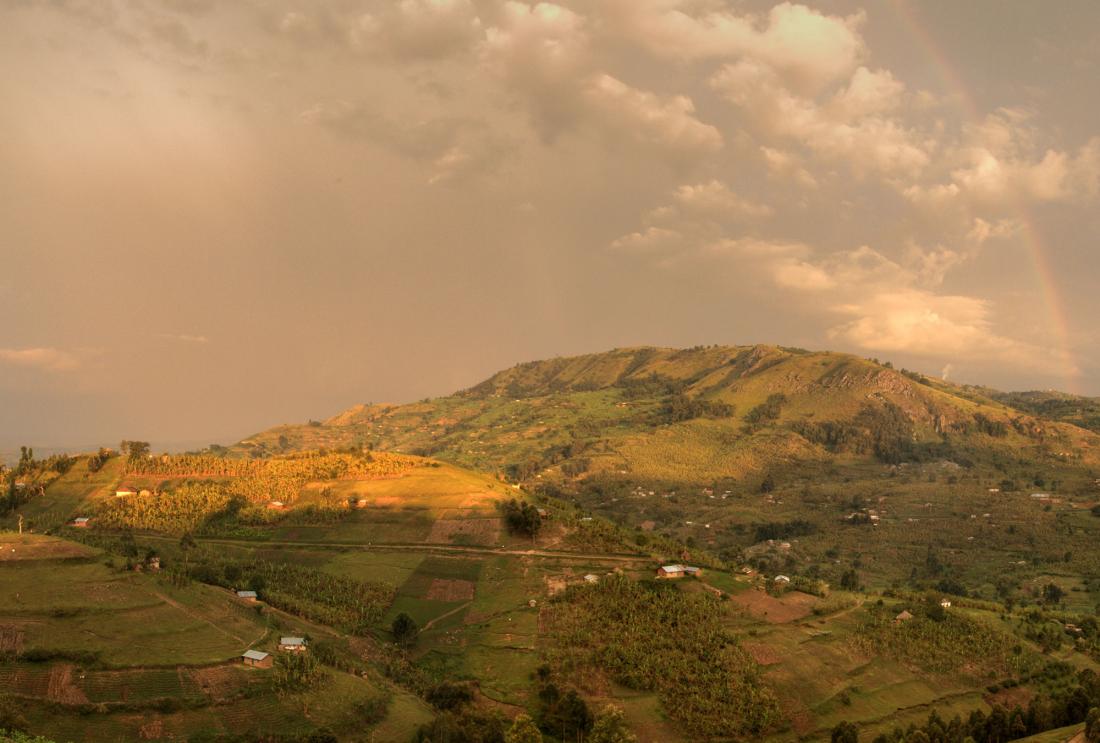 Innovations for Poverty action worked with researchers to test the impact of a PES program on forest conservation. Researchers randomly assigned 121 villages in the Hoima and Kibaale districts of Uganda to receive the PES program (60 villages) or to the comparison group (61 villages).

In the villages with the program, a local nonprofit, Chimpanzee Sanctuary and Wildlife Conservation Trust (CSWCT), offered owners of forested land a contract under which they could receive annual payments of 70,000 Ugandan shillings (equivalent to US$28) per hectare for conserving forested land. Landowners were required to refrain from cutting trees on their land (with some exceptions) and could receive additional payments for planting new trees on a portion of their land. The average landowner held two hectares of forest area, yielding the opportunity to earn up to US$56 per year (approximately 5 percent of average annual income). This amount was comparable with what landowners might earn for selling timber from a large tree, approximately US$20 to $40. CSWCT employees monitored compliance with the contract by conducting random spot checks to look for signs of tree cutting. The program lasted for two years.

Landowners were surveyed before the beginning of the program and 1.5 years after it began. Surveyors measured the GPS coordinates of landowners’ homes, which allowed researchers to independently confirm how many trees were around each landowner’s property using commercial satellites. A computer algorithm determined if each pixel in the satellite image (measuring 2.4 by 2.4 meters) contained a tree at the beginning and end of the study period.

Even with relatively low participation rates, the PES program appears to have been an effective and cost-effective way of averting carbon dioxide release.

Take-up: Program take-up was relatively low, at 32 percent, even though the program was designed to be simple and low-risk for landowners (farmers would not receive payments if they cut down trees, but there were no other commitments or penalties). Qualitative interviews suggested that two-thirds of individuals who did not sign up were simply unaware of the program or faced logistical problems in the sign-up process. A small minority said that they did not sign up because they were not interested in the program.

Payments: The average landowner who participated in the program received the equivalent of US$113, approximately 80 percent of the maximum amount they were eligible to earn. The bulk of payments (89 percent) were for avoiding deforestation, rather than for planting new seedlings.

Effects on deforestation: Despite the relatively low number of participating landowners, the program resulted in significantly less deforestation in the villages were it operated. While tree cover in the comparison villages declined by 9.1 percent in the comparison villages over the course of the study, this number was 4.2 percent in the villages with the program. This resulted in an estimated cost of US$0.46 per ton of carbon delayed from entering the atmosphere, roughly half of the social cost of carbon—the overall negative economic impact of carbon pollution on society —which the United States Environmental Protection Agency estimates to be US$1.11 per ton for the delay induced by the program. By comparison, programs designed to reduce pollution such as subsidizing electric cars or providing incentives to upgrade to more efficient appliances can cost more than ten times the social cost of carbon emissions they avert.

Unintended effects: Some fear that PES programs only appeal to landowners who would have kept their forests intact without the program or that they cause landowners to shift tree cutting to other lands. Researchers did not find evidence for either of these concerns., In fact, the program appeared attract landowners who would have had higher rates of tree-cutting had they not been in the program, and satellite data showed that participants did not shift tree-cutting to other areas by colluding with their neighbors or by cutting down trees on areas not covered by contracts.

Effects on households: The program was financially neutral for most participants, as there were no increases or decreases in expenditures or borrowing. The program led landowners to patrol their own land more often, and they became less likely to allow landless neighbors to gather firewood on their property (even though collecting fallen wood was allowed). As non-landowners are generally poorer than landowners, the program may have had a negative impact on poorer members of the community.