Using Media to Change Norms and Behaviors in Post-Genocide Rwanda

Societies in which genocides occur are often described as having distinctive political cultures characterized by deference to authority and limited willingness to express dissent. Researchers conducted a randomized evaluation in Rwanda to examine how important aspects of cultural practice do or do not change in the wake of exposure to media messages delivered through a radio soap opera drama. While the radio program had little effect on changing individual beliefs and attitudes, it did have a strong impact on listeners’ willingness to express dissent and the ways they resolved communal problems.

Societies in which there is high deference to authority and limited willingness to publicly express dissent may be at particular risk for episodes of mass violence and genocide. Consequently, many governments and international and nongovernmental organizations have embarked on ambitious cultural change campaigns to address violence, corruption, and other post-conflict problems.

One approach is “education entertainment,” which weaves messages about conflict resolution, development strategies, or other educational topics into a dramatic fictional story, to promote social change.

However, these types of programs raise fundamental questions about how and why political culture changes: How malleable are aspects of political culture thought to be associated with mass violence? And can a media intervention be successful in changing citizens’ norms and behaviors?

It was meant to teach listeners about the roots of violence, the importance of independent thought, and the dangers of excessive deference to authority, as well as to encourage local problem solving and dispute resolution. 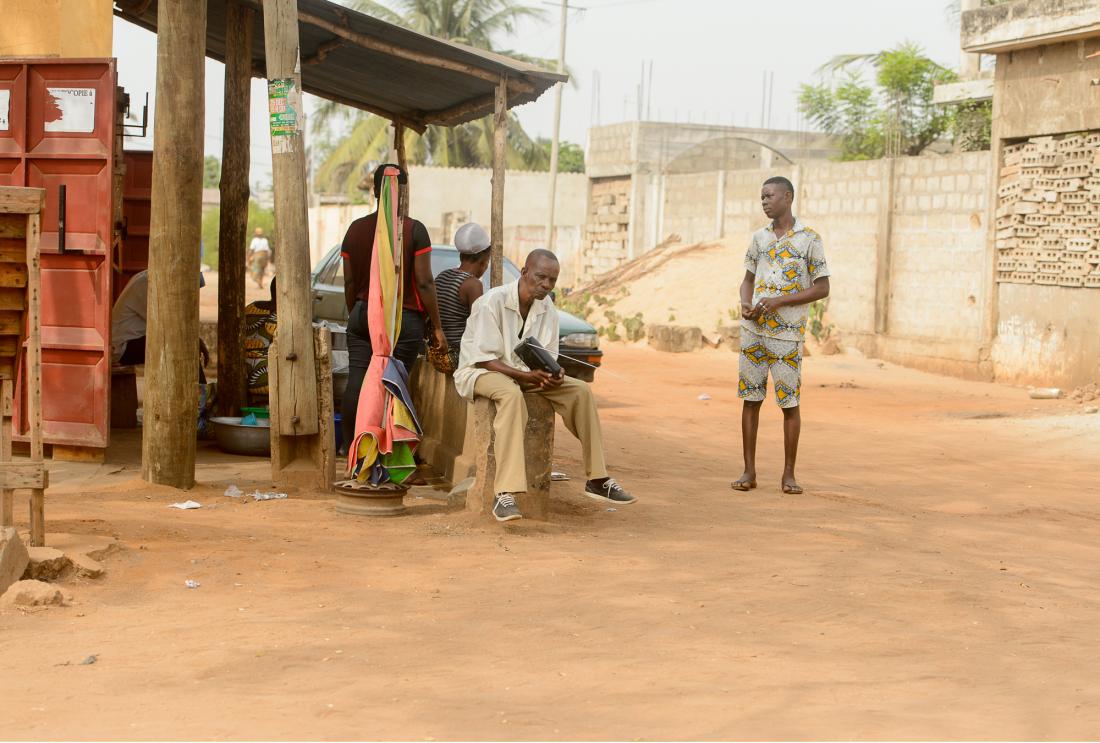 Researchers conducted a randomized evaluation in 14 research sites in Rwanda to examine how important aspects of cultural practice do or do not change in the wake of exposure to media messages over the course of a year.

Researchers randomly identified forty adults within each site to listen in groups to one of two randomly assigned radio programs: one focused on reconciliation; the other did not address any topics related to conflict, and listeners of this program served as a comparison group.

Prior to the intervention, researchers, along with a group of Rwandan research assistants who represented Hutu and Tutsi ethnic backgrounds, visited each community to select individuals and explain the procedure of the study.

Subsequently, each month for a year, Rwandan research assistants visited communities and played that month’s four 20-minute episodes on a portable stereo for the listener group. At the end of the study, communities in each group received the portable stereo and a set of 14 cassette tapes of the reconciliation radio program.

At the end of one year, the research assistants conducted individual interviews, semi-structured focus groups, role playing scenarios, and community observation to gather quantitative and qualitative data on the impact of the radio programs.

While the radio program had little effect on changing individual beliefs and attitudes, it did have a strong impact on listeners’ behaviors.

Radio listeners in the reconciliation group became more likely to express dissent with peers and less likely to defer to local officials when solving local problems. These results suggest that new perceptions of norms and new patterns of political conduct can develop without institutions, but it is uncertain whether these changes can endure without institutional backing.

Willingness to dissent: Radio listeners in the reconciliation treatment group were more likely than listeners in the health group to indicate that they should speak up if they disagree with something that someone else says. When asked individually about trust in their communities, 80 percent of listeners from both groups agreed that mistrust levels were high. However, when asked the same question in a public setting (via focus groups), denials of mistrust became much more frequent for members of the health group.

More than 60 percent of the health group comments were denials of mistrust, compared to less than 20 percent of reconciliation group comments. Notably, listeners in communities categorized as genocide survivors were the least likely to be censured for politically incorrect speech in both groups. Overall, these findings suggest that listeners from the reconciliation group were more willing to speak out on difficult subjects even in public settings.

Deference to authority: When presented with a role-playing scenario that required groups to care for refugees from a neighboring community, members of the reconciliation group were more likely to take local initiative in problem solving and more willing to collectively provide for hungry refugees. All of these groups agreed they would share with the refugees “the little they had” without ever asking for aid from the government or an NGO.

By comparison, 16 of the health group’s 21 resolution ideas involved asking for government or NGO assistance. However, both reconciliation and health participants invented authority characters for their scenes and used political rhetoric to justify their decisions about how to resolve the hypothetical refugee crisis.

When researchers presented communities with a stereo, following their participation in the study, researchers observed more dissenting opinions on how to share the communal resource (the stereo and cassettes) along with more expressions of cooperation about how to accomplish this feat among reconciliation listeners. Health groups overwhelming supported handing the radio over to a local authority figure who could then monitor its usage and financial contributions for batteries.

By contrast, listeners in reconciliation groups challenged the suggestion of entrusting the stereo to authorities and, instead, suggested the group take collective responsibility of the stereo or elect members to monitor its use.

Beliefs and attitudes: Despite these changes in behavior, attitudes towards interaction across social lines were resistant to change. Listeners to the reconciliation program were no more likely than listeners to the health program to express a willingness to affiliate with members of other social groups.