In developing countries, public worker absence is a key obstacle to delivering services to the poor. This problem may occur when politicians reward their supporters with public sector jobs, making it difficult for communities to hold public servants accountable. Researchers evaluated the effectiveness of a smartphone absence monitoring technology in reducing doctor absenteeism at clinics in Punjab, Pakistan. The application increased clinic inspections, but the increased monitoring and accompanying reduction in absenteeism was limited to constituencies where competition for political office was comparatively high.

In developing countries, frequent absence of public sector workers is a serious obstacle to effective delivery of services to the poor, and efforts to introduce reforms are often met with resistance. It is possible that the persistence of absenteeism is linked to systems of political patronage, where politicians reward their supporters with financial or in-kind benefits like public sector jobs. Under this theory, politicians ensure that supporters are posted in desirable locations and continue to be paid even if they are absent from work or perform their jobs poorly. While some attempts to monitor and enforce public sector attendance have been shown to be effective, these effects diminish over time if not consistently and objectively enforced. Can a technology-based monitoring system improve public sector attendance, and how does the prevalence of political patronage affect the impact of such a program?

Doctors in Punjab are present only 43 percent of the time, as measured by unannounced clinic visits in 2011. Senior health officials are responsible for ensuring smooth functioning of health clinics in their respective districts, but may find it difficult to take action against absent staff for several reasons. Political interference tends to be high: approximately 40 percent of district health inspectors and administrators reported being pressured by a politician not to take action against underperforming doctors. The incidence of political interference was higher in politically uncompetitive constituencies, where politicians won by a comparatively larger margin. In addition, health administrators often do not have access to reliable data on staff attendance. While health officials are expected to inspect clinics monthly, at the time of the study, only 56 percent of clinics in the sample had been inspected in the past two months. 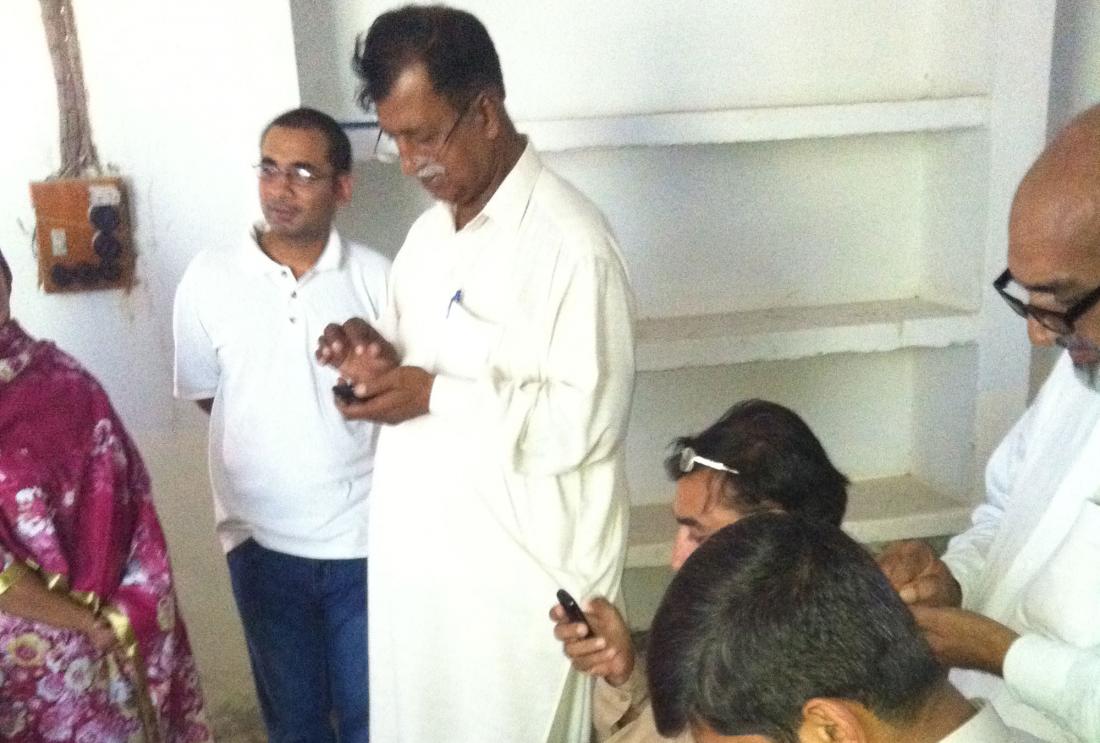 In partnership with the Government of Punjab, researchers conducted a randomized evaluation of a smartphone attendance monitoring application to determine a) whether technology-based monitoring can improve health worker attendance and b) whether the impact of monitoring depends on the degree of political competition in a given area.

In 2011, the Government of Punjab introduced the "Monitoring the Monitors " program, which replaced the paper-based monitoring system with an android-based smartphone application that could transmit data on facility utilization, resource availability, and worker absence to a central database in real time. The application ensured accuracy by requiring all data to be geotagged, time-stamped, and accompanied by photographs of the health staff and inspector. Clinics where three or more health staff were absent were highlighted in red on an online dashboard, and researchers measured whether senior health officials responded to this information.

From a representative sample of 850 health clinics in 35 districts of Punjab, researchers randomly selected 427 clinics in 18 districts to receive the smartphone monitoring program. The rest of the clinics served as the comparison group and continued to use the paper-based monitoring system. Researchers ensured that treatment and comparison districts had a comparable number of constituencies classified as having high, medium, or low levels of political competition.

The smartphone application more than doubled clinic inspection rates, but the increased monitoring and subsequent reduction in absenteeism was limited to constituencies where political competition was high and to doctors who were less politically connected.

Impact on inspections: The smartphone application increased clinic inspections. At the time of researchers' unannounced visit, 43 percent of clinics in the treatment group had been inspected in the previous month compared to 24 percent in the comparison group, a 76 percent increase.

Impact of highlighting absences: Highlighting the absence of three or more staff in a given month on the online dashboard reduced absences by 19 percent in the month after an inspection, but this effect was limited to the most politically competitive constituencies.

The study shows that health worker attendance is closely linked to political competition, and understanding the relationship between, health administrators, doctors and politicians is important for designing policies that seek to increase accountability among public sector employees. For auditors who lack the necessary information to take action, technological solutions such as the mobile application used in the study can be cost-effective and efficient. However, when public sector jobs are linked to patronage, measures that reduce political influence and bureaucratic interference may be needed to reduce absenteeism.

1 result(s)
How can personality tests improve the health service in Pakistan?