Vouchers for Private Schooling in Colombia

Colombia used lotteries to distribute vouchers which partially covered the cost of private secondary school for students who maintained satisfactory academic progress. Three years after the lotteries, winners were about 10 percentage points more likely to have finished 8th grade, primarily because they were less likely to repeat grades, and scored 0.2 standard deviations higher on achievement tests. In the long-run, the PACES program increased secondary school completion rates by 15 to 20 percent.

In developing countries, private school enrollment as a proportion of total enrollment is often two to three times higher than in industrialized nations. Problems with public schools are usually more severe in low-income countries, since the quality and integrity of public sector service delivery is highly correlated with income levels. In Indian schools, for example, a recent study found that one-third of headmasters were absent at the time of the researchers’ visit, while in Kenya, teachers were found to be absent 28 percent of the time.1 The view that private schools function better than public schools in the developing world has prompted calls for governments in poor countries to experiment with demand-side financing programs such as vouchers. This study evidence on the impact of one of the largest school voucher programs to date, the Programa de Ampliación de Cobertura de la Educación Secundaria (PACES) in Colombia.

Public education is widely available in Columbia. In 1993, 89 percent of primary-school age children were enrolled. However, secondary school enrollment was only 75 percent, and this number drops to 55 percent amongest the poorest quintile of the population.

In an attempt to raise secondary-school enrollment rates and expand private provision of public services, in 1991, the Colombian government established Programa de Ampliación de Cobertura de la Educación Secundaria (PACES). PACES is one of the largest voucher programs to date, providing over 125,000 students from poor urban neighborhoods with vouchers that cover more than half of the cost of private secondary schools in Colombia. PACES vouchers were worth only about US$190 at the time of the survey, initially set to correspond to the average tuition of low-to-middle cost private schools in Colombia’s largest cities. However, PACES vouchers became less generous over time because they did not keep up with inflation, and therefore recipients had to supplement vouchers with additional payments to cover school fees. In 1998, the average monthly fee for private schools attended by voucher applicants was about US$340, so most voucher recipients supplemented the voucher with private funds. For comparison, public-school parents in the study sample typically paid tuition fees of roughly US$58. 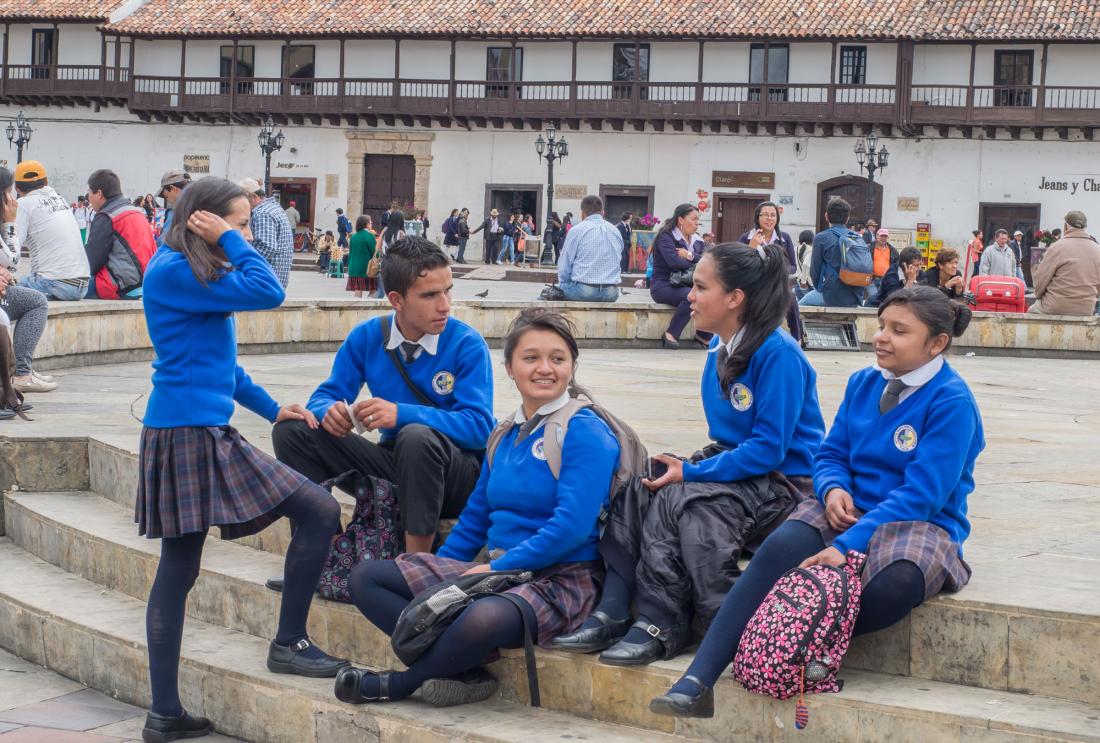 The sample was stratified so that roughly half were lottery winners and half were lottery losers, meaning that half of the students surveyed had been given the opportunity to attend a private high school. Photo: Mirek Nowaczyk | Shutterstock.com

Because the demand for PACES vouchers exceeded the supply, eligibility was determined by random lottery, generating a natural experiment to examine the impact of school choice on education and labor market outcomes. In 1998, Researchers collected survey data from 1,600 previous applicants primarily from Bogota, three years after they had started high school. The sample was stratified so that roughly half were lottery winners and half were lottery losers, meaning that half of the students surveyed had been given the opportunity to attend a private high school. Surveys were conducted by telephone, as the winners and losers groups had similar levels of telephone access. Researchers asked about further schooling and drop-out rates, amount of time spent on education, later monetary investments made toward education, and the choice of public or private for secondary school.

Impact on Education: Three years after application, results showed no significant differences in school enrollment between lottery winners and losers, with most applicants still in school. However, lottery winners were 15 percentage points more likely to have attended private school, had completed an average 0.1 more years of schooling, and were about 10 percentage points more likely to have finished 8th grade, primarily because they repeated fewer grades. Lottery winners also scored on average 0.2 standard deviations higher on standardized tests, relative to lottery users.

Impact on Economic Returns: Analysis of the economic returns to the additional schooling attained by winners after three years of participating in the program suggests that the benefits from increased income greatly exceeded the tuition costs to families and the government. Annual earnings of parents in the sample were about US$2,400 per worker, and PACES applicants should be able to earn more, since the average parent had only 5.9 years of education while the average applicant had already completed 7.5 years and was still in school at the time of the survey. It can therefore be assumed that the expected earnings of applicants are US$3,000. Thus, PACES seems very likely to raise lottery winners’ wages by US$36 per year, and might raise wages by as much as US$300 per year if higher test scores have a grade-equivalent payoff.