From Research to Action: The Collaboration between Policymakers and Academics 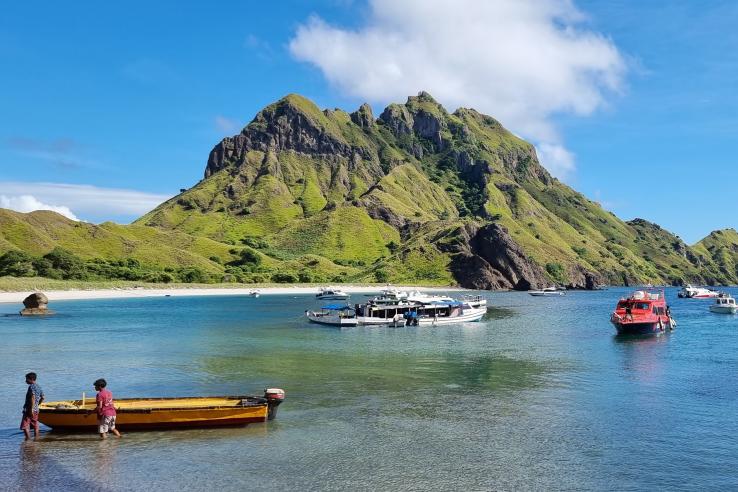 There has been growing interest from governments at all levels to adopt a broader culture of evidence- and data-driven policymaking to meet the needs of the country’s most marginalized constituents. One important aspect in increasing the use of evidence to inform policies is the collaboration between government and academics. However, bridging research and policymaking is often not a straightforward process: the fast-paced policy environment, the wide range of actors that contribute to the decision-making process, the accuracy and relevance of existing evidence, and the complexity of research language are some of the challenges that creates a barrier in achieving effective government and researchers collaborations. Taking this into account, is it essential for all parties involved to search for common grounds.

The webinar will discuss the role of academics and think tanks in supporting the Government of Indonesia to design policies and programs. We will discuss the importance of fostering a mutually-aligned interest between academia and policymakers, and share challenges and opportunities that might arise in the research to policy pipeline process.

09.15 - 09.25 AM
Informing policy making in Indonesia: lessons from the field
Rema Hanna and Ben Olken, J-PAL

09.25 - 09.40 AM
Ensuring a continuous collaboration between policymakers and academia in Indonesia
Anindito Aditomo, MoECRT

Nizam was appointed as the Acting Director General of Higher Education, Research and Technology, Ministry of Education, Culture, Research and Technology of the Republic of Indonesia in August 2021. He has extensive experience in the field of education: Nizam was one of the people who participated in drafting the Law on Higher Education in 2012, the Law on Medical Education in 2013, and the Law on Engineering in 2014. He is a professor in the Faculty of Engineering, Gadjah Mada University, and earned his Doctor of Philosophy degree from the University of London, United Kingdom.

Ben Olken's research focuses on the public sector in developing countries, including work on social safety nets, taxation, and governance. He has worked extensively in Indonesia for over 20 years, as well as in other contexts. Ben Olken earned his PhD in 2004 from Harvard University. He is a Director of J-PAL and Scientific Director of J-PAL Southeast Asia. He is also the Editor of American Economic Journal: Applied Economics and the Co-Director of the NBER Development Economics Program.

Prior to his current position, Anindito Aditomo was a Senior Researcher at the Center for Education and Policy Studies (PSPK). He holds an undergraduate degree in psychology from Gadjah Mada University, Indonesia, and a PhD in the learning sciences from the University of Sydney, Australia. He has done various researches in education: “Inquiry-Based Learning in Higher Education: Principal Forms, Educational Objectives, and Disciplinary Variations” and “Students’ Response to Academic Setback: ‘Growth Mindset’ as a Buffer Against Demotivation.”

Prior to his current position, Agus Eko Nugroho was a Researcher for the Economic Research Center, at the Indonesian Institute of Sciences (LIPI). He obtained his undergraduate degree from Universitas Sebelas Maret, Indonesia, and his master’s degree from Massey University, New Zealand. Moreover, he holds a PhD degree from Curtin University, Australia.

Teguh Dartanto
Dean of the Faculty of Economics and Business, University of Indonesia (FEB UI)

Teguh Dartanto currently serves as the Dean of the Faculty of Economics and Business, University of Indonesia. His specialization is in poverty analysis, development economics, applied general equilibrium, and microeconometrics. He received the Monbukagakusho Scholarship and earned his master of Economics degree at Hitotsubashi University and PhD in International Development at Nagoya University.

Rema Hanna is a Co-Director of the Evidence for Policy Design (EPoD) research program at the Center for International Development, Harvard University. She is a Research Associate with the National Bureau of Economic Research (NBER), an affiliate of the Bureau for Research and Economic Analysis of Development (BREAD), and a faculty affiliate at the Harvard Center for Population and Development Studies. Rema Hanna is particularly interested in understanding how to make government services “work” for the poor in developing countries. She has worked on large-scale field projects with governments and nonprofits to understand how to improve safety net systems, reduce bureaucratic absenteeism, and reduce corruption.

Cindy Sistyarani previously served as a News Reporter and Presenter for TvOne (2007 - 2011) and KompasTV (2011-2012), with a particular focus on national news, specifically related to law and politics. Currently, Cindy is a News Producer and Presenter at KompasTV, where she leads the production of regular programs including Kompas Petang and Dua Arah talkshow.