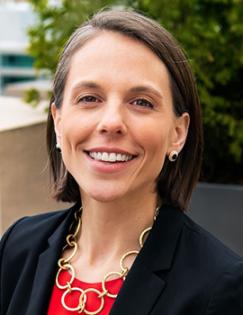 Director of Evidence to Scale, J-PAL

Anne Healy is the Director of Evidence to Scale (E2S) at J-PAL where she supports the organization’s efforts to catalyze adoption at scale of evidence-based policies and programs and forge partnerships with policymakers and practitioners to improve evidence-based policymaking. She also builds opportunities to deepen the organization's engagement in the global development policy and practitioner communities in Washington, DC, where she is based. Anne also directs J-PAL's Innovation in Government Initiative, a global fund to support governments in harnessing data and evidence to drive innovation and improve public policy.

Prior to joining J-PAL in 2020, Anne worked across the public, social, and private sectors and across the research, implementation, and funding spectrum on scaling evidence-based innovation in international development. Most recently, she served as the Chief Innovation Officer at Evidence Action, where she led the organization’s incubator focused on prototyping, testing, and scaling promising, evidence-based innovations. Before that, she led Development Innovation Ventures (DIV), USAID’s tiered, evidence-based innovation fund. She served as an advisor to the Deputy Secretary at the US State Department during the Obama Administration; advised companies, governments, and philanthropies as a management consultant at McKinsey & Company; and managed field implementation of randomized controlled trials with Innovations for Poverty Action in rural Kenya. She currently serves on the board of the Busara Center for Behavioral Economics and CARE's Impact at Scale Advisory Council, and previously served on the board of IDinsight, the advisory task force for Labor Mobility Partnerships (LaMP), and the international advisory group of Innovation Edge.

Anne holds an MPA in International Development from the Harvard Kennedy School, a JD from Harvard Law School, and a BA from Princeton University.