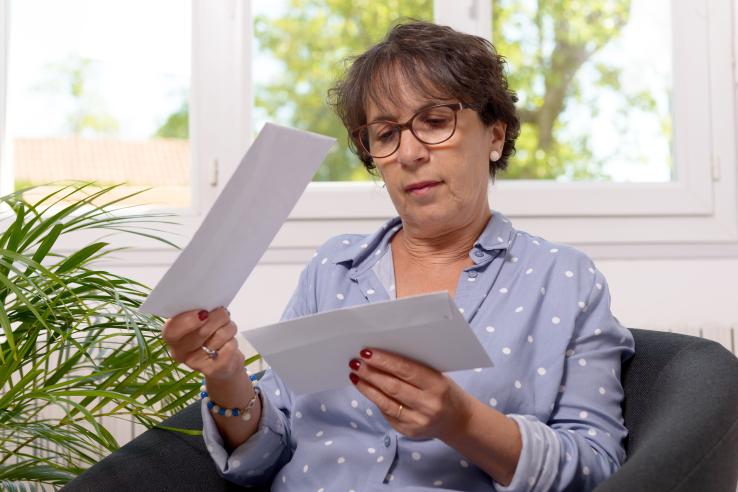 Tax revenues are a necessary input for governments to provide public goods and services for their citizens. However, tax compliance remains a challenge. Estimates from 2020 suggest that countries lose up to $427 billion annually due to corporations and individuals moving their profits and wealth offshore.1 In the United States alone, the most recent estimate from the Internal Revenue Service suggests total yearly losses of $1 trillion in all unpaid taxes by corporations and individuals in 2021.2

To boost compliance, governments in high- as well as low- and middle-income countries may communicate with taxpayers through mailed letters, digital or phone correspondence, or in-person visits to remind them of their tax obligations.

A review of 36 randomized evaluations and a quasi-experimental evaluation in 32 countries shows that sending simplified tax reminder messages is a highly cost-effective strategy to increase short-term tax compliance. Deterrence messages that emphasize the legal consequences of noncompliance and/or the risk of being audited are the most effective at increasing compliance. These messages outperform nondeterrence messages that emphasize social norms around tax payments, induce social pressure, or highlight notions of fairness and the provision of public goods. To enhance effectiveness, governments should ensure that deterrence messages are simple and have a credible threat of enforcement and target messages to taxpayers for whom it is typically easier to evade taxes. They should also consider combining a deterrence framing with additional framings around social norms, social pressure, or fairness.

In addition, reminder messages with simplified language or any kind of persuasive tone (including framings around deterrence, social norms, social pressure, or fairness) worked better than standard communication with taxpayers (i.e., lengthier requests to file tax returns and/or to pay taxes without additional framings) in nine randomized evaluations.[25] [26] [27] [28] [29] [30] [31] [32] [33] In some of these cases, only simplifying the government’s existing communication without adding any new persuasive language still had a positive impact on compliance—for instance, simplified messages increased tax filing compliance in Belgium by 2.6 percentage points over a comparison group mean of 31.7 percent (an 8 percent increase).[25]

These interventions were highly cost-effective when measured. In Austria, messages corresponded to a net revenue per mailing of €15 and, with 100,000 annual mailings sent by the authority, to €1.5 million of additional revenues per year.[3] In Belgium, researchers estimate that persuasive messages sent to taxpayers increased tax collection by US$18.4 million at a predicted cost of only US$83,486.[25] In Costa Rica, the return on the strongest message was US$19 per letter sent. [14] In Guatemala and Poland, respectively, researchers estimate the most effective letter would have generated 36[5] and 28 times[27] more revenue than its implementation costs if scaled up. In Uganda, researchers estimate a 6x rate of return per message sent on average and a 13x rate of return for deterrence messages.[21] Even in Bangladesh, where tax authorities hand delivered compliance letters, the benefit-cost ratio was estimated at 5 to 1.[17]

Among alternative persuasive messages, deterrence messages that emphasize the legal consequences of noncompliance and/or the risk of being audited are most effective in increasing taxpayers’ compliance.

Deterrence messages increased tax compliance relative to no communication in randomized evaluations in Argentina,[1] Colombia,[7] [19] Costa Rica,[14] Denmark,[4] and the United States.[2] Examples of these deterrence messages included listing the actual fines and potential legal steps the government might follow in case of noncompliance,[7] warning taxpayers that their assets and bank accounts could be embargoed in the case of delinquency,[19] and indicating that taxpayers had been selected for a special tax audit where their tax returns would be closely investigated.[4] In Haiti, even though in-person delivery of tax invoices decreased tax compliance, adding a deterrence framing to these tax invoices mitigated this negative effect.[20]

In other studies, researchers compared the effectiveness of deterrence messages against other message types. These included messages that induced social pressure, messages that appealed to taxpayers' civic duty or sense of obligation to pay taxes, messages that highlighted the importance of taxes for public goods, or simple deterrence-free reminders.

Deterrence messages were more effective than these other message types at improving compliance in randomized evaluations in 17 low-, middle-, and high-income countries (Austria,[3] Belgium,[25] Chile,[18] the Democratic Republic of Congo,[35] the Dominican Republic,[32] Ethiopia,[9] Germany,[28] Guatemala,[5] Latvia,[11] Mexico,[23] Norway,[13] Poland,[26] the United Kingdom,[12] the United States,[36] [22] Uganda,[21] Uruguay,[27] and Venezuela[8]). In contrast, in Rwanda, researchers found friendly approaches to taxpayers (i.e., gentle reminders and messages with information about how tax revenues are spent) were generally more effective than deterrence-based messages that highlighted the possibility of being fined and prosecuted. However, in this context, small taxpayers (i.e., corporations with low- and medium-sized revenues) were still responsive to the deterrence messages.[6]

Furthermore, deterrence messages might also indirectly increase taxpayers’ compliance with other taxes not mentioned in the message as well as indirectly increase the chances that their neighbors pay their taxes too. In Argentina, sending taxpayers a deterrence message for one tax (the property tax) increased compliance for another tax (the gross sales tax) by making penalties and enforcement more top-of-mind in general.[37] In Colombia, 13 percent of taxpayers who received a deterrence message made payments on other taxes they owed that were not mentioned in the message.[7] In Austria, households who received no messages were more likely to comply with their tax obligations when their neighbors received deterrence-framed messages.[38]

Deterrence messages are most effective when they have a credible threat of enforcement.

In Costa Rica, the effects of deterrence messages sent to firms were strongest when the firms also received an example of a third-party report of their firm’s transactions—a signal of the government’s ability to monitor their compliance.[14] Similarly, in Finland, the strongest deterrence messages were ones that included information about third-party verification.[33] In contrast, in a quasi-experimental evaluation in Ecuador, deterrence messages only increased firms’ tax payments by a small amount despite including third-party information.[39] This was likely because they may not have perceived a threat from the tax authority’s enforcement capacity. Only 10–20 percent of notified firms responded to the tax authority’s email requests for amended tax returns. In this context, the government could only legally prosecute a firm for tax evasion if it sent the firm an in-person notification, which is a more expensive and time-consuming delivery method.[39]

Deterrence messages are also stronger when sent to taxpayers for whom it is typically easier to evade taxes.

In seven randomized evaluations where governments sent deterrence messages to either individuals or firms, these messages improved tax compliance the most when sent to taxpayers who could more easily evade taxes in the status quo. In Venezuela, the overall effect of deterrence messages was mainly driven by the impact on small firms (with less than US$4,700 in sales) that, due to their size, were likely not subject to strong tax monitoring in the past.[8] In Chile, deterrence letters were only effective at increasing compliance for firms whose transactions were not already covered by the paper trail generated by transactions under the value-added tax.[18] In Israel, deterrence messages sent to corporations that were expected to be honest—excluding those already under investigation and those recently audited—did not improve compliance when compared to no communication.[34]

In the case of individuals, in the United States, audit threats were only effective when sent to individuals with self-employment or farm income—who are usually more prone to evasion.[2] In Rwanda, the effects of deterrence messages were concentrated among small taxpayers (i.e., corporations with low- and medium-sized revenues).[6] In Germany, these effects were almost entirely driven by taxpayers who previously evaded taxes.[28] In Denmark, audit threat letters only had an impact on taxpayers’ statements for self-reported income—with no impact on income verified by third parties.[4]

Evidence is mixed on whether other persuasive messages can increase tax compliance on their own.

In contrast, these types of nondeterrence messages did increase tax compliance in nine other randomized evaluations, including in Ethiopia,[9] Haiti,[20] Mexico,[23] Norway,[13] Poland,[26] and Uruguay.[27] In Bangladesh[17] and in a second study in the United Kingdom,[30] these messages increased compliance when sent to taxpayers who already demonstrated some form of non-compliant behavior–for instance, when sent to individuals or firms that had not paid their taxes the previous year. In Colombia, a message with a moral appeal (“Colombia—a commitment we can’t evade”) that was effective at increasing compliance also included some deterrence-framed text,[7] making it difficult to distinguish which framing was most effective. Further research would be helpful in understanding which conditions and mechanisms make nondeterrence messages more or less effective. Their effectiveness may vary based on the initial perceptions and beliefs of taxpayers, the type of tax and how revenues are spent, and local norms and beliefs about taxation.[11]

In Australia,[31] Guatemala,[5] and Peru,[16] deterrence messages that also included text on social norms, social pressure, or fairness were more effective at increasing compliance than a deterrence-only message.

Randomized evaluations in Rwanda, Colombia, and Slovenia[10] have also tested the effectiveness of different delivery methods. In Colombia, personal visits were more effective at increasing tax compliance than other methods in the short term.[7] In contrast, in Rwanda letters delivered in person were not more effective than letters delivered via SMS or email–however, only about half of the intended recipients actually received in-person letters in this evaluation.[6]

Further research is needed to determine whether the positive effects of persuasive messages—and deterrence messages in particular—persist over the longer term.

In Venezuela, while deterrence messages increased tax compliance in the short term, these effects dissipated after two months.[8] In contrast, in Norway deterrence messages still had an impact one year after taxpayers received them, although the letters with moral appeals did not have effects in the long term.[13] Deterrence messages might weaken over time if taxpayers no longer find the threat of legal action credible.

Castro, Lucio and Carlos Scartascini. 2015. “Tax Compliance and Enforcement in the Pampas: Evidence from a Field Experiment.” Journal of Economic Behavior & Organization 116 (August): 65–82.

Slemrod, Joel, Marsha Blumenthal, and Charles Christian. 2001. “Taxpayer Response to an Increased Probability of Audit: Evidence from a Controlled Experiment in Minnesota.” Journal of Public Economics 79, no. 3: 455–483.

Kleven, Henrik Jacobsen, Martin B. Knudsen, Claus Thustrup Kreiner, Søren Pedersen, and Emmanuel Saez. 2011. “Unwilling or Unable to Cheat? Evidence from a Tax Audit Experiment in Denmark.” Econometrica 79, no. 3 (May): 651–692.

John, Peter, and Toby Blume. 2018. “How Best to Nudge Taxpayers? The Impact of Message Simplification and Descriptive Social Norms on Payment Rates in a Central London Local Authority.” Journal of Behavioral Public Administration 1, no. 1 (February). https://doi.org/10.30636/jbpa.11.10.

Lopez-Luzuriaga, Andrea and Carlos Scartascini. 2019. “Compliance Spillovers across Taxes: The Role of Penalties and Detection.” Journal of Economic Behavior and Organization 164 (August): 518–534.