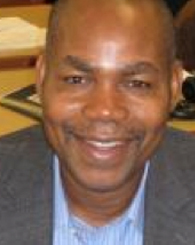 We are interested in improving math aspirations and learning, particularly among girls… We hope that this [program] will inspire parents to invest more in their daughters’ education, and that girls learn the cognitive and non-cognitive skills needed to cope with adolescence and do well in math.

Growing up in rural Benin, I was an aspiring math teacher and political activist from the age of sixteen. I majored in math as an undergraduate and during my studies, a friend gave me a copy of Marx’s Das Kapital. I really liked it–despite being very ideological, the combination of history, philosophy, politics, and economics was captivating.

Later, when I immigrated to Canada, I was exposed to economic modeling and development research at Laval University, University of British Columbia, and later Northwestern. The rest is history. In short, my interests in development economics and political economics were driven by social origins and my early exposure to Marxian political economy.

I am running an education project in Benin with Markus Olapade, a junior faculty at the African School of Economics. We have recruited bright college students (30 percent female) to serve as supplementary math teachers.

We are interested in improving math aspirations and learning, particularly among girls. Girls are a minority in math classes, and many become pregnant at a young age. Accordingly, the female teachers are not only teaching math to girls, but also life skills–they are kind of like big sisters, which parents appreciate.

We hope that this will inspire parents to invest more in their daughters’ education, and that girls learn the cognitive and non-cognitive skills needed to cope with adolescence and do well in math.

If we find that it’s successful, we plan to work closely with the Ministry of Education in Benin to scale up the program, and with an international NGO, Animath, to implement it in other countries.

What is your dream evaluation? (It doesn’t have to be feasible!)

My dreams are already coming true–I’m working on a pilot in Benin where we are testing different types of communication in local bureaucracies, and studying the effect on performance and “esprit de corps.” I would like to continue doing this work in more organizations and places. I am really fascinated by outside-the-lab, real-life communication experiments in organizations, and how communications can transform the way an organization functions.

I was running an evaluation on political candidate nomination in Benin where districts were assigned to one of two possible nomination procedures—primary elections or party nomination. The evaluation involved real parties involved in real, local elections.

It was an unexpected barrier and we had to work hard to (quickly) educate parties on the potential benefits of each method in the hopes of improving their willingness to participate. But this experience makes the case for more “selective” trials in certain contexts.

I’ve worked on improving electoral processes and governance (e.g., increasing deliberation and reducing corruption) in Benin and the Philippines, which has been really interesting. But now, I’d like to work in new countries in Latin America and Africa to see how the evidence can be adapted to new contexts.