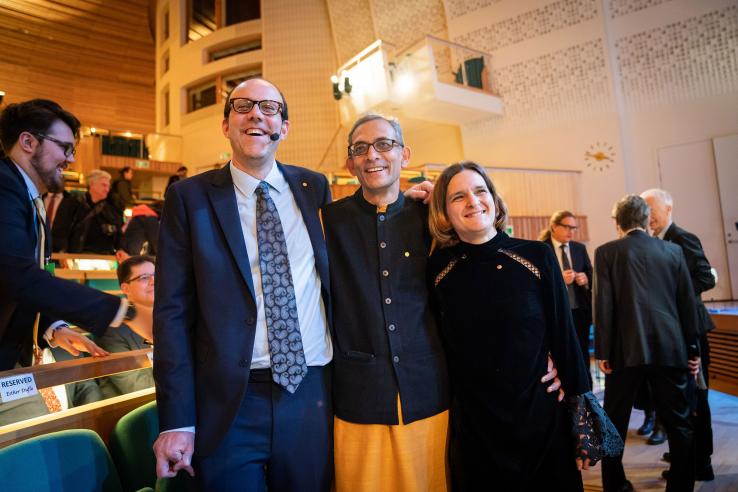 Our co-founders Abhijit Banerjee and Esther Duflo, with longtime J-PAL affiliate Michael Kremer, were awarded the 2019 Nobel Prize in Economic Sciences on December 10, 2019. In the week leading up to the award ceremony, the laureates delivered lectures on their award-winning research and participated in a roundtable discussion with the 2019 Nobel cohort.

The 2019 Nobel laureates in Economics delivered three lectures on December 8, 2019 in Stockholm, Sweden. Abhijit Banerjee spoke on the role of field experiments in economics and addressed some common critiques; Esther Duflo discussed how evaluations have led to policies changed and lives improved; and Michael Kremer highlighted the role of experimentation in policy and product innovation.

The 2019 Nobel Laureates met at the old Stockholm Stock Exchange Building for a roundtable discussion for the television program “Nobel Minds,” hosted by the BBC's Zeinab Badawi. Watch the full discussion »

Professor Jakob Svensson, Member of the Royal Swedish Academy of Sciences and Member of the Committee for the Prize in Economic Sciences, spoke about the transformational impact of Banerjee, Duflo, and Kremer’s work. Following his speech, His Majesty Carl XVI Gustaf, King of Sweden, presented each laureate with a diploma and Nobel medal. Watch the ceremony »

Esther Duflo spoke at the Nobel banquet following the award ceremony, highlighting the significance of the prize for women in economics. Watch the speech » 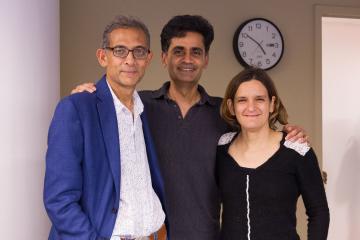 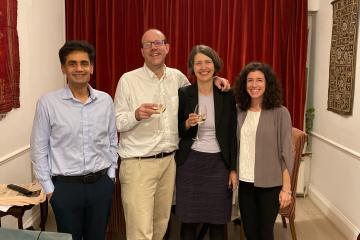