Comparing the Impacts of Industrial Jobs and Self-Employment in Ethiopia

Industrial sector development is seen as an important poverty alleviation strategy for reducing un- and underemployment in low-income countries. But how those jobs affect workers, particularly in early stages of industrial sector development, and the extent to which workers prefer these jobs over others is less well-understood. In Ethiopia, researchers randomly assigned mostly female jobseekers to receive an industrial job offer or an unconditional cash transfer, meant to spur self-employment. While they found positive impacts of the cash transfers on occupational choice, income, and health in the first year, these effects largely dissipated after five years, suggesting one-time interventions may be insufficient for overcoming barriers to wage- or self-employment.

Developing industrial sector jobs to boost hiring and build labor markets is often seen as a crucial step in broad-scale economic development and poverty reduction. However, while highly developed industrial sectors may result in competition and wage growth, factory jobs can also involve low wages and hazardous working conditions. Moreover, the growth of formal employment opportunities may lead people to make decisions that favor short-term gains over their long-term best interests. For example, youth may leave school to take factory jobs. To date, little research has examined the effects of early-stage industrialization jobs on worker well-being, economic or labor market outcomes, or the preferences of workers themselves. At the same time, recent research suggests that encouraging self-employment with cash grants and promoting entrepreneurship can lead to better earnings for low income individuals. This study evaluates the effects of both formal and informal approaches to job development in the same context.

Over the past two decades, manufacturers have been looking to Ethiopia as a potential new hub for export-oriented industry, given its size, low wages, proximity to Europe, and foreign-investment friendly regime. It is one of the fastest growing economies in the region—with GDP growth of roughly 10 percent per year from 2006 to 2016—and has become a growing export hub in horticulture, textiles, and leather. Despite this growth, 27 percent of the population continues to live on less than US$2 per day in purchasing power parity terms (PPP), and 85 percent of the workforce is employed in agriculture.1

For this evaluation, researches partnered with five firms—a beverage producer, a horticulture farm, a flower farm, a shoe factory, and a garment factory—across four regions of the country, including rural and urban areas. To participate, firms had to be in manufacturing or commercial farming and expect to hire a batch of at least fifteen low-skill, full-time workers. Of the firms approached, most conducted entry-level hiring in an ad hoc fashion, filling low-skill positions on a first-come, first-hire manner, with little or no interview process. Applicants were primarily young adult women who lived near the factories—most of whom had been unemployed for at least a month prior to the intervention. Their alternative employment options tended to be informal, casual labor, such as home enterprises and shops or wholesale trading, or agricultural work. 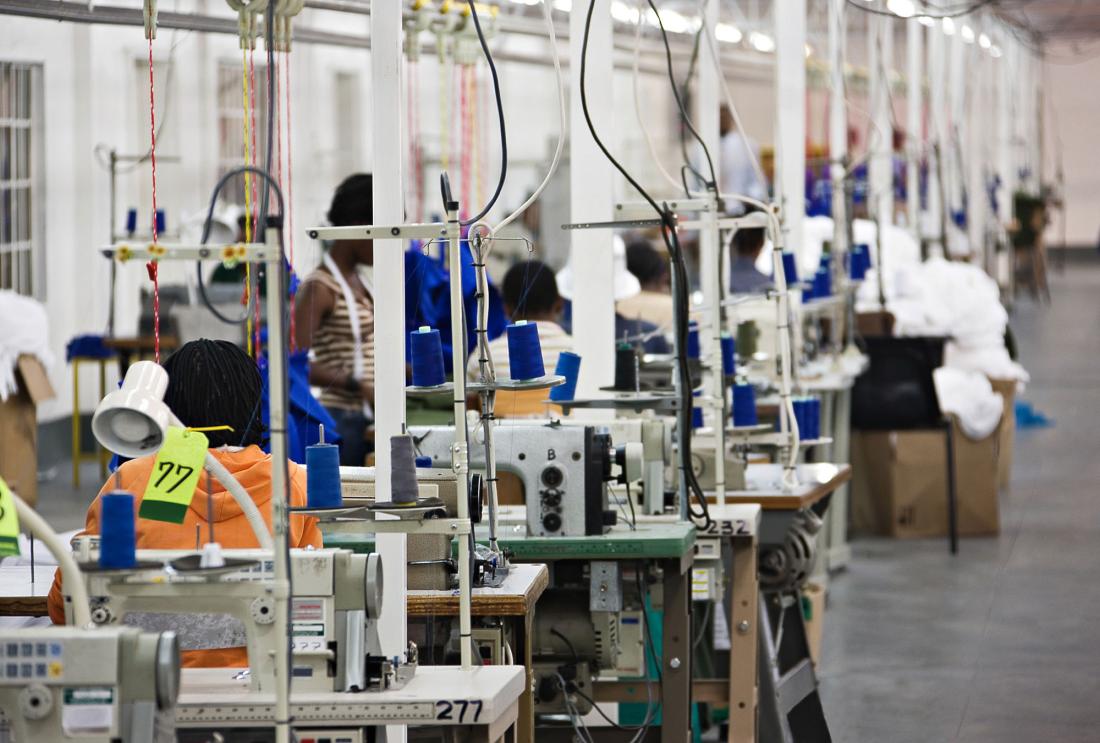 Researchers partnered with Innovations for Poverty Action, the Ethiopian Development Research Institute, and five industrial firms to evaluate and compare the impacts of industrial firm employment offers and unconditional cash transfers (or “start-up grants”). The research team randomly assigned 947 job applicants to one of three groups:

Researchers surveyed households after the initial offers of employment, eleven and thirteen months after the program began, and five years later to determine the impact of the two employment options. They also visited the factories and farms to conduct qualitative interviews with workers and managers.

Despite short-term impacts of the start-up grant program on occupational choice, income, and health in the first year, these effects largely dissipated over time. After five years, researchers saw an almost complete convergence in earnings, employment, and health across all groups. Overall, these results suggest that one-time and one-dimensional interventions may be ineffective in overcoming barriers to wage- or self-employment.

Industrial jobs: After one year, offers of an industrial job did not lead applicants to experience better economic outcomes relative to the comparison group—they did not have higher weekly earnings and their wages were also lower and hours longer than those who found informal employment. Most of those offered formal employment ultimately quit their industrial jobs; within the first month of the intervention, nearly a third had quit and within the year 77 percent had left their positions. Those that quit generally did not take up other industrial jobs, instead leaving the industrial sector entirely. Moreover, many quit without having alternative employment. After five years, participation in factory work fell from 18 to below 12 percent. These findings are consistent with the observation that these were unpleasant jobs, used by individuals as a last resort or safety net.

Industrial jobs came with health risks as well. One year after being offered formal employment, workers reported exposures to hazards such as chemical fumes and repetitive stress injuries. The probability of a serious health problem rose one percentage point for every month of industrial work. After five years, however, researchers saw no evidence of long term adverse health effects from the industrial work, suggesting these were not chronic conditions.

Start-up grants: One year after the program was delivered, recipients of start-up grants reported increased earnings and a nearly 10 percent increase in consumption over the comparison group. Weekly earnings exceeded those of the comparison group by US$1 (US$3.40 PPP), a one third increase in earnings driven mostly by business income. These results were largely driven by increased work hours, mostly through self-employment and retail trades. After the first year, 41 percent of the start-up grant group were engaged in self-employment. However, these income, productivity, and self-employment boosts disappeared after five years. It seems the cash acted as a temporary boost to earnings, rather than a permanent lift out of poverty.