An Entrepreneurial Model of Community Health Delivery in Uganda

In 2017, 5.4 million children under the age of five died worldwide, with the highest rates in sub-Saharan Africa. Many of these deaths could have been avoided with simple preventative care and low-cost treatments.1 Yet, as of 2015, half of the world’s population—mostly in low- and middle-income countries—lacked full coverage of essential health care services which could have prevented these deaths.2 Community health workers (CHWs) are community members without formal medical training that provide basic health services and connect underserved households with local health care providers.3 CHWs are typically volunteers, and the evidence on whether they are effective in reducing child mortality is mixed.4 This could be in part because CHWs experience limited incentives for their labor.

Although child deaths in Uganda have declined substantially, for every 1,000 live births in 2012, 69 children under the age of five died.5 This was 47 percent higher than the global average.6 Preventable conditions such as pneumonia, diarrhea, and malaria are among the leading causes of child mortality in Uganda.7 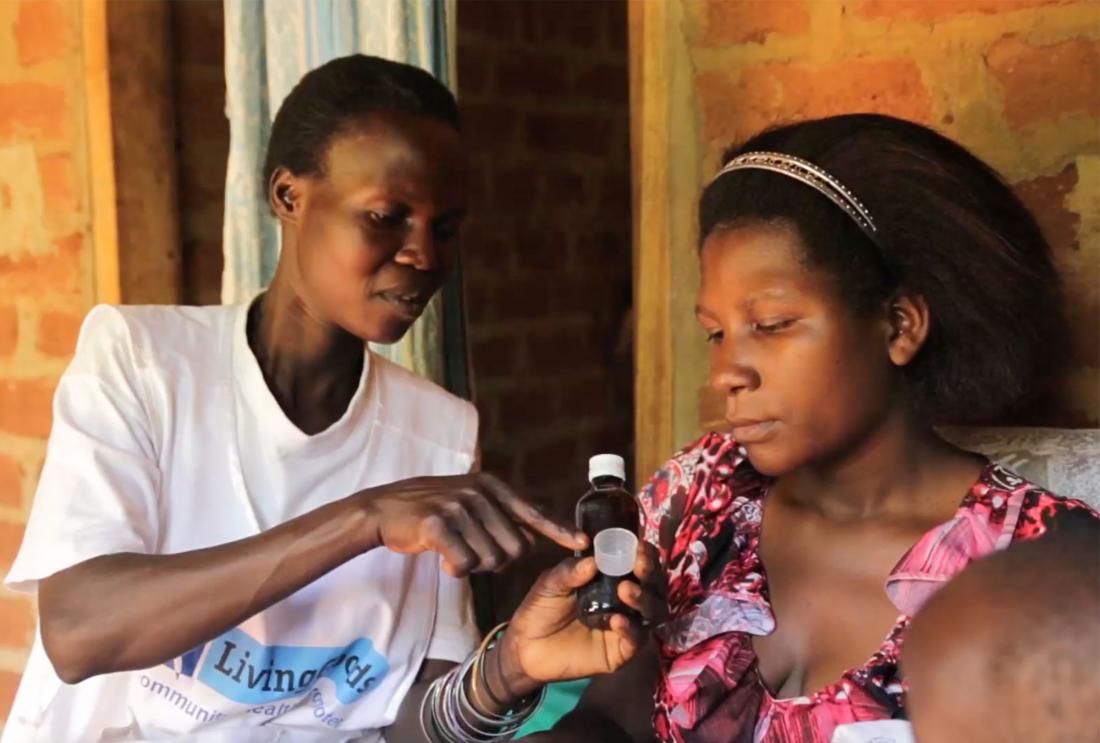 Living Goods and BRAC Uganda selected Community Health Promoters (CHPs) through a competitive process and trained them over two weeks on health education and business skills. CHPs’ main activities resembled standard activities for CHWs: providing home visits, health education, basic medical advice and treatment, and referrals to nearby clinics for more serious diagnoses. The primary difference between standard CHWs and CHPs was that the CHPs also made a modest income by selling a range of health-related commodities such as antimalarial bed nets, water filters and purification tablets, soap, and fortified foods. CHPs bought the products wholesale from BRAC Uganda and Living Goods at about 30 percent below market rate and sold them at roughly 10 percent below market rate. The CHPs also received small incentives (US$0.65) for visiting households with pregnant women and newborns, which standard CHWs usually do not receive. The diverse product mix and incentives aimed to encourage sales and motivate CHPs to visit households regularly.

Researchers randomly assigned 115 of 214 villages to participate in the CHP program. The program was fully operational by the beginning of 2011, with at least one CHP locally recruited to the program. The other 99 villages served as the comparison group, with no CHP locally recruited. Households in both treatment and comparison villages could seek care from private clinics, public health dispensaries, and an existing government CHW program run by volunteers who did not receive any financial incentives.8

Households in CHP villages increased self-reported health-promoting behaviors. Access to the CHP program impacted both preventive and curative health behaviors, which were supported by CHP’s health product sales. Higher percentages of households in CHP villages reported that they treated water before using it (which helps prevent diarrhea), that their children slept under insecticide-treated bed nets the previous night (which helps prevent malaria), and that they treated their children’s diarrhea with zinc or oral rehydration salts.

Incentivized CHWs can drastically reduce child mortality. The CHP program studied here provides CHWs with incentives to increase access to low-cost, high-impact health products and basic newborn and child health services. Results show that it led households to increase health-promoting behaviors and usage of life-saving products. This study adds to the evidence on how incentives can drive social outcomes, building on research with public health workers in Zambia and community grants in Indonesia.

However, the effectiveness of home-based interventions depends on the accessibility and quality of the existing health care infrastructure. The availability of referral services for serious health concerns was a critical programmatic component. Governments and NGOs should continue investing in facility-based health care and integrating CHW programs into existing strategies.