More than one-fifth of the world’s population lives on less than US$1.25 per day. While many credit and training programs have not been successful at raising income levels for these low-income households, recent support for livelihoods programs has spurred interest in evaluating whether comprehensive “big push” interventions may allow for a sustainable transition to self-employment and a higher standard of living. To test this theory, researchers in six countries evaluated a multi-faceted approach aimed at improving long term income of low-income households. They found that the approach had long-lasting economic and self-employment impacts and that the long-run benefits, measured in terms of household expenditures, outweighed their up-front costs. This evaluation summarizes the Honduras site, where an unexpected chicken illness destroyed most of participants’ program-related productive assets. Honduras was the only country where long-run benefits did not outweigh their up-front costs.

More than one-fifth of the world’s population lives on less than US$1.25 per day. Many of these families depend on insecure and fragile livelihoods, including casual farm and domestic labor. Their income is frequently irregular or seasonal, putting laborers and their families at risk of hunger. Self-employment is often the only viable alternative to menial labor for low-income individuals, yet many lack the necessary cash or skills to start a business that could earn more than casual labor.

In the past, many programs that have provided low-income households with either credit or training to alleviate these constraints have not been successful at raising household income levels on average.  However, in recent years, several international and local nongovernmental organizations have renewed their support for programs that foster a transition to more secure livelihoods. Combining complementary approaches—the transfer of a productive asset, training, consumption support, and coaching—into one comprehensive program may help spur a sustainable transition to self-employment. To better understand the effect of these programs on the lives of low-income households, researchers coordinated to conduct six randomized evaluations in Ethiopia, Ghana, Honduras, India, Pakistan, and Peru.

In Honduras, researchers partnered with PLAN International Honduras and Organización de Desarollo Empresarial Feminino Social (ODEF), a local microfinance institution. The study focused on in-income households with children who were not generally receiving microcredit or development assistance. Those ultimately selected to participate were identified as the least financially well-off members of the community through a participatory wealth ranking process. Within the sample, the median daily per capita consumption was US$1.32 in 2014, with 60 percent of households consuming less than US$1.25 per person per day. At the start of the study, around 40 percent of households reported that some adults sometimes had to skip meals, and 20 percent reported the same for children. 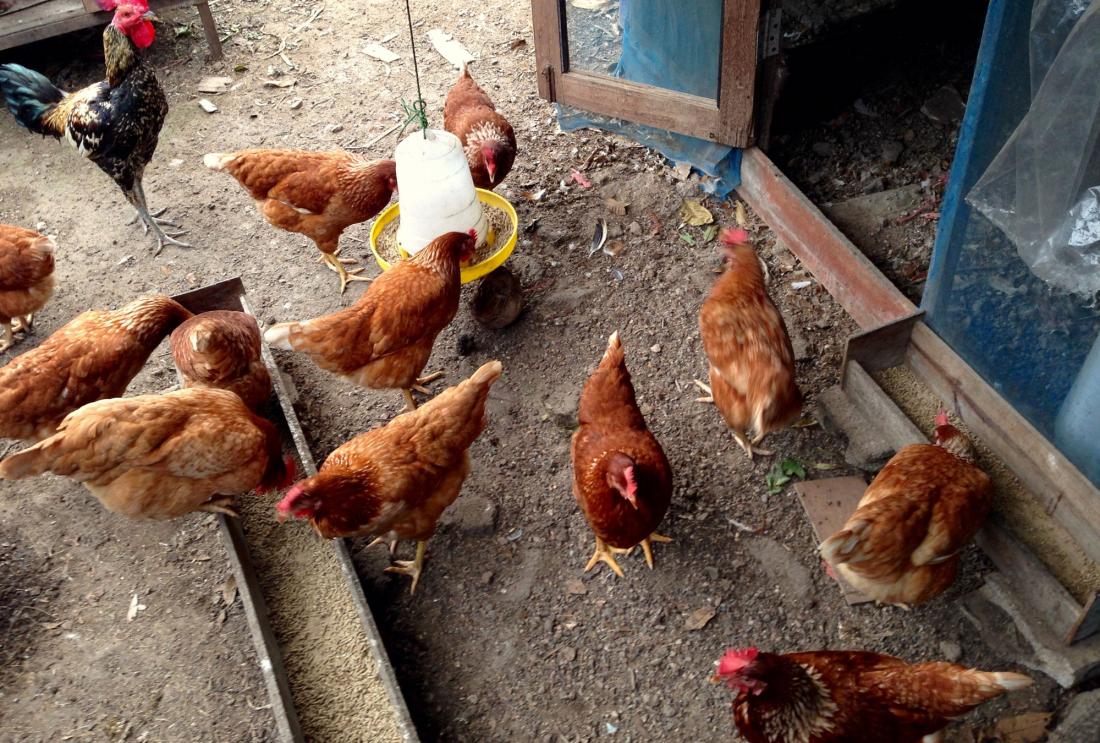 Many beneficiaries chose to receive chickens, however, illness caused many chickens to die by the end of the program. Photo: Shutterstock.com

In partnership with PLAN International Honduras and ODEF, researchers conducted a randomized evaluation to test the impact of a two year comprehensive livelihoods program (called the "Graduation approach”) on the lives of low-income households. This approach was first developed by Bangladeshi NGO BRAC in 2002 and has since been replicated in several countries. From a sample of 2,403 households, researchers randomly assigned one-third to the treatment group, and two-thirds to the comparison group, which would not receive the program.

The program began in 2009 and continued until 2011. Researchers conducted a first endline survey immediately after the program concluded, as well as a second endline survey around one year later.

In Honduras, results varied significantly from overall findings: although livestock revenues increased, total and food consumption did not change, and asset ownership declined. Researchers believe this was primarily due to the fact that a large fraction of chickens, which most households received as their productive asset, died due to illness. At both the first and second endline surveys, treatment households reported an increase in revenue coming from chickens. However, most of the chickens had died by the time of the second endline survey, leading to a decline in overall assets owned relative to the comparison group, and there was no difference in consumption among households who participated in the Graduation program and those that did not. 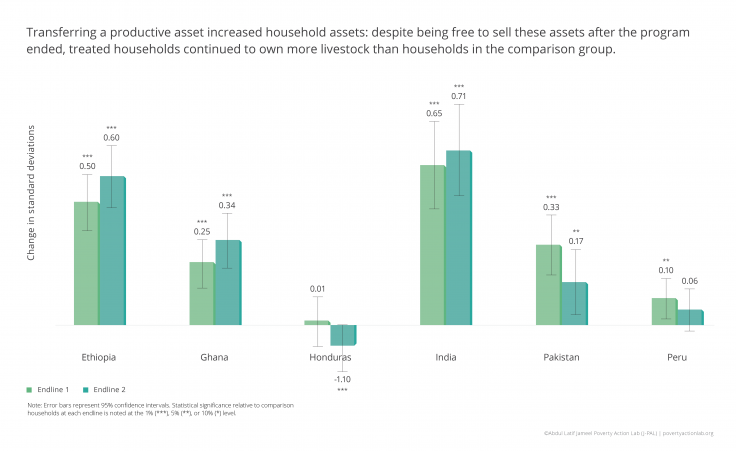 As the program did not have lasting positive impacts on consumption and asset holdings, Honduras was the only evaluated country in which the program’s costs outweighed participant benefits. Researchers calculated total implementation and program costs to be US$1,335 per household (US$3,090 in 2014). Estimated (lack of) benefits for four years of consumption and assets declines amounted to a loss of US$6,118 per household, representing an overall negative return of 198 percent. 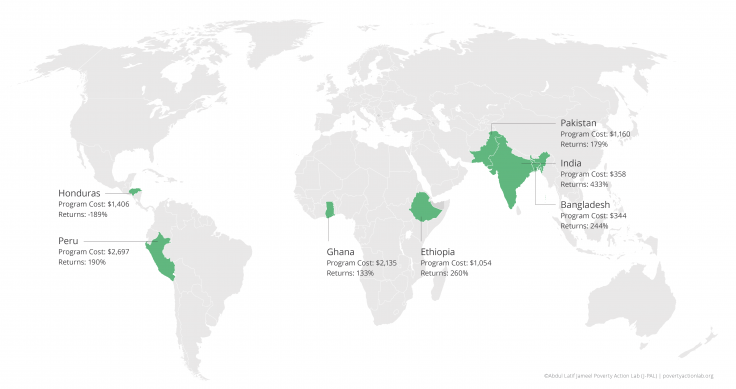 5 result(s)
What data can do to fight poverty
We can end poverty, but at what cost?
Graduation from destitution
Video: Creating sustainable livelihoods for the poorest
New data reveals which approach to helping the poor actually works