The Impact of Cash Transfers on the Educational Attainment, Sexual Behavior, and HIV Status of Adolescent Girls in Malawi

Cash transfers are an increasingly popular tool for development. Over 29 low- and middle-income countries have conditional cash transfer programs (CCTs), and over the past decade, there has also been a rise in other types of transfer programs, such as unconditional cash transfers (UCTs). CCT programs condition payments on activities widely seen as beneficial, such as by requiring beneficiaries to attend school or regular health checkups. These programs aim to reduce poverty in the short-term, but also improve welfare in the long run by developing beneficiaries’ skills, physical capital, or health. Evidence has shown that cash transfers can improve outcomes on which they are often conditioned, such as educational attainment, in the short-term. While recent evidence also suggests that CCTs can improve long-run educational attainment, it is less clear whether these programs impact indirect outcomes like fertility, employment, or earnings in the long run, after beneficiaries stop receiving payments. It is also unclear how important conditionality is to changing recipients’ behavior, as UCTs have been shown to improve child health and education without the costs of monitoring recipients’ compliance with various conditions.  Can CCTs improve educational, health, marriage and fertility outcomes in the long run, after participants stop receiving payments? Can UCTs achieve similar impacts without conditioning payments on desired activities?

When this study began in late 2007, Malawi was among the poorest countries in sub-Saharan Africa. More than three-quarters of its population lived in rural areas and most were subsistence farmers. The per capita income in 2008 was US$760, far below the regional average of US$1,973. The country also performed poorly on measures of education and health. Only 24 percent of secondary school-aged youth enrolled in school in 2008. Further, 14 percent of the adult population was infected with HIV, and among young adults, prevalence was more than four times higher for women than for men in 2004.

Zomba district, where this study took place, had high levels of poverty, low school enrollment, and high HIV prevalence, similar to other districts of southern Malawi. The study participants were unmarried girls between the ages of 13 and 22, who lived in the district’s urban center, Zomba city, as well as rural villages. Among participants who had dropped out of school by the start of the program, about 45 percent had started childbearing compared to 2 percent among in-school girls. Further, girls who had dropped out were about 2 years older than in-school girls, on average. 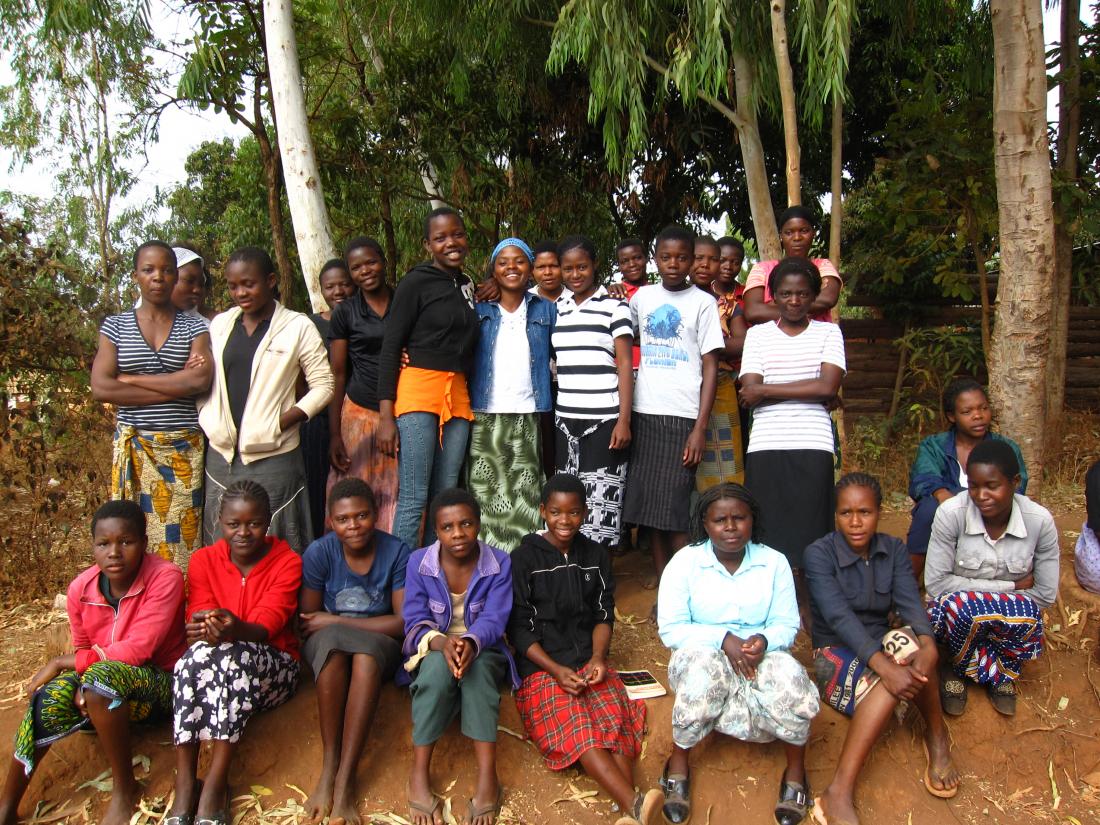 Researchers selected 176 enumeration areas (EAs), or administrative subdivisions containing around 250 households each, from urban, semi-rural, and rural areas of Zomba district for the study. In each EA, researchers randomly selected a portion of unmarried girls aged 13 to 22 to participate in the program. Researchers assigned half of the EAs to receive cash transfers while the other half served as a comparison group that did not receive transfers.

Researchers followed up with participants one to two years after the transfers began to collect information on school enrollment, attendance, fertility, and marriage and understand the short-term effects of the program while transfers were ongoing or had just ceased. Further, to evaluate participants’ sexual health, nurses and counselors certified by Malawi’s Ministry of Health tested a subset of girls for HIV and herpes simplex virus type 2 (HSV-2), a sexually transmitted infection more common than HIV, eighteen months after the program started. To understand the medium-term effects of the programs, researchers followed up with participants more than two years after participants stopped receiving cash transfers, or four to five years after they first began. By this time, participants were 18 to 27 years old.

Researchers found that CCTs and UCTs given to teenage girls and their families improved a wide range of outcomes. The unconditional variation of the program did not impact school attendance or test scores, but was effective in helping baseline schoolgirls delay marriage and childbearing in the short-term. However, short-term improvements among the UCT group quickly dissipated, while baseline dropouts who received the CCT experienced sustained improvements in educational attainment, marriage, and fertility outcomes two years after the program ended.

Taken together, these results suggest that while unconditional cash transfers may have provided transient benefits, only conditional cash transfers to baseline dropouts impacted school attainment, early marriage, and pregnancy in the medium term. However, CCTs did not improve labor market or sexual health outcomes in the medium term. Given the tradeoffs between UCTs and CCTs, policymakers should view UCTs and CCTs as complements: UCTs can guarantee a basic level of protection even for those unable to comply with conditions, while CCTs can provide an incentive to invest in health and education.

Baird, Sarah, Craig McIntosh, and Berk Özler. 2019. “When the Money Runs Out: Do Cash Transfers Have Sustained Effects on Human Capital Accumulation?” Journal of Development Economics 140: 169-185.