In 2018, microfinance institutions distributed loans to over 139 million households in low- and middle-income countries. While traditional microcredit has had limited impacts on average, some borrowers earned high returns from investing in their businesses. As such, there is increasing recognition that identifying high-potential entrepreneurs would allow governments, lenders and NGOs to offer more personalized forms of credit tailored to their borrowers’ needs and increase its impact. However, these institutions often lack concrete information with which to target resources to entrepreneurs with the highest potential to succeed. Social networks, i.e., friends, family and colleagues, may be a rich source of information. Can using community members’ information about their peers help identify and target financial resources to high-potential entrepreneurs?

Researchers conducted the study in peri-urban neighborhoods with high numbers of microentrepreneurs around the city of Amravati in Maharashtra, India. Researchers selected households to participate in the evaluation if they had at least one business with US$1,000 or less in capital and with no paid, permanent employees. On average, entrepreneurs were 40 years, had around 8 years of education, and earned INR 4,500 per month (US$2.5 per day) in profits, which accounted for half of their household income. The entrepreneurs operated across a wide range of activities, with 90 percent of participants evenly engaged across the manufacturing, retail, and service sectors.

Entrepreneurs were also familiar with other participants living closest to them in their community, whom researchers organized into groups of five. Two-thirds of respondents identified one other group member as a family member or close friend, and over half reported that they regularly discussed private family and business matters with at least one other group member. 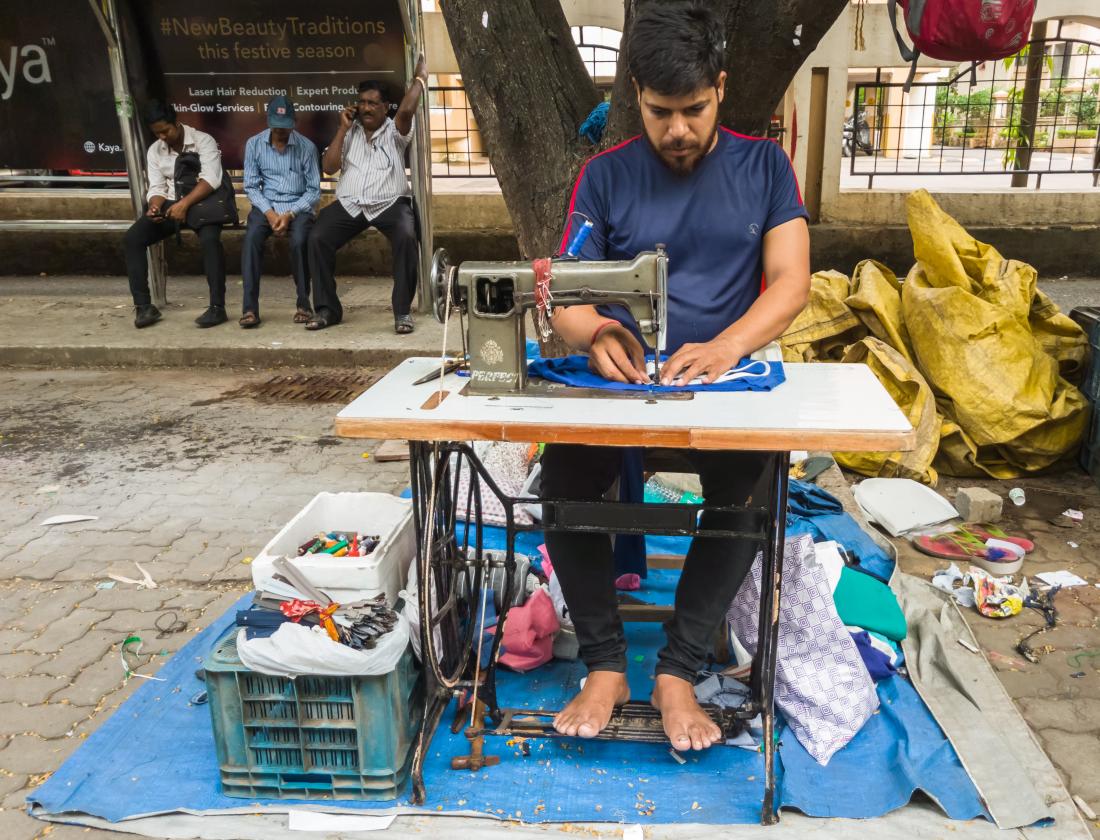 Researchers conducted a randomized evaluation to test the impact of community information to identify high-potential entrepreneurs in India. To gather information on entrepreneurs from their peers, researchers organized participants from 1,345 households into 274 peer groups of five people each, based on geographical proximity. They then invited the groups one at a time to the local town hall to participate in a lottery for a US$100 grant. Before the lottery, participants completed a survey in private that asked information about themselves and other members in their group across a range of business outcomes like revenue and profits and household-level characteristics, such as average monthly income and total assets. The survey also asked respondents to rank themselves and their peers on a range of outcomes, in particular the predicted gains in profits if receiving the US$100 grant.

For each of the three treatment conditions, researchers compared responses of participants who did and did not report their responses under that condition. For example, for the high stakes treatment, they compared treatment groups 1-4 to groups 5-8.

Researchers conducted baseline surveys with all households between December 2015 and April 2016 along with four follow-up surveys between May 2016.

Community members were able to identify high-potential entrepreneurs among their peers. However, they misreported information in favor of friends and family when they could influence who received the grant. Simple techniques like monetary payments for truthful information proved effective at realigning incentives to encourage accuracy.

Misreporting of community information: Respondents tended to distort the ranking of community members in favor of their friends, family, and close peers in the presence of high stakes, i.e., when respondents were told that their reports will influence the distribution of grants. The accuracy of responses dropped on average by 30 to 34 percent when the allocation of resources was at stake.

Encouraging accurate reporting: When community members ranked their peers under “no stakes” conditions, both offering small monetary payments to reward accurate responses and public reporting of rankings doubled the accuracy of reporting. However, under the “high-stakes” condition, giving community members the opportunity to view other’s ranking in public, rather than in private, had limited effects. Conversely, the monetary payments substantially improved the accuracy of reports by over 100 percent.

A low-cost way to improve lending: Researchers suggest that if lenders were to collect community information and provide incentives to respondents, the cost of lending would increase by INR 40 (US$ 0.7) per loan, an amount far less than the estimated gains for high-potential microentrepreneurs.

Overall, these results suggest that leveraging community information may be an effective way of identifying and targeting resources towards high-potential microentrepreneurs. Strategic misreporting by the community can be offset with relatively small monetary payments and publicly reporting responses.