The Impact of Employment on High-Risk Men in Liberia

Without special attention to creating economic opportunities for ex-combatants, they may be more likely to join rebellious groups, commit crime, and otherwise threaten political stability. In Liberia, researchers tested the effect of an intensive agricultural training program that also provided agricultural supplies and psychosocial counseling on employment activities, income, and socio-political integration. Fourteen months after the program, participants spent more time working in agriculture and less on illicit activities, and their income rose as a result. Interest in illicit and mercenary activity declined the most among men who were promised a future cash transfer instead of the agricultural supplies.

In post-conflict societies, reintegrating ex-combatants and war-affected youth often remains a challenge beyond the formal demobilization, disarmament and reintegration (DDR) process for ex-combatants.  Without special attention to creating economic opportunities for ex-combatants, who may lack access to capital or the training to compete in peacetime labor markets, these individuals may be more likely to rejoin rebellious groups and commit crime, threatening political stability. Therefore, most post-conflict countries implement some form of an employment program for young men, with three assumptions: 1) these programs will encourage lawful employment, 2) lawful employment will decrease incentives for illegal work and rebellion, 3) jobs and higher income will socially and politically integrate men into society. However, the evidence on these programs’ effectiveness is limited.

Liberia has experienced two civil wars in the last thirty years, from 1989-1996 and 1999-2003. In 2008, five years after the war ended, a large number of ex-combatants and other young men continued to make a living through unlawful activities, including unlicensed mining, rubber tapping, or logging. While the security situation had steadily improved since 2003, the government, the United Nations, and non-governmental organizations (NGOs) feared that these young men were a possible source of instability, particularly in hotspot regions where the state had little control. There was also concern that these young men could be recruited into regional conflicts as mercenaries. In an effort to reintegrate these young, underemployed ex-combatants, the NGO Action on Armed Violence (AoAV) implemented a program to train them in agriculture, a major source of employment and income for rural Liberians.

On average, participants were 30 years old, had about six years of schooling and about five years of farming experience (mostly subsistence farming). Over 70 percent of the men were ex-combatants with 47 percent working in illicit activities for some part of their income. 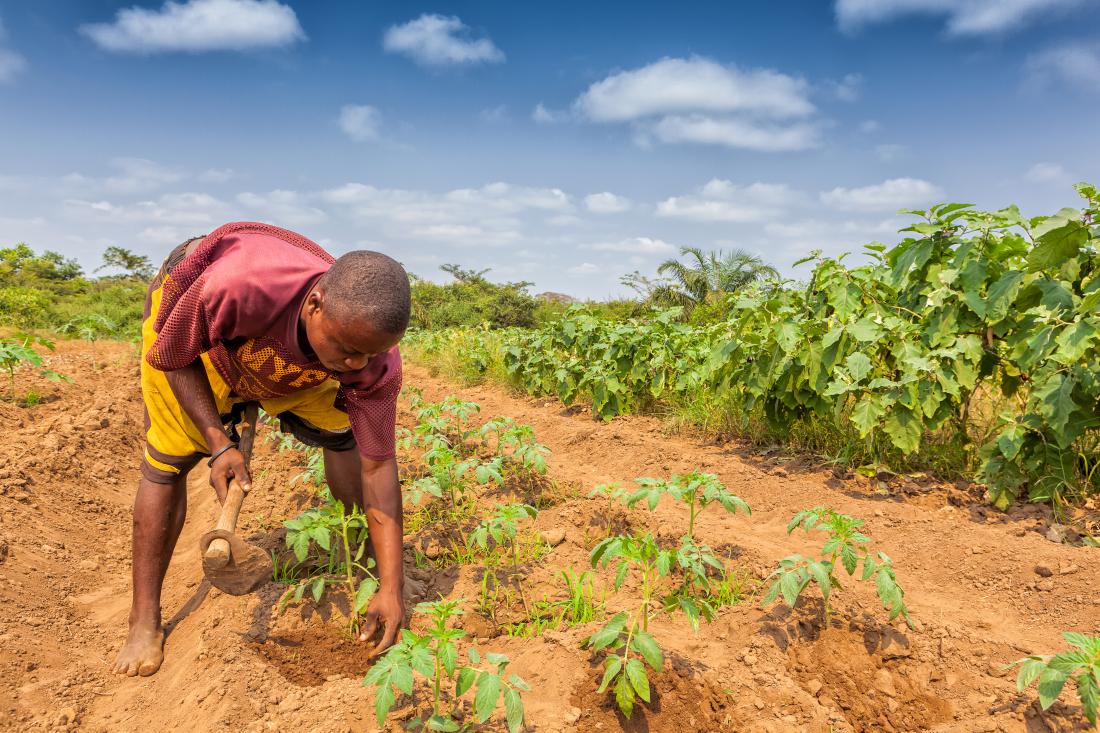 Researchers evaluated the effect of Action on Armed Violence’s (AoAV) intensive agricultural training program on employment activities, income, and socio-political integration. The program provided both physical capital and practical training in agriculture, the largest source of employment in Liberia, and integrated economic with psychosocial assistance. It also targeted youth at natural resource hotspots that presented the most immediate security concerns.

AoAV recruited 1,123 men perceived to be the highest risk to security based on their current economic activities and war experiences, focusing on men least served by previous DDR programs. Researchers randomly assigned 640 of the men to receive an offer to join the program, and the remaining men were assigned to a comparison group that was not offered the program. Participants selected for the program traveled to residential agricultural training campuses, where they received three to four months of coursework and practical training in agriculture, basic literacy training, psychosocial counseling, along with meals, clothing, basic medical care, and personal items. After the training, counselors facilitated graduates' re-entry by coordinating transport and access to land in any community of their choice. Graduates received a package of agricultural tools and supplies, valued at approximately US$125. Upon program graduation, roughly one third of participants did not receive parts of their agricultural supply package due to unexpected supply issues and were instead promised an equivalent cash transfer that was disbursed sometime after the final survey. The program's costs totaled approximately US$1,275 per person in 2009.

Researchers compared program participants and comparison group participants fourteen months after the program to evaluate the effect of the intervention.

The program increased participants' employment in agriculture and decreased the amount of time participants spent in illicit activities, while also increasing income. Interest in illicit and mercenary activity declined the most among men who were promised a future cash transfer instead of the agricultural supplies.

Engagement in agriculture: More than a year after the program ended, participants were 11.8 percentage points (19 percent) more likely to be engaged in agriculture than the comparison group, which 61 percent worked in agriculture. Interest in farming or in raising animals was 9.0 percentage points (12 percent) or 4.9 percentage points (5 percent) higher, respectively, among those offered the program. Participants on average spent about 3 extra hours working in agriculture per week, a 26 percent increase over a comparison group average of about 12 hours per week. Program participants also reported higher incomes, driven by increases in measures of permanent income like land, housing quality, and durable household assets rather than cash income. However, men who had to wait for a cash transfer spent less time farming than those who received their agriculture supply package upon graduation, suggesting that receiving training without capital limited their ability to start their farms.

Illicit activities: While the program had no impact on the likelihood of participating in illicit activities, program participants spent on average 18 percent fewer hours in illicit resource extraction, from a base of almost 16 hours per week in the comparison group, as work in agriculture seemed to partially substitute for illicit activities. The men who were awaiting their cash transfer reduced their time in illicit activities more than those who received their supplies on time (32 percent vs 15 percent fewer hours per week than the comparison group), likely because they did not want to leave their village to engage in these activities and risk missing the disbursement. These men also participated less in mercenary recruitment activities. This suggests that ongoing incentives may be more effective at deterring criminal behavior than one-time transfers of skills and capital like most AoAV participants received.

Social engagement, citizenship, and stability: The program seemed to have little effect on peer groups, social networks, anti-social behaviors, or community engagement and leadership, which were the main aims of the counseling and life skills sessions. There was also no effect on attitudes towards violence and democracy. However, participants did report having more social support, such as having people in their lives who offered advice, financial support, or emotional support.

Interest and mobilization during violence in Cote d' Ivoire: During the study, conflict broke out in neighboring Cote d' Ivoire after a disputed presidential election, with concerns that Liberian mercenaries would join the conflict. Among the entire sample, self-reported rates of interest in the violence and mobilization were fairly low. Nonetheless, program participants engaged in about 20 percent fewer recruitment activities relative to the comparison group which on average engaged in about 1 of the 12 possible recruitment activities. For example, program participants were 40 percent less likely to express willingness to join the fight in Cote d’ Ivoire in exchange for US$1000.

Taken together, these results suggest that small increases in the returns to peaceful work can reduce engagement in illicit and mercenary work, especially when there are ongoing incentives. However, employment training programs should be coupled with access to capital so participants can put what they learned into practice more easily.