The East Africa Dairy Development Project (EADD) is a program that aims to lift smallholder dairy farmers in Kenya, Uganda, and Tanzania out of poverty by boosting their milk production. One component of the program is a farmer training program in which the World Agroforestry Center (ICRAF) trains volunteer “Farmer Trainers” on multiple strategies to improve feeding of their dairy cows. ICRAF instructs these Farmer Trainers (FTs) to train other farmers in their villages on the use of improved feed practices through demonstration plots and lessons. The farmer training program is complementary to the other components of EADD, which include investment in cooling tanks for milk and veterinary services.

The farmer training program was implemented in Uganda’s Busoga region, which is predominantly agricultural and forest land cultivated by smallholder farmers. These farmers primarily focus on producing staple and cash crops like maize, cassava, and sweet potatoes, and engage in dairy farming as a side activity. Before the intervention, farmers in the region had limited knowledge on best practices for feeding dairy cows. 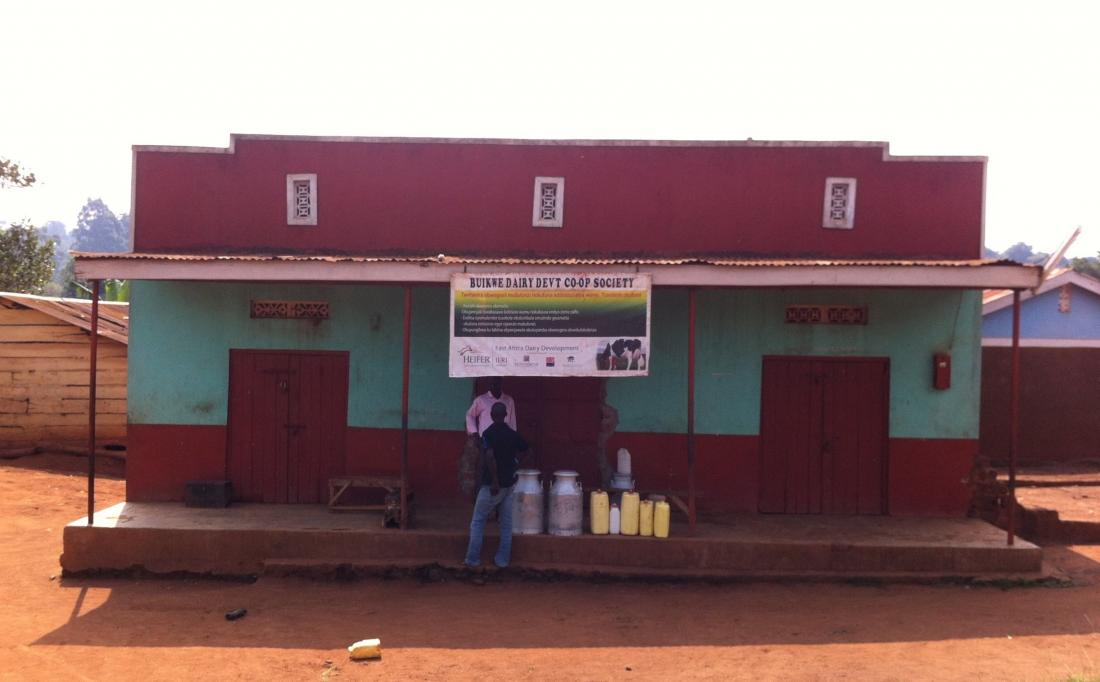 In partnership with ICRAF, researchers conducted a randomized evaluation to test the impact of the farmer training program on farmers’ knowledge and use of improved dairy farming practices, as well as dairy production and revenues. In December 2014, the research team recruited one FT from each of the 627 villages where the program was being rolled out. The research team then used a public lottery to assign each FT to either the treatment group, who would be offered the farmer trainer program beginning in 2015, or the comparison group, who would be offered the program beginning in 2017 (after the conclusion of the randomized evaluation).

A second public lottery allocated FTs from the treatment group to either the standard program alone or some combination of three program variations:

Two years after the original FT training, both FTs and farmers in villages with trained FTs had increased knowledge of improved feeding practices and had adopted improved feeding practices, resulting in higher levels of milk production. Overall impacts were larger for trained FTs than for other farmers in their villages. The linkage and signpost variations both increased the impacts of the program on FTs’ and farmers’ productivity; the needs assessment variation only improved FTs’ knowledge.

Impact on knowledge: FTs who received training from ICRAF scored 56 percent higher on a test measuring their knowledge of feeds and feeding practices than comparison group FTs (who had not yet received the training). FTs were able to pass on some of this knowledge; farmers who lived in villages with trained FTs scored 10 percent higher on the test than farmers in comparison villages.

Impact on production and revenues: Both farmers and trained FTs in treatment villages seem to have produced more milk than those in comparison villages, although the average effects are not statistically significant. Both the signpost and linkage variations increased farmers’ milk production by 20 percent over the FT training without these additions. Trained FTs experienced increased dairy revenue, but the farmers in their villages did not.

In sum, these results show that the program increased the knowledge of trained FTs, who were able to transfer some knowledge to farmers. Farmers and FTs were able to adapt their agricultural practices to include new technologies, resulting in increased milk production. Adding a signpost to encourage additional trainings, as well as establishing links to official extension agents, increased the impacts of the program. Taken together, these results suggest that a farmer-to-farmer training model can be an effective approach to agricultural extension, especially when reinforced by an existing formal extension system.