The Impact of School-Based Financial Education for Youth in Ghana 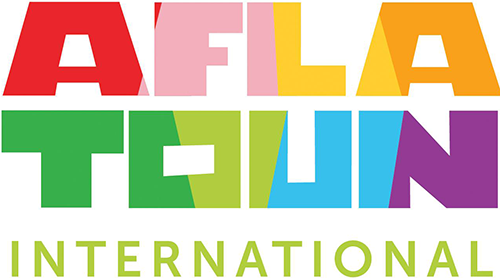 Governments and donors often support policies to promote financial literacy with the aim of improving households’ financial decisions. Greater financial literacy helps individuals to understand financial concepts, make financial plans, and better navigate the financial services and products available to them. Many of these programs target youth, because teaching financial literacy at an earlier age may be more effective in shaping long-term behaviors than teaching these skills later in life. However, encouraging children to think more about money could in theory lead them to prioritize work at the expense of school. Despite considerable policy interest in youth financial education programs, little is known about the impact of these programs on educational attainment or labor market decisions.

This evaluation occurred in three districts of Ghana. Greater Accra East and Sekondi Takoradi Metropolitan Area (STMA), a district in a coastal area in the west, are both semi-urban and wealthier than Ghana as a whole. Conversely, Nkwanta, in the east, is primarily rural and poorer. Though students from all grades were eligible to participate, researchers targeted students in grades five through seven because these children would presumably have more access to money and greater familiarity with finances. Half of the surveyed students were female and the average age was around thirteen years old. Before the program, many children already earned and saved money. Roughly one-quarter (24 percent) of students worked within the past four months. These students worked an average of two days in the previous month and earned an average of 6.9 GHS (US$4.9). Nearly half (47 percent) of students held savings. On average students’ savings amounted to 5 GHS (US$3.57).

Aflatoun, the partner on this evaluation, is a large international NGO that has developed a school-based curriculum for financial literacy training. As of 2015, Alfatoun’s curriculum had been implemented in more than 40,000 schools across over one hundred countries and reached 4.1 million children. 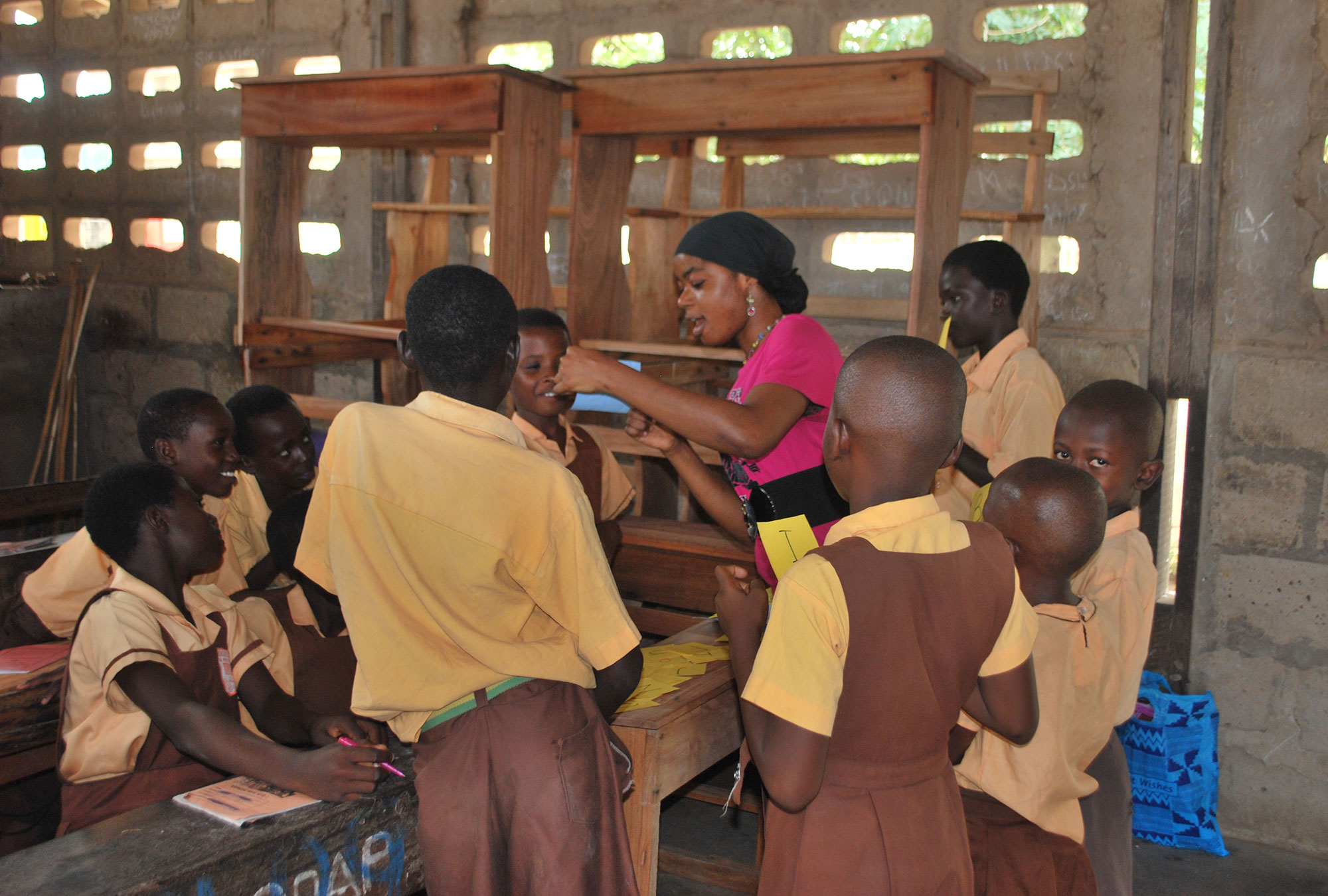 Students gather around their teacher in Ghana.

In partnership with Aflatoun, researchers conducted a randomized evaluation to test the impact of two school-based financial literacy programs on youth savings behavior, labor, academic performance, attendance, and financial literacy. Researchers randomly selected 135 schools from a larger list suggested by the government districts and implementing partners. Then, researchers randomly assigned one-third of schools within each district to one of three groups.

Innovations for Poverty Action and local NGOs trained teachers from the school to run the program and host clubs that met weekly for one hour after school. The clubs started in October 2010 and continued until the end of the school year in July 2011, holding regular meetings even after completing the curriculum, which consisted of 24 sessions for Aflatoun and eight for HMB. Researchers surveyed an average of 40 students from each school to measure if and how much they saved and worked, their attitudes towards savings, preference for risk-taking or patience, financial knowledge, self-esteem, and academic performance.

Both programs led students to save more at school, but had no impact on overall saving. The HMB program also led to a slight increase in children working.

Savings: Both the Aflatoun and HMB programs increased students’ savings at school. The proportion of children who reported any savings at school increased by five percentage points for the Aflatoun program and nine percentage points for HMB from a base of three percent (a 190 and 325 percent increase respectively). The HMB program also made younger primary school students and students who did not save before the program more likely to save. However, neither programs impacted total savings, suggesting students moved some of their savings to the school accounts rather than saving more overall.

Labor: Neither curriculum encouraged students to seek paid work and the social components of the Aflatoun curriculum were designed to discourage child labor. However, the HMB program may have increased how often or how many hours students worked. The HMB program led to a 4.2 percentage point increase in the likelihood that a student reported working in the last four months relative to 24 percent who worked in the comparison group (an eighteen percent increase). Additionally, the program increased the number of days students worked in the past thirty days from 2.2 to 2.9 days (a 30 percent increase). These results suggest that including the social component of Aflatoun’s curriculum can mitigate the negative impact of financial education on child labor.

Neither program impacted students’ savings attitude, risk-taking, spending patterns, self-confidence, or academic performance.  Researchers suggested that the limited impacts may be because these students were too young for this program to impact their savings or too few students joined the program. Future research is needed to examine the impacts of financial and social education programs on child labor.