Identifying individuals potentially infected with tuberculosis (TB) through typical screening programs is costly, as a large number of individuals need to be screened to identify symptomatic individuals. Researchers conducted a randomized evaluation to measure the impact of peer referrals by current patients on the screening and identification of TB cases. Results suggest that peer referrals and outreach by current patients to identified peers were more effective than health-worker led contact-tracing. Combining these interventions with financial rewards was found to be a cost-effective strategy to improve TB screening and detection.

Tuberculosis (TB) is a highly debilitating disease and has a high mortality rate when untreated, with symptoms including coughing of blood, fatigue and weight loss. It is one of the leading causes of death in the world. In 2016, it accounted for 1.67 million deaths globally.

There is a large gap between the estimated number of TB cases in the world, and how many are detected. To improve outreach and reduce its cost, WHO guidelines encourage high TB-burden countries to incorporate community-based outreach in national campaigns to prevent and treat TB. These guidelines include a specific emphasis on the role of communities in assisting in the detection of TB and emphasize referrals by community health workers and volunteers.

However, even in contexts with high prevalence, large numbers of individuals must be screened to identify those with symptoms that require TB testing. Leveraging the networks of current patients could improve the detection of new TB cases: current patients could have more information on potential symptomatic individuals in their network, and they are more likely to know other infected people due to shared risk factors.

While the effects of social interactions on health behaviors have been studied in other contexts, the social stigma in this context could prevent current patients from making peer referrals. Researchers were interested in determining whether financial incentives could mitigate some of these social costs.

At the time of the evaluation, India was among the WHO's “high-burden" countries for TB: the disease caused 435,000 deaths in India in 2016, with almost 2.8 million people developing active TB in the same year.  A large proportion of TB cases also went undetected. In 2016, WHO reported that India, along with Indonesia and Nigeria, accounted for almost half of the total estimated global gap between TB incidence and detection. In 2019, according to Indian government data, 89 percent of TB cases were concentrated within the age group of 15-69 years. More than two-thirds of the cases were male.

The Indian Government’s TB control initiative, known at the time of the evaluation as the Revised National Tuberculosis Control Programme (now the National Tuberculosis Elimination Programme), was coordinated by TB officers appointed at the district and state levels. TB services were delivered through the existing health infrastructure in which community centers served as treatment clinics to administer treatment to patients and monitor treatment. The initiatives also systematically engaged NGOs and private providers in its efforts. 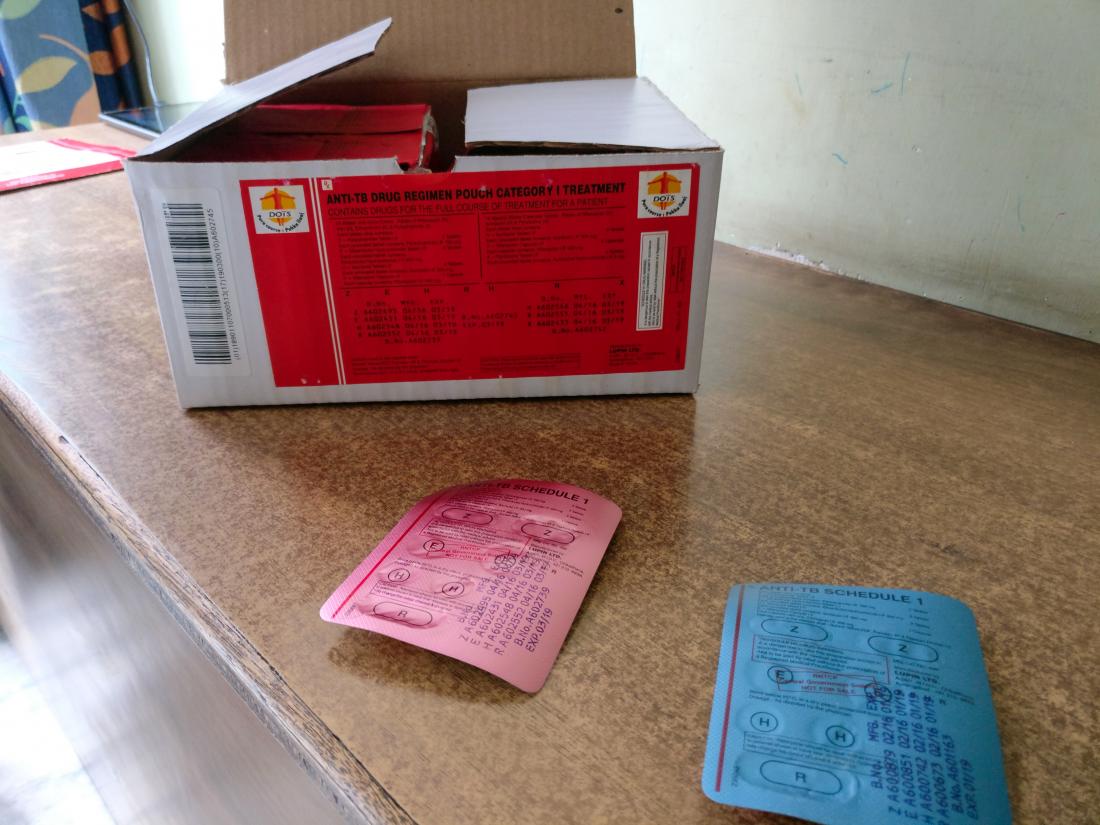 Between 2016-2017, researchers conducted a randomized evaluation to test the impact of peer referrals on the screening and identification of TB patients. They partnered with Operation ASHA, a non-governmental organization which operates a network of community health workers and treatment centers conforming to government guidelines across India.

Researchers focused on 3176 patients who were either currently undergoing various phases of treatment or had completed treatment in the three months before the baseline survey in 122 Operation ASHA centers spread across 10 cities in three states.

Under the peer referrals intervention, current patients were encouraged to think of those in their social networks outside their household who they believed to exhibit symptoms of TB. The identified individuals were then given referral cards, which they were asked to bring to Operation ASHA centers where they would be screened and sent for further testing if symptomatic. The entire process was recorded in referral registers which were updated with the relevant outcome at each step, including the result of the screening, whether the individual got tested, the results of the test, and whether the newly identified TB-positive individual enrolled in treatment.

Researchers randomly assigned Operation ASHA centers to the peer referrals intervention or to the comparison group, where community health workers carried out detection and outreach activities as in status quo. Within the peer referrals group of centers, researchers further created nine groups, varying outreach strategies and the types of rewards for peer referrals in order to understand the relative effectiveness of each in overcoming barriers limiting peer referrals by current patients:

The researchers used administrative data from the Operation ASHA centers to measure the number of peer referrals, individuals linked to a current patient and presented for screening, individuals who subsequently obtained a test, and positive TB cases.

In addition, they conducted two rounds of surveys with the sampled current patients to measure their socioeconomic characteristics, physical and psychological health, risk- and information-sharing networks, and attitudes toward Operation ASHA and TB treatment. Intake surveys were also administered to the new individuals, which measured their characteristics and their relationship with the patient who referred them.

Compared to existing screening efforts in India, peer referrals identified a large number of symptomatic patients relative to the scale of outreach. A total of 216 new individuals were screened across all nine intervention groups. Of these, 170 individuals (78.7 percent) presented symptoms consistent with TB and were sent for further testing. One hundred and twenty-three individuals who had been screened subsequently presented themselves for testing at a government center, of which 35 were found to have active TB. The infection rate among the new symptomatic individuals who were identified and tested through the peer referral schemes (28 percent) was more than twice as large as the average TB-positive rate reported in official government statistics (12 percent).

Rewarding peer referrals: Relative to status quo, while encouragement did increase peer referrals, results suggested that current patients responded to financial rewards. Being rewarded unconditionally led to an average of 0.096 new referrals per current patient, which was more than twice the number of referrals when not rewarded. Conditioning part of the reward on positive test results did not appear to have any additional effects. This pattern persisted further along the chain of the testing process, to the numbers of new individuals getting tested and positive test results. While encouraging peer referrals did not affect the number of new positive TB cases detected, providing an unconditional reward led to the identification of 0.013 new TB patients on average.

Outreach strategies: Peers were more effective than trained and paid health workers at inducing individuals to get screened and tested, even though those approached in both contact-tracing arms were identified by current patients. Results also suggested that divulging the referee’s identity to new individuals did not have any additional impacts on the effectiveness of health worker outreach. While the three strategies were comparable in their impact in increasing the number of symptomatic patients getting tested, peer referrals had a positive effect on the number of TB cases found.

Cost-effectiveness: Researchers found that it was less expensive to use financial rewards to identify a patient with TB than to not use them, since these small payments were effective in increasing the number of cases detected. Outreach by health workers was found to be 2.5-3.5 times more expensive than peer outreach, given the higher costs of compensating health workers and greater number of individuals screened and detected via peer outreach.

1 result(s)
How social networks can stop TB from spreading