Influences on Investments in Preventative Health Products in Kenya

In Kenya, researchers studied whether information or price subsidies influenced demand for a simple health product which could be effective in preventing soil-transmitted helminths (STHs). While providing liquidity and targeting women can increase demand for preventative health products, price has the greatest impact on people's decision to purchase.

Despite the apparent benefits, investment in preventative health products is persistently low in many low- and middle-income countries. There are many commonly cited reasons for such underinvestment. This study explores several of the most common. First, households may lack health information. They may not be fully aware of the health risks they face or of the role that a product can have in preventing such risks. Second, households may face liquidity constraints, and lack the ready cash to purchase preventive products. Third, there may be intra-household conflict in spending on health, particularly for children. It is important to understand the significance of each of these possible explanations in order to develop more efficient health investment mechanisms.

This evaluation took place in four countries. In Guatemala, India, and Uganda the researchers conducted smaller-scale studies which tested a subset of the hypotheses listed above. In Kenya, a wider set of hypotheses were tested.

In Kenya, the health product studied was rubber shoes, a simple technology which could be effective in preventing soil-transmitted helminths (STHs). Worldwide, over two billion people are infected helminths, the most common of which include hookworm, roundworm, and whipworm. School-aged children are often the most exposed to infection, and therefore often suffer higher worm loads. A 2004 study in the same region of Western Kenya found that 92 percent of surveyed children had at least one type of helminth infection and 37 percent had at least one moderate-to-heavy helminth infection. Worm infections aggravate malnutrition and may cause listlessness, diarrhea, abdominal pain and anemia. In terms of education, infection means a child is sick more often and therefore more often absent from school.

While worms can be easily treated after infection, initial infection may be avoided by limiting skin contact with infected soil. Hookworm helminths are most commonly contracted through the skin, typically through the feet, and a simple method to prevent infection is to wear shoes. While formal dress shoes cost approximately KES 750 (US$10) per pair, the more common type of open-toed rubber shoes cost around KES 85 (US$1.13) per pair Nonetheless, only 17 percent of children in the sample owned shoes and an even smaller percentage wore them regularly. 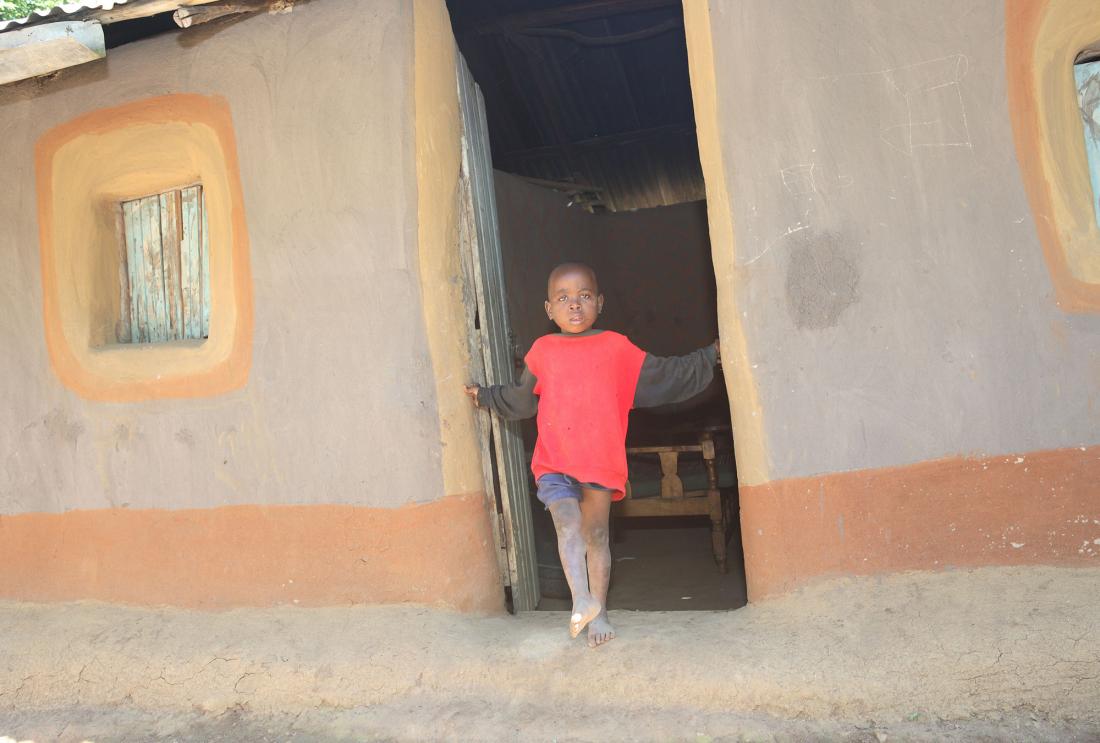 The study involved four main experimental treatments. First, the researchers estimated how much people’s demand for health products falls as price increases by providing households with a coupon offering a random discount on the shoes (KES 5, KES 15, KES 25, KES 35, KES 55, or KES 65). Second, to measure the impact of information on health investment, they randomly selected half of the households to receive an information script on the symptoms of worms, transmission pathways, and on several strategies to prevent worms, including wearing shoes, using pit latrines, and maintaining proper hygiene. Third, to measure the role of liquidity, researchers provided households with randomly varying cash payments. Fourth, to measure whether there were differences within the household in terms of willingness to invest in health technology, researchers randomly selected either the husband or the wife to receive the intervention.

A baseline survey was administered to all sampled households, administrative records from the shops were collected (along with the redeemed coupons, which were pre-printed with the household’s ID number), and a follow-up survey was conducted with a randomly selected subset of the households about three months after the baseline, once the redemption period had ended.

The information script substantially increased people’s knowledge about intestinal worms—respondents who were given the script scored 24 percentage points higher on a nine-question worm quiz over the comparison group average of 37 percent. However, it had no impact on their ultimate purchase decision.

Liquidity appears to have been an important component of demand. The cash payout significantly increased demand, especially at intermediate or high prices. On average, every additional KES 100 in cash payout increased the probability of purchase by 22 percentage points. Targeting women also affected demand. Women appeared to be more likely to invest in children’s health products, by redeeming the coupon. When a male was offered the coupon, the household was 5-9 percentage points less likely to buy shoes.

While there seem to have been important liquidity constraints and gender impacts, by far the most important predictor of shoe purchase was price: about 78 percent of the variation in health product purchases may be explained through variation in price alone. While 93 percent of households bought when the price was KES 5, only 42 percent bought at KES 65. As the market price was around KES 85, this suggests that the majority of people valued shoes at a price lower than the market price.

The researchers found no evidence that a household's purchase increased the chance that their neighbor would also purchase preventative health products. Even though parents reported that they wanted the shoes more when they saw neighboring kids wearing them, the price remained the limiting barrier. In addition, people talked about the program so their neighbors knew the prices that others in the sample paid. While an individual might be seen as a “bad parent” if they didn’t redeem a low-priced coupon, they would not be seen as such if they didn’t buy shoes at the full price.