Students graduating from high school often overestimate the financial returns to some degree programs, leading to degree choices that do not generate the expected returns. Researchers in Chile conducted a randomized evaluation to measure the impact of providing information on the costs and returns of university majors on students’ educational choices. Students who received the information were more likely to enroll in higher-value programs, thereby increasing their potential earnings and moving away from low-selectivity and high-default options. These effects were concentrated amongst students with low socioeconomic backgrounds, low standardized test scores, and weaker personal preferences for their degree programs of choice.

Whether to enroll in college, where, and what to study are choices that can have large effects on a student’s future earnings. However, students tend to have inaccurate estimates about the potential earnings of their preferred degree options—particularly so for the case of programs with high indebtedness and loan default rates—in some cases leading to overestimates about their earnings potential after college. This may result in educational choices that generate lower results than expected, possibly setting up students for a path with high debt and few resources to service it. Given that students from low socioeconomic status backgrounds are particularly prone to overestimate the future benefits of their degree choices, this misinformation could possibly threaten higher education’s potential to improve upward mobility. In response to this mismatch between expectation and reality, several countries such as the US, Australia, Colombia, Mexico, and Peru have adopted policies that give students information on the earnings and costs associated with different college enrollment choices. Does disseminating this information successfully align students’ choices about where to enroll and what to study with an education that provides a better opportunity at higher potential earnings, lower debt levels, and, ultimately, more upward mobility?

Students in Chile often finance their education with federally subsidized student loans and choose between private and public universities. Options range from high-selectivity to low-selectivity programs, including for-profit and non-profit institutions. A comparison of potential degree earnings, costs, and loan repayments with students’ own financial estimates—data obtained by researchers through administrative and tax data as well as electronic surveys sent to federal loan applicants—shows a significant gap between expected earnings and reality. Students planning to enroll in low-earning programs (programs in the bottom ten percent of the average earnings distribution) overestimate potential earnings by 139 percent, while students who aim at top-decile earning programs underestimate their potential earnings by 41 percent. The overestimation of the financial gains of degree choices is particularly present amongst students from low socioeconomic backgrounds, who make up 56 percent of the students who aim at low-earning programs. While these students are more likely to overestimate their potential degree earnings, they are also much better informed about the costs of their preferred programs. Such students overestimated the costs of educational programs by only 3 percent. Still, Chile’s context of rising student loan default rates and high student debt levels suggests financial consequences for students’ degree earnings overestimations; especially so for those who come from low socioeconomic backgrounds. 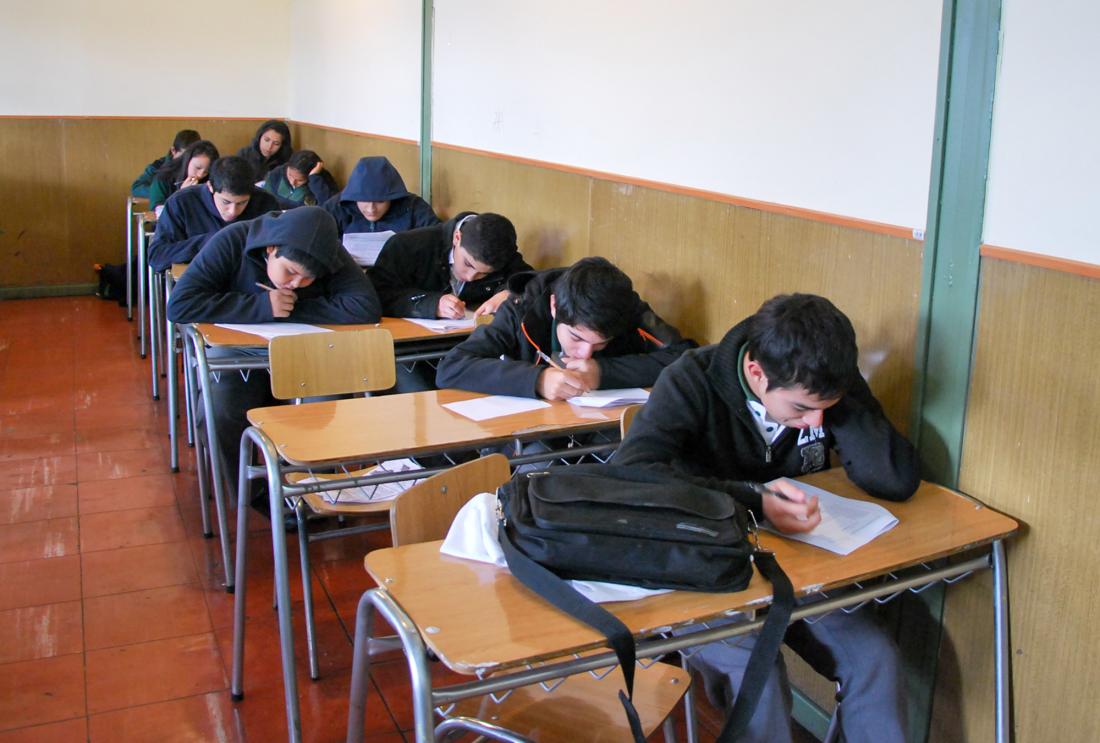 In 2013, J-PAL affiliates Justine Hastings (Brown University), Christopher A. Neilson (Princeton University), and Seth D. Zimmerman (University of Chicago), in conjunction with Chile’s Mineduc (Ministry of Education), conducted a randomized evaluation to measure the impact of the disclosure of degree earnings and costs information on students’ educational choices and earnings potential. Researchers randomly selected a set of students and informed them of their preferred degrees’ actual potential monthly earnings, costs, and loan payments, as well as of an aggregated degree “net value”, a measure inclusive of all three components. Additionally, this set of students received information about other available educational options with higher financial returns that resembled their preferred degrees. For example, if a student in this group indicated a strong preference for nutrition programs, she or he would receive information about nutrition degrees as well as financial information on nursing programs, which are in a similar field of study as nutrition but generally lead to higher earnings. Students received the information through an interactive online survey following their application for federal student loans. The survey also measured students’ degree preferences and expectations. High school seniors were randomized at the high school level, while recent graduates were randomized at the individual level in order to isolate the effects of the information itself and to prevent information sharing between students within the same school. 164,798 students participated in the evaluation—approximately 30 percent of all student loan applicants. Survey respondents–both in the randomly selected evaluation group and their counterparts–totaled 49,166 students. Researchers then collected college enrollment and graduation records to track participants’ final educational decisions and potential earnings.

In the face of this information mismatch, disclosing the predicted financial results of students’ educational choices had the effect of moving students away from low-earning programs and towards higher-earning options. Students did not change their decision about whether to enroll in college; rather, they moved away from low-selectivity and high-default programs run by for-profit institutions (such as sound engineering, cooking, and tourism majors) and towards higher-value degrees. Those who received information about the net value, earnings, and costs associated with their degree of choice, as well as data on other similar and accessible higher-value programs, reduced their demand for degrees in the bottom third of the expected earnings distribution by 3.3 percent overall. These effects are concentrated among low-socioeconomic status background and students with low standardized test scores: students with a low socioeconomic status who received the information reduced their demand for bottom-third degrees by 4.6 percent, while students with low test scores reduced their demand for such programs by 3.9 percent. Furthermore, low-socioeconomic status students were 2.4 percentage points (3.9 percent) more likely to stay in school for at least four years than their counterparts who did not receive any information. However, the dissemination of information does not seem to influence students who are more strongly committed to certain degree and institution choices, meaning that such an intervention is more likely to increase the potential earnings and change the educational choices of students insofar as their preferences are flexible.

Overall, this inexpensive electronic disclosure of information raised enrolled students’ predicted earnings by 1.4 percent and by 3.0 percent for low-socioeconomic background students, relative to the average predicted earnings of their counterparts who did not receive the information. In the long run, this increased students’ predicted earnings (net of direct education costs) by just under one million Chilean pesos (USD$1,923 at the time of the evaluation) through age thirty. Aggregated to include all federal student loan applicants, this could signify a gain of US$217 million over such a time period. These results provide evidence that filling in the gap between expectation and reality of the monetary value of educational choice can push students–particularly those from low socioeconomic status backgrounds - toward higher-earning programs and away from low-value ones.

Following the positive impact of the dissemination of information on students’ educational choices, both researchers and the Chilean government expressed a willingness to scale up the intervention on a national level. The government plans to use its online federal financial aid platforms to disseminate earnings and costs information based on each student applicant’s preferred degree choices. It also plans on continuing to use its administrative data in order to personalize and obtain educational earnings and costs information.