Long-Term Effects of a Conditional Cash Transfer Program in Nicaragua

While conditional cash transfers (CCTs) have been demonstrated to have substantial short-term impacts of on education, there is little evidence on whether their short-term educational impacts translate into longer-term benefit. Researchers conducted a long-term follow up survey with households that benefited from a national CCT program in Nicaragua that took place from 2000-2003, They found that seven years after households stopped receiving cash transfers, students that benefitted from the program at ages with high risk of drop-out show substantial sustained gains in learning outcomes.

Conditional cash transfer (CCT) programs, which offer families cash grants conditional on attendance at school or preventive health visits, have expanded rapidly over the past decade, and currently operate in more than 30 countries worldwide. There is substantial evidence that, by increasing incentives for parents and helping to offset the costs of schooling, CCT programs can significantly increase participation in school in the short term. There is also a large literature showing substantial impacts of CCTs on poverty reduction, nutritional outcomes and health. Together with education, these short-term impacts correspond to the primary objectives of most CCT programs, including the program studied in this evaluation. However, due to the high cost of providing cash transfers to families, when compared to other programs increasing short-term enrollment, CCT programs can appear relatively expensive. There is little evidence to date on whether their short-term educational impacts eventually translate into longer-term educational benefits, like improved performance on standardized tests. Comprehensive assessment of such longer-term impacts, in addition to the short-term gains in various domains, is important for more accurate cost-benefit analysis of these programs.

In 2000, the government of Nicaragua launched a national CCT program, called Red de Protección Social (RPS), that incentivized parents to invest in their children's health and wellbeing. The program lasted six years and reached over 30,000 poor rural families. The cash transfers, which were delivered every other month to a designated female caregiver within each household, came in two forms. The first was a fixed ‘food security transfer,’ which was given to all households in the program. The second transfer was a ‘school attendance transfer,’ which was available only for households with children ages 7–13 who had not yet completed fourth grade, and was contingent on those children’s enrollment and regular school attendance. For each eligible child, the household also received an annual cash transfer at the start of the school year, which was intended to cover the cost of school supplies. 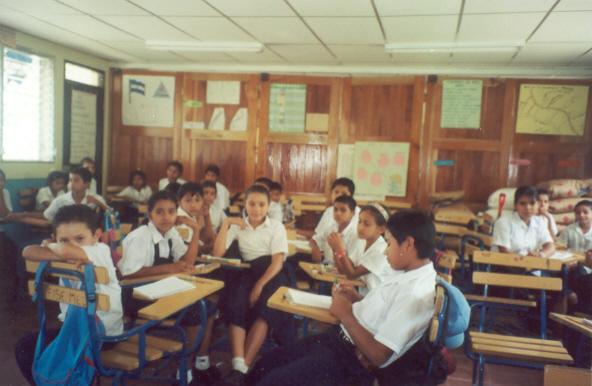 The survey included information on primary school enrollment and years of education for all household members, household demographics and basic assets , and individuals’ labor market history and economic activities. In addition, in order to determine whether the original increases in years of schooling were accompanied by increases in longer-term learning outcomes, the survey included a number of tests to assess cognition and learning achievement. Data collection efforts between 2009 and 2011 included extensive tracking of migrants throughout the country and to Costa Rica, paying off in a minimum level of attrition.