Overcoming Barriers to Fertilizer Use in Kenya

When used correctly, chemical fertilizer can substantially raise agricultural yields and productivity.1 However, fertilizer usage in farming practices remains low in many parts of the world, particularly in sub-Saharan Africa. Past studies suggest that changing farmer behavior to use fertilizer is difficult given that farmers face off-season income constraints, farmers have limited information on the benefits of using fertilizer properly, and knowledge about the benefits of fertilizer is not shared between farmers.2 A previous randomized evaluation in the same context as this study found that a savings-based fertilizer coupon program was effective in increasing fertilizer use; however, the program was not easily scalable given the logistical difficulties of delivering fertilizer coupons. Can a combination of fertilizer coupons and newer, scalable approaches to promote technological adoption and knowledge-sharing amongst farmers effectively change farmer behavior towards fertilizer use?

This evaluation focuses on small-scale subsistence farmers in rural Western Kenya, many of whom grow maize as their staple crop. All farmers in this population are extremely poor subsistence farmers, earning about US$1 per day. Previous research in this area has shown that when used correctly, top dressing fertilizer (applied to crops during the growing season) can increase yields by about 48 percent, amounting to a 36 percent rate of return over just a few months.3 However, while fertilizer rates had increased in the years before this study, only 65 percent of farmers in this study report having used fertilizer over the past year before the study began. Only 24 percent of farmers report being aware of the correct dosage of fertilizer to use to maximize profits. 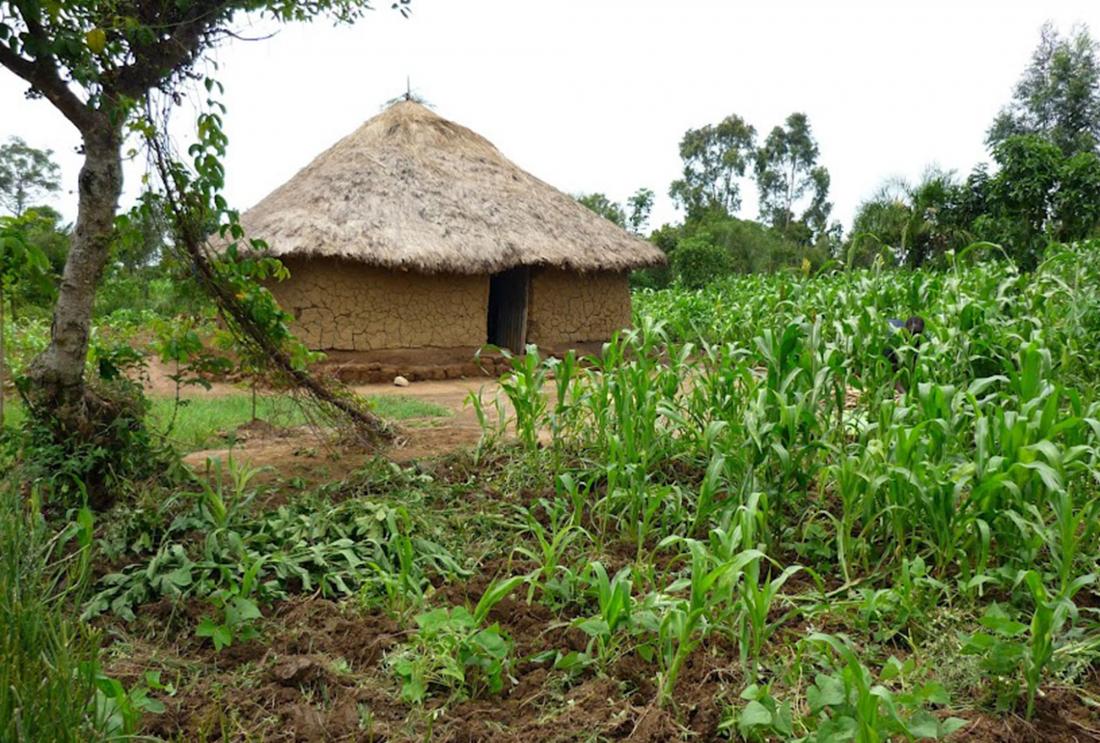 Researchers studied the effects of an intervention meant to increase fertilizer use and dissemination of farmer knowledge on fertilizer usage, fertilizer knowledge, and agriculture-related discussions amongst farmers. This intervention built off of the design of a previous randomized evaluation in Western Kenya aimed at increasing fertilizer use. Approximately 20,000 farmers have been recruited to the study through meetings at primary schools, and schools are randomly divided into four groups.

In parallel, researchers randomly selected 10 percent of farmers from each of the four groups to receive a separate technology-and-information intervention aimed at increasing fertilizer use. These farmers received half-teaspoon measuring spoons plus information about the returns to using this amount of fertilizer per plant. Researchers made the teaspoons available at a low cost in local shops and used survey data to measure whether farmers shared their knowledge about the use of spoons with other farmers.

In follow-up home surveys on a random subset of around 4,900 farmers, researchers tested whether the teaspoons were actually effective in improving fertilizer use, yields, and profits. To do so, researchers built approximately 1,200 plots on the fields of 299 farmers and have randomly assigned each farmer to one of the following groups:

During these home visits, researchers also wanted understand if seeing the results of a soil test changed farmers’ fertilizer usage. Researchers randomly assigned some farmers to receive soil tests, which gave different recommendations as to what type of fertilizer to use, and shared the results with them. At the end of these visits, farmers were given the option of receiving a small amount of fertilizer and instructions on how to set up a plot, or a bar of soap instead. Researchers measured whether these tests changed behavior by measuring farmers’ fertilizer usage and fertilizer choice.