Research on economic development has increasingly focused on the importance of good governance, both as a precondition for economic development and as a major factor directly affecting human welfare. Of all government functions, perhaps the most central is ensuring the safety of citizens with an effective police force. In order for police to function effectively, they must maintain law and order, which requires the trust and understanding of the public. Yet in many developing countries, the police are plagued with problems such as inefficiency, corruption, and an insular police culture, which hinders performance and creates negative public perceptions.

The police force of Rajasthan is no exception, struggling to improve professionalism, transparency, and responsiveness. Survey results reveal that the public views the police as corrupt, lazy, and unfair. The self-perception of police was also found to be negative, as they themselves felt overworked, unappreciated, and victims of political manipulation. Although the Rajasthan Police attempted previous reforms to improve performance and morale, the results were never clear, partly due to the lack of quantitative outcome indicators and partly because the programs were administered selectively to police stations that tended to differ from the average. 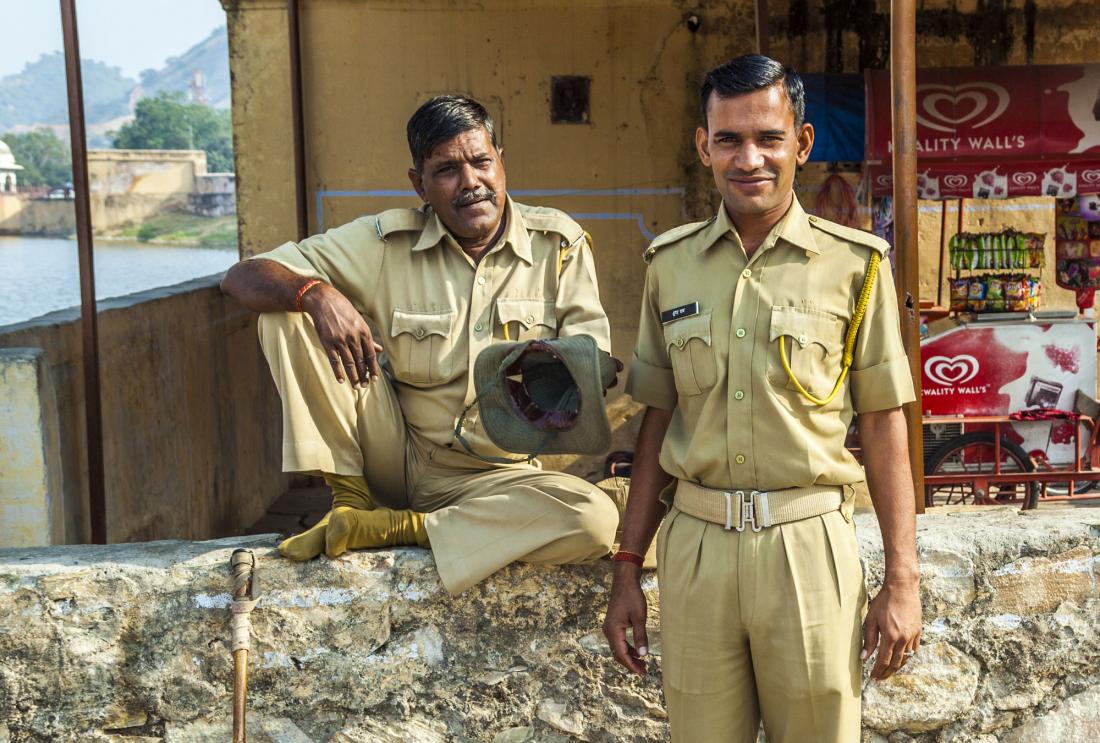 Recognizing these problems, the Rajasthan Police initiated an intervention with the researchers, which aimed to enhance police performance, improve public opinion, and gather objective information about crime rates and performance. In response to survey data that identified issues of concern, the police (with input from the researchers) designed four interventions, randomly implemented in 150 police stations in eleven districts across Rajasthan, with 25 of those stations serving as a comparison.

A significant amount of data was collected on the participating stations, on a relatively regular basis. To assess the possibility that the police stations participating in the program might change their responses or behavior simply because they are being observed by outside evaluators, an additional group of twelve stations, the “pure control,” was also randomly selected. These police stations were not informed of the project and were never visited until the final endline survey.

All treated stations received in-service training at the Rajasthan Police Academy Jaipur, which included classes to improve the competence level and scientific techniques of 292 investigating officers, and soft skills training for all personnel, including skills such as communication, mediation, stress management, motivation, and team building. All treatment stations also froze administrative transfers for one and a half years, since frequent transfers seemed to have adverse effects on personnel and their families.

Some stations also invited local volunteers, called community observers, to sit in the police station for three hours each day, observing day-to-day activities. The objective was to increase public awareness of the roles of the police and improve police behavior through informal monitoring. Finally, some stations implemented a weekly day off and a duty rotation system. The entire staff in selected police stations received one day off every seven days. Additionally, each person was given the opportunity to perform all duties on a rotating basis, equally allocating tasks among personnel. This provided a more transparent and fair work environment, potentially reducing stress.

The impact of the project was measured using a baseline and endline survey administered to 7,981 randomly selected individuals in the area surrounding the treatment police stations. This survey covered public opinion of the police, public experiences with crime, and past interactions with police. A baseline and endline survey of approximately 50 percent of all police personnel, 2,367 officers, was conducted in project centers to assess police job satisfaction, efficiency, and performance.

Impact of weekly day off, duty roster, and community observer: Having a day off each week and rotating duties caused some effect in increasing staff morale, however, these effects did not generate significant changes in perceived police performance. The community observer also had no effect on public perception of the police.

Impact of police training: In contrast, increasing the number of trained officers from zero to 100 percent raised the probability that crime victims were satisfied with police investigation by 16-21 percentage points. Since, on average, only 39 percent of victims reported being satisfied with their investigation, these improvements represent about a twofold increase in victim satisfaction. Training had little impact on other police activities, such as registering cases, asking for bribes, making arrests, or re-contacting the victim, which suggests that most of the effects of the training operated through the behavior of the police with crime victims rather than their increased investigative success.

Impact of increasing the duration of job postings: A small reduction in transfers also produced an increase in citizens’ and victims’ satisfaction. Stations with a freeze on transfers increased the amount of crime victims who were satisfied with their investigation by 14-29 percentage points.

These results demonstrate that it is possible, using the correct methods, to affect the public image of the police in a relatively short period of time, using an affordable and easily implementable set of interventions, including training and a freeze on transfer. Following the evaluated pilot program, reforms were introduced in Rajasthan to provide training in soft skills—communication, team management, leadership, and other personality development skills—to nearly the entire police force, which numbered some 100,000 officials in 2016. For more details, see the Evidence to Policy case study.

10 result(s)
Why incentives fail
Highways to the Danger Zone
Calling the Cops? Institutional Reform in the Rajasthan Police
Where Facts Are Sacred
Telling it like it is
Class Monitors
In Rajasthan, police step on reforms road, guided by MIT
Police Performance, Community Policing, and Public Perception in Rajasthan, India
Makeover Via MIT for Indian Police
Rajasthan police take MIT route to improve its performance