Social Pressure and Voter Turnout in the United States

Applying social pressure has been proposed as a way to increase voter turnout in the United States. To study the effect of increased social pressure on turnout, researchers sent households one of four randomly selected mailings eleven days before Michigan’s August 2006 primary election. All four mailings increased turnout, but informing households of their neighbors’ past voting records raised turnout among registered voters by 8.1 percentage points, making the mailing about as effective as in-person canvassing.

Voting is one of the basic ways for citizens to participate in a democracy, but voter turnout in the United States lags behind that of other developed countries. Furthermore, Americans with lower incomes vote less often than members of higher-income households, meaning that elected officials may be less likely to advocate policies that address their needs. Studies have shown that people who report feeling a greater sense of civic duty are also more likely to report voting, but there is little evidence on whether this internal sense of civic duty causes people to vote. Another proposal is that the desire to adhere to social norms may also affect voting behavior, especially if the voter perceives a strong social pressure to vote. Yet there have been few empirical studies testing the effect of social pressure on voter turnout in an actual election.

The state of Michigan held a primary election in August 2006. A variety of local measures and offices were on the ballot and there were also statewide primaries for governor and US Senate. Candidates ran unopposed in all statewide races except the Republican Senate primary. Only one Congressional district had a primary that was likely to affect the ultimate winner of a seat. The lack of highly contested races also affected voter turnout, as just 17.7 percent of registered Michigan voters went to the polls. 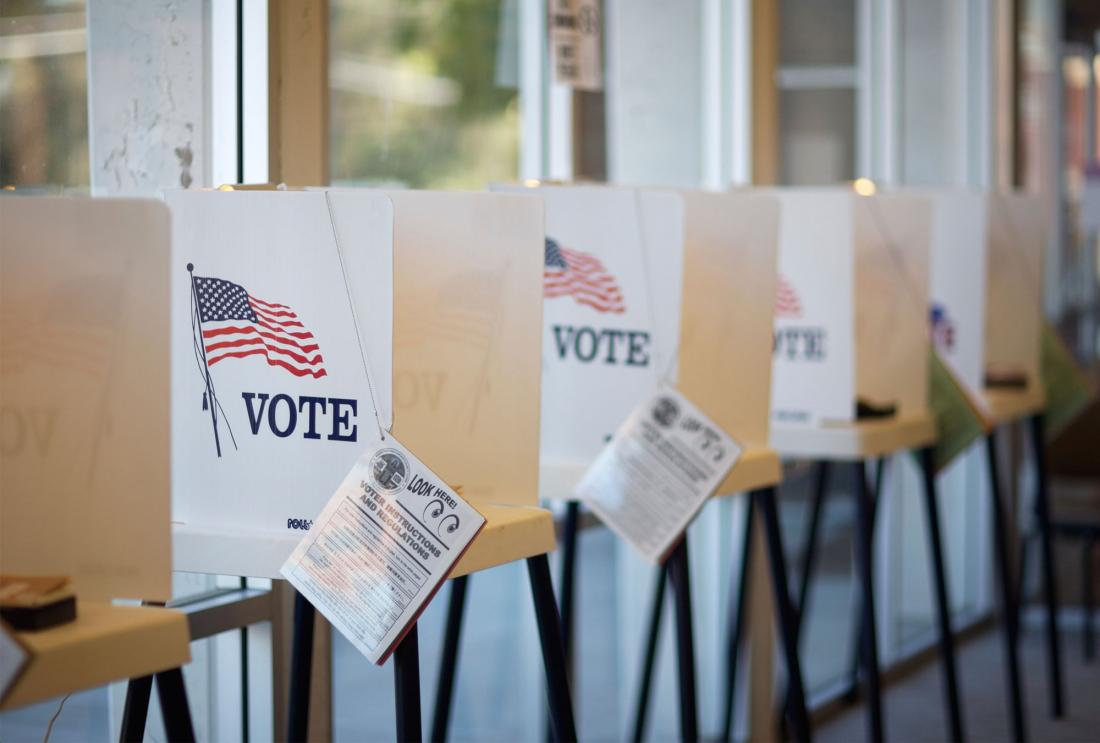 Researchers conducted a randomized evaluation to study the impact of social pressure on the behavior of registered voters. The researchers randomly assigned 80,003 households to receive one of four mailings eleven days before the primary election. The contents of these mailings applied varying degrees of social pressure. All mailings included the message, “DO YOUR CIVIC DUTY – VOTE!” The first mailing only included this appeal to the voter's sense of civic duty. The second mailing also informed recipients that researchers were studying their voting habits. The third listed the voting record of each registered voter in the household and the fourth listed the voting records of the recipient’s neighbors. The last two mailings also indicated that voters would be informed of who voted after the election. A comparison group of 99,999 households did not receive any mailings. The researchers used public voting records to monitor turnout.

The effect of the mailing with neighbors’ voting records was larger than the effects from any other study of randomized mailings for US elections and comparable with the effect of in-person canvassing. Researchers calculated that the cost of generating an extra vote in the 2006 Michigan primary with this mailing was US$1.93, compared with approximately US$20 per vote in a typical canvassing campaign and over US$35 per vote for phone banking. Furthermore, the effect endured over subsequent elections: households that received mailings with their neighbors’ voting records were significantly more likely to vote in elections in the November 2006 general election, the January 2008 presidential primary, and the August 2008 primary. The mailing with neighbors’ voting records did not impact turnout in the November 2008 general election, perhaps because memory of the mailing faded over time, but also perhaps because interest in the historical presidential contest overshadowed the effect of social pressure.

Activating and enforcing social norms can be costly and individuals often resist these changes. In fact, many households that received their neighbors’ voting records called a phone number on the mailing and asked to be removed from future mailing lists. Nevertheless, the results of this study suggest that applying social pressure—the fear that neighbors will think less of someone who doesn’t vote—reveals the importance of social norms in voters’ decisions about whether to participate in elections.