Voting and Habit Formation in the United States

Differential rates of voter turnout may contribute to disparities in political influence between individuals of different income levels. Researchers used a randomized evaluation to evaluate the impact of face-to-face canvassing and direct mail appeals during an election year on voting behavior. These interventions significantly increased voter turnout not only that year but also in the election a year after. The enduring influence of the interventions suggests that habit formation may play a powerful role in shaping voting behavior.

In democratic countries, voting is regarded as an important form of citizen participation in local decision-making. Differential rates of voter turnout may contribute to disparities in political influence between individuals of different income levels. One proposed factor to explain voting behavior is habit: people are more likely to vote in the current election if they voted in previous elections. Although this hypothesis is grounded in psychological theories, there is little empirical evidence for or against it. This study investigates the role of habit in voting behavior in a developed-country context.

This study took place in New Haven, Connecticut, a city of approximately 100,000 residents, and focused on its 1998 and 1999 elections. In 1998, the city had no municipal contests, but there were major state and federal elections. In 1999, the city held elections for mayor and the Board of Aldermen.

Elections were only moderately competitive in both 1998 and 1999. In 1998, the congressional incumbent received over 70 percent of the vote, and the incumbent governor received nearly twice as many votes as his opponents. In 1999, the Democratic incumbent mayor won an easy general election victory, and 29 out of 30 races in the election for the Board of Aldermen had victory margins greater than 10 percent. The lack of highly competitive races meant that there were relatively modest campaigning activities and no significant door-to-door canvassing during both years.

The city has a large number of minorities and non-English speaking residents, who could potentially be excluded from campaigns that use English exclusively or do not put sufficient focus on targeting minority populations. 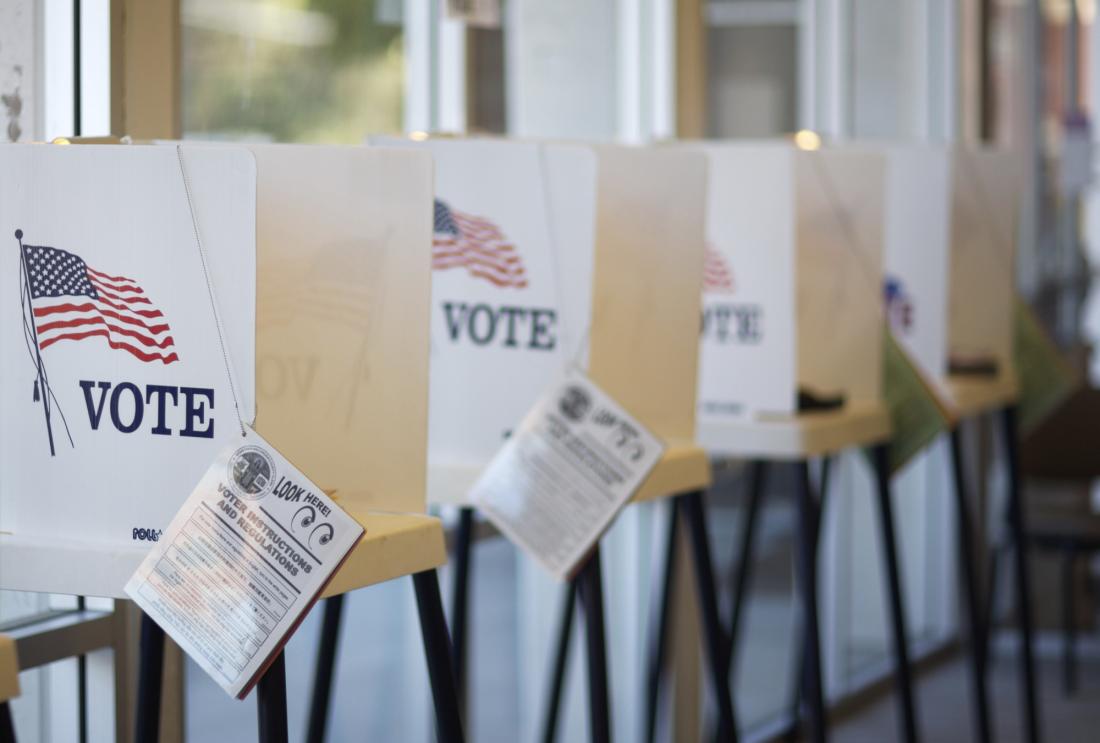 In collaboration with the League of Women Voters, researchers evaluated the effects of two interventions conducted prior to the 1998 election, face-to-face canvassing and direct mail appeals to vote.

Out of 25,200 individual registered voters whose voting behavior in the 1998 and 1999 elections could be monitored from public records, 4,950 were randomly assigned to receive the face-to-face canvassing treatment and 12,635 were randomly assigned to receive direct mail appeals to vote. For the face-to-face canvassing treatment, canvassers were sent out on the weekend for four weeks prior to the 1998 election to registered voters on the treatment list. The canvassers, upon contacting the potential voter, introduced themselves and delivered a scripted message appealing either to the citizen's sense of civic duty, neighborhood solidarity, or desire to cast a pivotal vote. A random subset of voters were also solicited for promises to vote on the election day. Care was taken to hire minority and Spanish-speaking canvassers and to ensure that to the extent possible canvassers were matched to the racial and ethnic composition of the neighborhoods where they worked. For the direct mail treatment, postcards carrying different political messages (e.g., an appeal to the citizen' s sense of civic duty, neighborhood solidarity, or desire to cast a pivotal vote) were sent to potential voters fifteen days, thirteen days, and eight days before the 1998 election. The number of postcards received was further randomized among those in the direct mail treatment group, and individuals received either one, two, or three mailings in the lead up to the election.

Researchers subsequently tracked the participation or abstention of individuals who participated in this study in the 1998 and 1999 elections through public records.

Impact on voter participation in 1999: The positive influence on voter turnout of face-to-face canvassing and direct mail interventions persisted one year after the interventions. Being visited by a face-to-face canvasser and receiving three postcards in 1998 raised participation rate in the 1999 elections by 1.1 and 1.9 percentage points, respectively. The continuing influence of the interventions suggests that many of the new voters who were encouraged to vote by the two interventions might have formed a habit of active voter participation, which drove them to vote again in 1999. For example, participating in one election might reinforce the voter' s feeling that his or her participation is meaningful and important or mitigate the voter' s anxiety about going to the polls, both of which could lead the voter to vote again in the subsequent election. The effect of such habit formation appears quite large: registered voters who were induced to vote by the encouragement given in the intervention in 1998 voted at a rate of 63.3 percent in 1999, as compared to 16.6 percent among an otherwise equivalent group of voters who did not vote in 1998. This 46.7 percentage-point difference is greater than the effects of the leading demographic or social-psychological predictors of voting, such as education and age.

These results clearly demonstrate the influence of habit on voter participation and suggest that political campaigns may have cumulative consequences on future elections previously overlooked by studies.