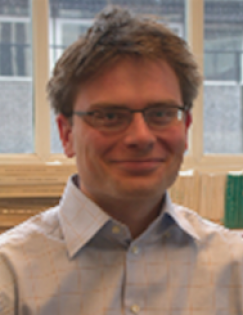 Nicholas Bloom is the William D. Eberle Professor of Economics in the Department of Economics at Stanford University. He is also the Co-Director of the Productivity, Innovation and Entrepreneurship program at the National Bureau of Economic Research (NBER), and a fellow of the Centre for Economic Performance and the Stanford Institute for Economic Policy Research. His research interests include measuring and explaining management practices across firms and countries, the causes and consequences of uncertainty, arising from events such as the credit crunch, the 9/11 terrorist attack and the Cuban Missile crisis, and the effect of innovation and IT on factors such as tax, trade, and regulation. He previously served as a Co-Chair of J-PAL’s Firms sector, as well as a member of its Board of Directors.

Nicholas earned his PhD from University of College London.

19 result(s)
Is Hybrid Work Doomed?
Is Remote Working Just Another Fad Or Actually Good For Your Business?
Gen Z Wants to Go Back to the Office, Just Not Full-Time
Post-pandemic — should we keep working from home?
The productivity pitfalls of working from home in the age of COVID-19
Working from home can make people more productive. Just not during a pandemic.
4 Ways Workplace Automation can Help HR Teams Get Work Done Right
Does Working From Home Actually Work?
Do management interventions last? Evidence from India
How Corporations Benefit From Flexible Work
A Stanford Professor Says Working From Home Makes You Happier and More Efficient. There's Just 1 Catch
The benefits of working from home
Working From Home Is ( … Probably) Not Ruining Your Social Skills
The working environment is changing—and tech is here to help
Stanford study: Letting employees work from home raises productivity
A working from home experiment shows high performers like it better
IMF lists 25 brightest young economists
To raise productivity, let more employees work from home
Audio: Stay at home workers more productive