Translating global evidence on violence prevention to the Mexican context 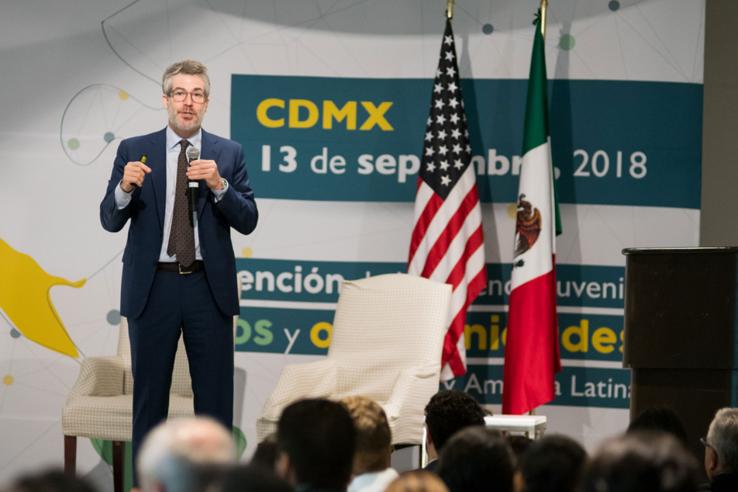 Thomas Abt, Senior Research Fellow with the Center for International Development at Harvard University, presents the main findings from the White Paper during a session titled, "What works to prevent and reduce youth violence?" Photo: USAID.

The Latin America region suffers disproportionately from criminal violence. According to the Igarapé Institute’s Homicide Monitor, 16 out of the 20 countries with the highest homicide rates worldwide are located in the region. This includes Mexico, which has one of the highest homicide counts in the world—recording over 30,000 murders in 2017.

While much of this violence has been attributed to the rise of organized crime and drug trafficking in the region—a recent report from the Justice Mexico Project cited government statistics suggesting that between a third and a half of all homicides “bear signs of organized crime-style violence”—other forms of violence have also contributed to the insecurity. Amongst these, an important category of violence in Mexico is what we might call community violence—the type of violence that involves individuals who do not necessarily know one another, is often unplanned and impulsive, and which often results in death or injury.

While we don’t have good data about the prevalence of community violence, we know that it is widespread, and we also have a growing body of rigorous evidence on efforts to reduce and prevent it. Many of the most promising, innovative, and rigorously tested prevention approaches come from countries outside of Latin America, but J-PAL and partners are now finding ways to assess whether interventions that have worked elsewhere can be applied in the region.

Analyzing the global evidence base

To analyze how Mexican policymakers might draw on this global evidence, the United States Agency for International Development (USAID) commissioned the J-PAL Latin America & the Caribbean (LAC) office—in collaboration with the Crime, Violence, and Conflict (CVC) sector—to produce a report that analyzes the evidence on existing crime prevention interventions from around the world and identifies the most relevant questions and interventions for the Mexican context. The report was led by J-PAL affiliate and CVC sector co-chair Chris Blattman (University of Chicago), together with Beatriz Magaloni (Stanford University), Thomas Abt (Harvard University), and Santiago Tobón (University of Chicago).

The review drew on evidence from over 260 rigorous quasi-experimental and experimental studies covering 24 different types of interventions for reducing community violence. These interventions ranged from intensifying police presence in urban crime “hot spots” to drawing on principles of cognitive behavioral therapy to reduce violent behavior among youth.

The authors classified each of these 24 solutions according to their potential for reducing community violence, along a spectrum from “strong evidence of effectiveness” to “strong or moderate evidence of ineffectiveness” (see Figure 1). These classifications were determined based on the number of existing rigorous experimental and quasi-experimental evaluations of the intervention and the size of its effect on youth violence and crime outcomes.

As part of the analysis, we sought to better understand how and why these programs worked—or not—in reducing community violence by identifying the precise underlying mechanisms at play for each of the 24 crime prevention strategies.

In order to contextualize the evidence to Mexico, the J-PAL LAC team conducted over 60 semi-structured interviews of local implementers of youth crime and violence prevention programs, as well as national-level experts, across five states. This diversity of perspectives allowed the team to match local inputs to federal legislation and policies.

Aside from general questions regarding implementation capacities, existing monitoring and evaluation systems, understanding of models, and implementation limitations, the team leveraged the causal mechanisms and other findings extracted from the evidence review to design specific questions for each of the interventions analyzed. These questions sought to determine whether program implementers in Mexico took into consideration what the literature identified as the most promising interventions.

For example, interviews with implementers conducting CBT-inspired programs included questions regarding the intensity and duration of the treatment, which curriculum was being used, and what other components the intervention included to reduce attrition. Furthermore, the team sought to understand why some policymakers continued to implement programs that had been shown to be ineffective in other contexts and to assess their awareness of existing evidence.

The output of these activities is a white paper that assesses the current state of knowledge in Mexico on youth crime and violence prevention, identifies important knowledge gaps in the region, and establishes relevant areas for future research in Mexico and beyond.

Specifically, the report highlights opportunities for Mexican organizations and agencies to focus their efforts on targeting and providing specialized services to the highest-risk individuals, places, and behaviors. Additionally, it emphasizes the importance of proactive, rather than reactive, approaches, and the need to test innovations in prevention and rehabilitation strategies. In this way, the review aims to help shape future policies by:

To promote the use of evidence in the design of future policies, USAID and J-PAL LAC hosted a seminar for policymakers and government representatives in Mexico City on September 13, 2018 to share findings from the white paper and disseminate a short bulletin summarizing the key takeaways. 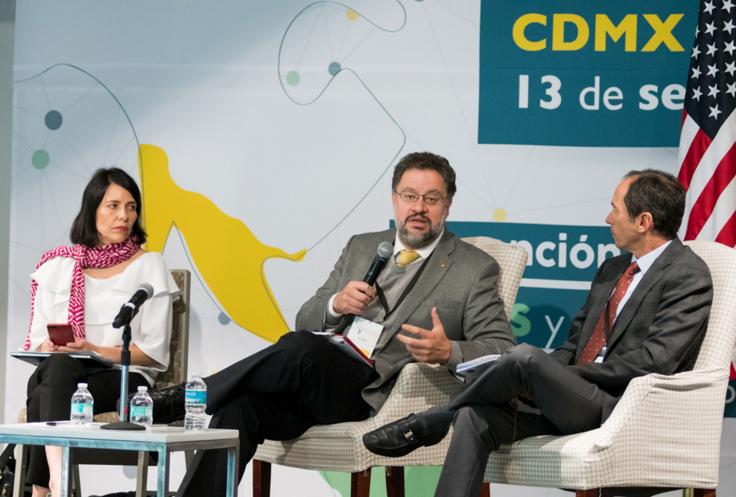 Our goal is that the white paper will serve as a starting point for an ambitious research and evaluation agenda that J-PAL LAC will push throughout the region, encouraging not only the design of evidence-informed decision-making, but also helping to build local capacity to deliver and implement such policies. 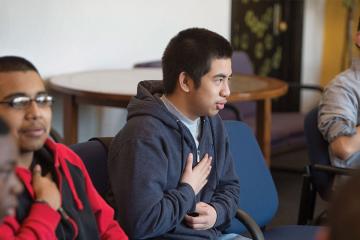 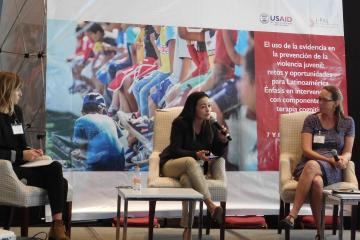 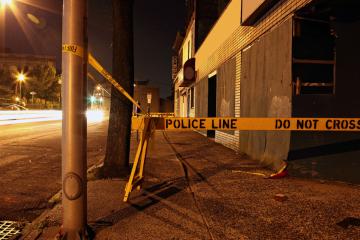