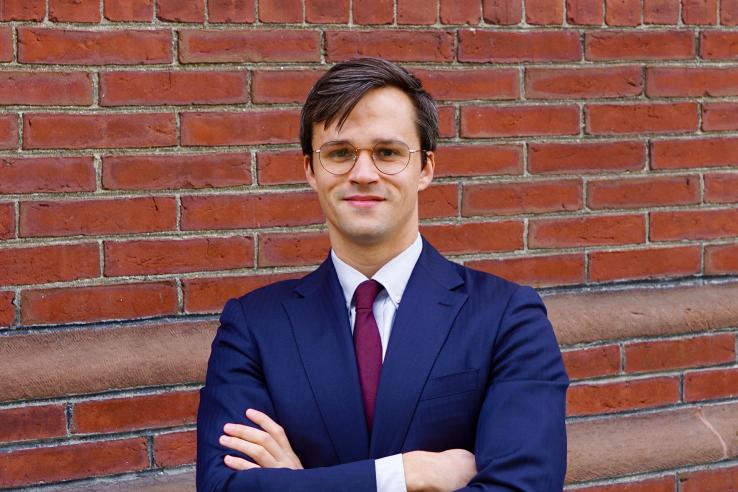 John Tebes is a former research analyst for Amy Finkelstein at J-PAL North America. Now, as an economics PhD candidate at Harvard and an incoming Assistant Research Professor of Economics at Notre Dame, he researches how public policy can exacerbate or mitigate poverty traps in the United States. He reflects on his path to academia and his research along the way.

One of my best friends grew up in a low-income, single-mother household. We played together on the same soccer team since age 12, and our friendship really illuminated the stark differences in opportunities that existed simply because of the environments that we were born into. My friend would actually go on to be the first in his family to graduate high school and then college.

His story spurred a really deep interest in figuring out how institutions could work for children like my friend, and what supports could drive social mobility by equalizing opportunity.

In terms of what got me into economics, I actually learned about J-PAL by reading Esther Duflo and Abhijit Banerjee’s Poor Economics. That was going into my sophomore year at MIT, and I would later take courses from Esther and Abhijit. Those courses illuminated how economic research could be used as this tool to both innovate and identify policies that break down poverty traps and stimulate social mobility.

What were some of your most significant undergraduate experiences, and how did they lead you to J-PAL?

I was very fortunate that Amy Finkelstein agreed to be my advisor for my senior thesis in economics. My thesis was a randomized evaluation of Amphibious Achievement, which was a dual athletic and academic mentoring program for inner-city high school students.

In this program, students would come into MIT every weekend on Sundays and do about two hours of athletic training, where they would be tracking their times. The idea was that, through instilling a hard work ethic, they could see their progress athletically. The mentors in the program also developed close relationships with students through this athletic activity that they could then bring to the classroom when “Achievers” participated in two hours of academics after athletics. I think it's pretty innovative to combine these two approaches, and it also attracted students who just wanted to show up for the athletics portion, who weren't initially as engaged in an academic environment.

I went around to high schools that had students who attended our program and collected GPA data, as well as other classroom data. We found about a half standard deviation increase in GPA, which is quite large relative to traditional tutoring and mentorship programs.

After graduating, I became a research analyst (RA) for Amy Finkelstein. While I was officially working as a RA to Amy at NBER, I mainly worked on randomized evaluations that were under the J-PAL North America umbrella.

What were some of the biggest highlights of your time as an RA with J-PAL North America?

I remember working on one randomized evaluation for a healthcare hot spotting project, where the program assigned a team of healthcare professionals, including social workers, to high-risk patients who had a chronic condition and had been hospitalized at least twice in the last six months. The idea was that, through improved case management and better preventative care, these patients could improve their health and potentially reduce the frequency of expensive hospitalizations.

In setting up that evaluation, I was able to visit the program a few times and sit in on case management visits and the consent process. And the response of some of the patients, to the kind of empathy and support that these healthcare providers were providing, was just immensely powerful. Having someone there to look out for them and to help them navigate this complex healthcare system, amid a chronic condition that has been causing them so much stress, was extremely appreciated.

My experiences as an RA clarified that economic research was the right path for me—using the economic toolkit in collaboration with practitioners to converge at better policies for those who are struggling in the status quo.

After J-PAL, what led you to get a PhD, and what have been some notable moments of that experience?

I really looked up to economists at MIT like Amy Finkelstein, Esther Duflo, and Jon Gruber. And so I thought to myself, what a gift it would be to be paid to conduct economic research that evaluates public policies to break poverty traps in the United States. The natural next step was to train in a PhD program with the goal of becoming an economics professor who studies these questions. I also really like the academic pursuit, which my RA-ship reaffirmed.

During my time as a PhD student, I’ve been very fortunate to engage with a number of interesting projects. I’m most interested in identifying the determinants of structural, social, and racial inequality in the United States, and the role that public policy may play in perpetuating or mitigating these disparities.

In that vein, my job market paper studies the effectiveness and equity of stop and frisk policies in New York City. For some context, every year, over three and a half million pedestrians are stopped and questioned by police. The people who are stopped are not a random sample. Instead, a typical stop involves an 18-to-20 year-old Black male who's living in a higher crime urban neighborhood. During the height of stop and frisk in New York City, an 18 year-old Black male living in a higher crime neighborhood was stopped an average of ten times per year. This is twenty times more frequent than their white male counterparts living in the same neighborhood.

What I do in my paper is to take advantage of a court ordered reform that reduced stops in New York City by 95 percent. This reform was unanticipated by the police, and provides an amazing opportunity to study both the effectiveness and equity of using pedestrian stops as a crime deterrence tool.

I find that treated neighborhoods that experienced twice the reduction in stop rates do not display differential increases in felonies and violent misdemeanors, shootings, or killings over the five years following the reform. On the other hand, I find that the reform reduces the probability of young men dropping out of high school by about one percentage point per year, which carries a social benefit of over $200 million per year. These effects on high school graduation rates are most pronounced among minority men.

What are your next steps after completing your PhD, and do you have any advice for people pursuing a similar path?

I am excited to start this fall as an assistant research professor at Notre Dame within the Wilson Sheehan Lab for Economic Opportunities (LEO). LEO’s mission is to break the cycle of poverty by connecting academic researchers, service providers, and policymakers to conduct rigorous economic research. Their model is actually very similar to J-PAL, where they mostly fund randomized impact evaluations of promising interventions to identify innovative, effective, and scalable programs that help people move permanently out of poverty.

In terms of advice, I would recommend getting involved in a place like J-PAL early on. If you’re thinking about going into academia, it is a really helpful way to gauge if you're interested in a life as an academic, or a life in public policy work more broadly. I think working as an RA in particular is an amazing opportunity to understand what goes into writing economics papers and the “day-to-day” of the research grind. This is especially important if you’re interested in conducting applied microeconomics research. This is all very helpful to figure out before you commit to a five or six-year PhD.

For those in PhD programs, I would recommend choosing a job market paper that answers a question that fits squarely within your specialized area of research, an area that you would want to pursue further as an academic. The job market can be long and grueling, so it really helps to be working on a project that you're passionate about. Also, the market is two-sided, so choosing a project that honestly represents your research interests enables you to present a cohesive  narrative about the type of academic you'll be, and elicits interest from places that you’d be more happy to join.

The last thing I’ll say is that, when you are preparing your job market talk, I’d recommend getting as much feedback as possible from all types of people, including non-economists. A non-economist friend should be able to follow what you're doing in your job talk, even without a technical background. While you have to be very clear and honest with the science, you also want to present a clear and convincing story of economic behavior. 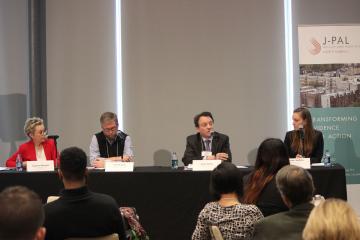 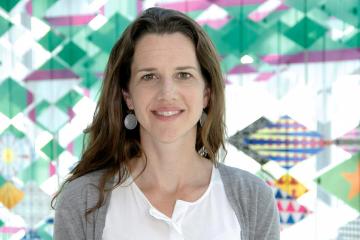