Can we support SME growth by increasing demand for their products? 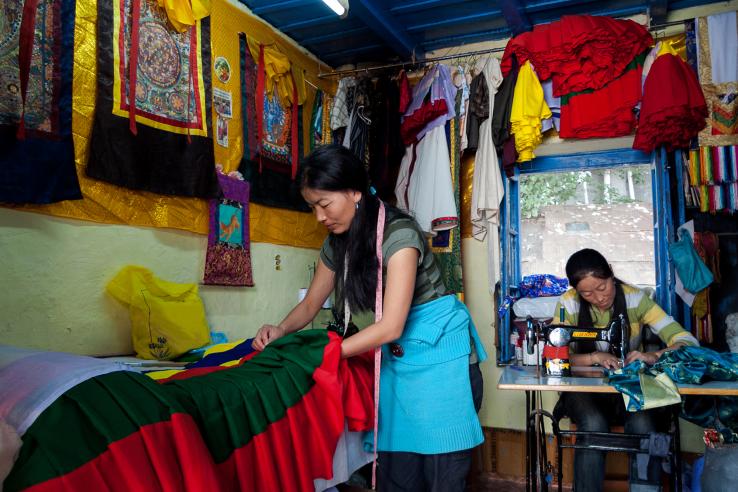 Differences in the size and wealth of economies between countries have long been the subject of much debate and discussion. While there are many theories of the sources of these differences, economists have long argued that productivity gaps between firms in the private sector are a major contributor.

As such, rigorous research and experimental approaches have sought to close this productivity gap by focusing on identifying and dismantling barriers that may restrict firm productivity and growth.

However, many of these approaches have tended to be supply-driven; that is, they focus on helping firms overcome problems that prevent them from producing goods or services. Some researchers argue that more emphasis should be placed on demand-driven growth: In other words, by connecting firms to more buyers.

The power of the customer

Imagine a small-scale garment producer with the equipment to produce 100 pink shirts a day. However, due to some barriers—perhaps difficulty procuring cotton or dye, or finding workers with the right skills—our garment producer is only able to produce 50 shirts a day, much less than the amount she has the potential to produce. This limits her ability to make more sales, greater profits, and grow her firm.

Many approaches (and much of the literature) have focused on alleviating supply-driven barriers. But what if an intervention designed to support our garment producer instead focused on increasing demand for pink shirts?

If interest in pink shirts suddenly took off as a result of a marketing campaign, for example, this would increase the volume of orders, and our garment producer would be incentivized to invest in faster pink-shirt-making equipment, looking to replace inefficient processes with more efficient ones. The firm would become more productive in its operations and may even seek to expand its operations and hire more workers.

There are far fewer experimental studies on demand-side interventions relative to supply-side constraints.

More specifically, there isn’t enough rigorous evidence to help us clearly understand the channels through which connecting to new buyers can lead to firm improvements, and understanding these channels are critical for policymakers who are designing programs to facilitate and promote greater market access.

But designing and evaluating programs to answer these questions is much easier said than done, as there are significant challenges and limitations to rigorous evaluation. Some may view randomized evaluations of trade policies, for example, as impractical, because they are often large-scale policies that reach an entire population (and hence difficult to randomly assign).

However, in recent years, a growing number of randomized and quasi-experimental evaluations have overcome these constraints in creative ways and have made important contributions to our understanding of demand-side issues. In light of this, we review a selected few of these studies here and discuss some key takeaways.

J-PAL affiliates David Atkin and Adam Osman, with Amit Khandelwal, published a study in 2017 in which they were able to identify the causal effect of enhancing access to foreign markets. In their study, in collaboration with implementing partners, researchers secured export orders through trade fairs and direct marketing channels and randomly offered small-scale rug manufacturers the opportunity to fill these orders.

They found that discussions and learning between buyers and firms helped to improve the technical ability of firms to produce higher-quality rugs. This subsequently allowed them to sell rugs at a higher price, leading to increases in monthly profits of up to 26 percent.

Similarly, in a quasi-experimental study, J-PAL affiliates Claudio Ferraz and Frederico Finan, with Dimitri Szerman, compared winner and runner-up bids for government procurement contracts in Brazil and found that winning at least one contract increased the likelihood of firms getting more business in the future. Firms were also more likely to enter new auctions, and increase the variety of products they sell to appeal to a wider set of customers. This subsequently led to firm growth and an increase in the number of employees hired by a firm by 2.2 percentage points over one quarter.

Although we mention just two studies here, they are already incredibly informative in helping us understand how markets provide firms with a higher incentive to upgrade efficiency and quality.

But reaching new markets can be challenging

Despite the potential good that can come from trade, firms can be shut out from new or larger markets for many reasons.

1. Unreliable transport networks: It's a long way to the shop

Our garment producer may be efficiently producing hundreds of pink shirts, but getting the merchandise to the customer requires hours of driving on poorly paved roads and offloading onto a freight train that may not arrive. While there is a rich body of non-experimental literature here that shows how improvements in transportation infrastructure have been associated with improved labor and firm outcomes, experimental and quasi-experimental studies are few and far between.

For example, in a 2017 quasi-experimental study, J-PAL affiliates Wyatt Brooks and Kevin Donovan found that new footbridges in Nicaragua incentivized farmers to invest more in intermediate inputs, such as fertilizer and pesticides, and farm profits increased by 75 percent. Yet Victor Couture and co-authors found in a 2018 study that investment in transport logistics as part of the rollout for an e-commerce platform in rural China did not have any effects on income, labor, sourcing of inputs, or entrepreneurship (although there were sizable effects on household wellbeing).

Of course, the intervention and contexts differed dramatically between these two cases, but the studies illustrate that the connection between infrastructure and firm growth may not be as clear as one would think.

2. Lack of information: Knowledge is half the battle

Firms also face non-physical barriers to trade. Fashionistas who advocate for more pink clothing may simply be unaware of our garment producer and the high quality pink shirts that she produces. Providing information or raising awareness about high-quality firms could increase competition within the pink shirt industry and allow high performers to grow and expand.

For instance, J-PAL affiliate Asim Khwaja, with Tahir Andrabi and Jishnu Das, found in a 2017 study that parents who were provided information about the quality of their children’s private schools in Pakistan exerted greater pressure on the schools to perform, leading to increased test scores of 0.11 standard deviations.

3. Matching difficulties: Hello, is it my firm you’re looking for?

And finally, as one last example, there may simply be existing tensions in certain contexts that make it difficult to engage in trade. Our garment producer may want to sell 100 pink shirts to a high-end boutique, but in the absence of strong legal structures or third party enforcement, the boutique could easily default, refuse to pay, or simply walk away.

As such, our producer may have to rely on other characteristics to determine if a business relationship is viable, perhaps only preferring to do business with people that were referred or recommended. This limits the pool of customers that firm owners want to engage with.

It is unclear to what extent such frictions are an important barrier to trade, but one study provides suggestive evidence that firms do engage in different business strategies depending on the customers’ observable characteristics. In a 2008 study, J-PAL affiliate Antoinette Schoar, with Raj Kamal Iyer and Sandya Kumar, found that pen wholesalers in India preferred to give better deals to buyers who come from the same ethnic group, suggesting that ethnicity of parties played an important role in determining the interaction between buyers and sellers.

While we have highlighted a growing number of experimental and quasi-experimental studies that speak to demand-side interventions for firms, there is still much we do not know about how demand drives firm growth, and the effective strategies to foster demand. Indeed, many of the studies we have highlighted here raise more questions!

Fortunately, identifying these open questions and acknowledging the gaps in the evidence base are concrete first steps towards filling them. This is an area that J-PAL’s Firms sector is actively working on, and we hope to encourage more researchers to experiment and improve our collective understanding of what works to help firms grow. 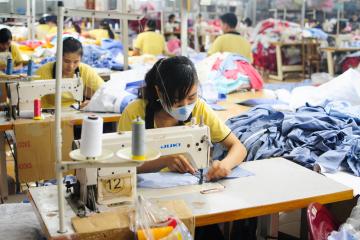 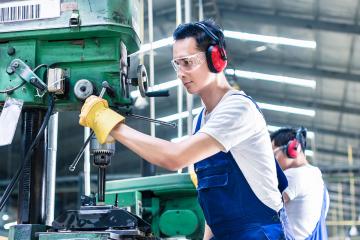