Benchmarking Cash to an Employment Program in Rwanda

Sub-Saharan Africa has a young population, but youth unemployment rates in the region are high. In Rwanda, researchers conducted a randomized evaluation to compare the impact of Huguka Dukore, a youth employment and training program, to that of cash grants of an equivalent value on several economic outcomes. Huguka Dukore improved hours worked, assets, savings, and subjective well-being, while cost-equivalent cash transfers increased all these outcomes as well as consumption, income, and wealth. In the head-to-head costing comparison, cash proved more effective across a number of economic outcomes, while training outperformed cash only in the production of business knowledge.

Sub-Saharan Africa has a population of over one billion people, half of whom will be under the age of 25 by 2050.1 A young population provides an opportunity to benefit from many productive years while bearing a limited burden of dependency from older generations; however, this may not be possible if young people are unable to find productive employment.

Previous research on active labor market interventions, such as vocational training and wage subsidies, has shown some positive effects on employment and income, but the impacts tend to be small and variable across studies. On the other hand, research has found that recipients of unconditional cash transfers invest in durables, productive assets, and microenterprises, suggesting that cash may be a reasonable alternative in delivering economic livelihood assistance to youth. How does the impact of a youth employment and training program compare to the impact of providing cash grants of equal cost?

In spite of gains in formal educational attainment, youth unemployment rates in sub-Saharan Africa remain high. In Rwanda, where this study took place, 40 percent of the population is between the ages of 14 and 30, but 65 percent of these youth are unemployed.

Aiming to support 40,000 youth in Rwanda, the Huguka Dukore program is a five-year project (2017-2021) providing employment preparation, individual and cooperative youth microenterprise start-up support, and business development for existing microenterprises. The program consists of a number of separate modules that are taken serially over the course of a year. The first module, taken by all students, focuses on eight topics: personal development, interpersonal communication, work habits and conduct, leadership, health and safety at work, worker and employer rights and responsibilities, financial fitness, and exploring entrepreneurship. From there, students choose the additional modules and the sector of work in which they receive additional training.

To be eligible for Huguka Dukore, participants must be between the ages of 16-30 with six to twelve years of education and come from households in the two lowest-income levels. In addition, Huguka Dukore specifically recruits women, youth with disabilities, and those who have been out of school for three consecutive years. In Rwamagana, Muhanga, and Nyamagabe districts, study participants were low-income, underemployed youth who expressed willingness to participate in a training program prior to the start of the intervention. Just under 60 percent of study participants were female, with an average age of 24 and 7.6 years of education. Thirty-two percent of participants resided in households categorized by the government of Rwanda as “extremely” poor, and participants on average had a yearly income of about US$190. Thirty-three percent were employed before the start of the intervention. 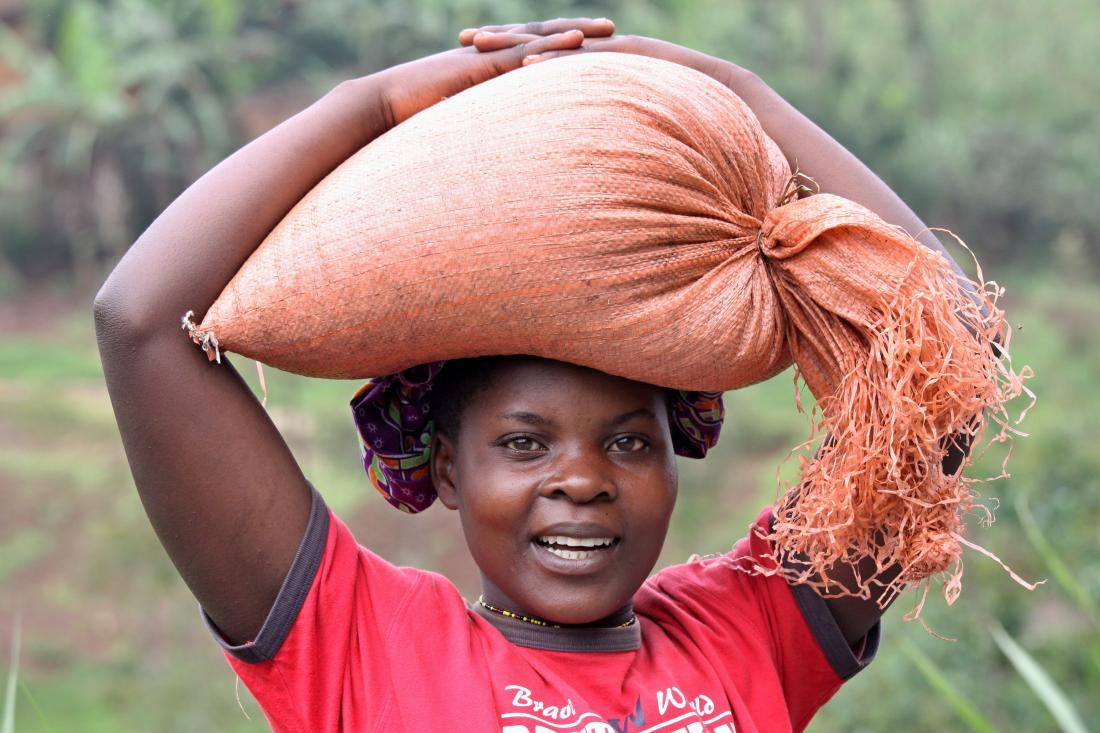 Researchers conducted a randomized evaluation to benchmark the impact of Huguka Dukore to providing cash grants of an equivalent cost on employment status, time use, income, household consumption, and productive assets. To compare the cost-effectiveness of Huguka Dukore to cash transfers, as well as to better understand the potential complementarities between the different types of programs, the researchers undertook a cash benchmarking exercise, or the direct comparison of in-kind to cash transfer programs in a single setting. To do so, they worked with GiveDirectly, a US-based nonprofit organization that specializes in making unconditional household grants via mobile money.2

Of the 2,275 individuals who attended an orientation meeting and signed up for Huguka Dukore, 1,848 youth enrolled in the study. Thirteen public lotteries were used to randomly assign the youth into four groups:

The Huguka Dukore program was implemented from January to November 2018, and the cash transfers were delivered between May and July 2018. Researchers conducted surveys prior to the start of the program from December 2017 to February 2018 and follow-up surveys from July to August 2019 on employment, work hours, assets, income, consumption, wealth, and well-being—which was measured based on questions about happiness and life satisfaction. Researchers also planned to conduct additional follow-up surveys 36 months after the initial surveys to assess the longer-term impacts of the programs.

Huguka Dukore was successful in improving productive hours worked, assets, savings, and subjective well-being. Cost-equivalent cash transfers improved all of these outcomes as well as consumption, income, and wealth. In the head-to-head costing comparison, cash proved superior across a number of economic outcomes, while training outperformed cash only in the production of business knowledge. All results reported were measured fifteen months after Huguka Dukore was offered and fourteen months after the cash transfers took place.

Costing comparison: In the head-to-head costing comparison, youth benefited more from cash transfers across a range of indicators central to economic welfare. The only outcome in which Huguka Dukore outperformed cash was increasing business knowledge.

Taken together, these results demonstrate that cash transfers had a larger impact on the indicators central to recipients’ economic welfare. Each intervention had a distinct set of benefits, and little was gained by providing them together. This suggests that there were no complementarities between the cash-transfer impacts and the skills provided by Huguka Dukore. Additionally, because the US$411 transfers appeared to be the most effective at improving outcomes, transfers larger than approximately US$400 had limited additional value in this context.

The World Bank in Africa, “Overview.” Available at: https://www.worldbank.org/en/region/afr/overview