As of 2005, Kenya had one of the largest HIV-infected populations in the world—approximately 7 percent of Kenyans were infected. To test the impact of information on teenagers’ sexual decisions, a “Relative Risk Information Campaign” was conducted in 71 schools to give students information about the distribution of HIV infection rates by age and gender groups and discuss the role of cross-generational sex in the spread of HIV. The information led to a significant reduction in unwanted teenage childbearing with older partners, suggesting a decrease in unprotected sex with older partners.

The vast majority of HIV/AIDS cases occur in sub-Saharan Africa, where nearly 2 million people become infected with the virus every year. One quarter of these new HIV infections are among people under 25, and the great majority are due to unprotected sex. AIDS is incurable and no successful HIV vaccine has been developed, so policymakers must focus on other preventative measures. Ensuring the adoption of safer sexual behavior among youth remains critical to preventing the transmission of the virus.

Kenya has the eleventh largest HIV infected population in the world -- over 6 percent of Kenyans are infected.1 Children are seen as a “window of hope” in the fight against AIDS, because their sexual patterns are not firmly established. In an effort to prevent HIV infections in new generations, the Kenya Ministry of Education, Science, and Technology integrated HIV/AIDS education into the primary school curriculum in 2001. However, by 2003, this curriculum had not been fully implemented, likely due to teacher inexperience and discomfort with talking about this sensitive material. 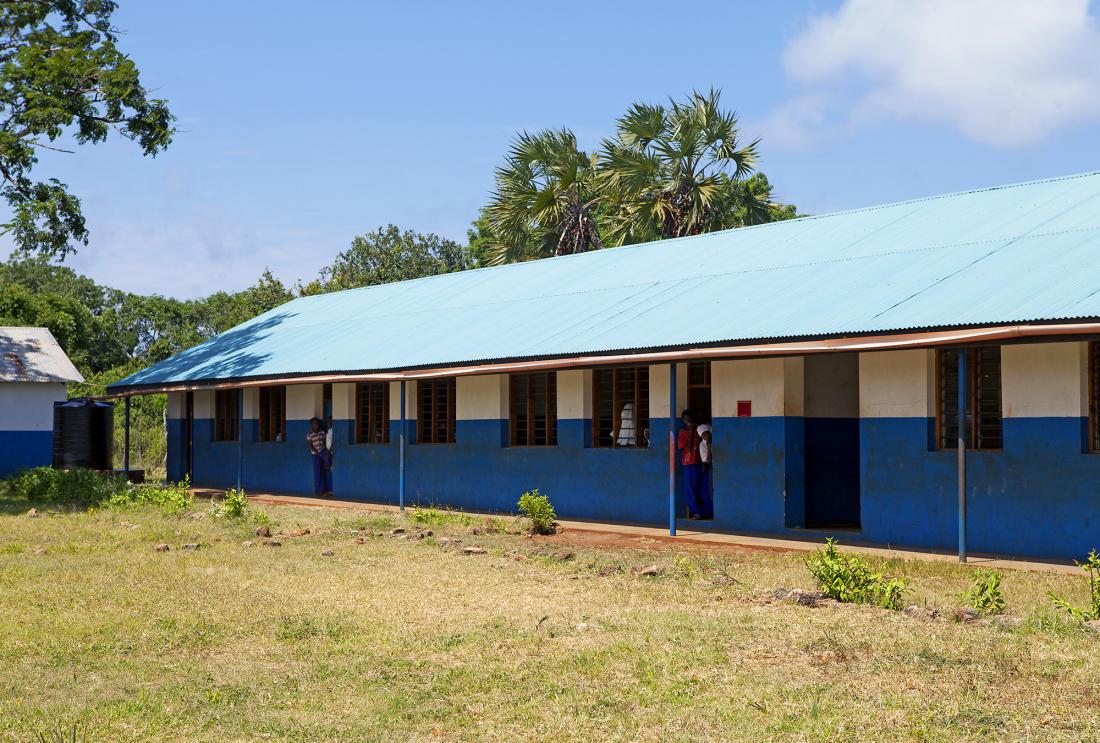 In Kenya, as in most African countries, 25-year-old men are far more likely to have HIV than 16-year-old adolescent boys. This means that sexual relationships with older partners (often called “Sugar Daddies”) are particularly dangerous for adolescent girls.

Information on the distribution of HIV infections by age and gender is not included in the official HIV curriculum for primary school, however. To test the impact this information could have on teenager’s sexual decisions, Dupas designed a “Relative Risk Information Campaign” that ICS implemented in 71 schools randomly selected among 328 primary schools involved in another HIV intervention evaluation. A trained project officer visited each of those 71 schools and, with the authorization of the teachers, spoke to Grade 8 students for a 40-minute period. Students were shown a 10-minute educational video on “sugar daddies.” The video screening was followed by an open discussion about cross-generational sex. During the discussion, the project officer shared the results of studies conducted in Kenya and Zambia and Zimbabwe on the role of cross-generational sex in the spread of HIV. In particular, the project officer wrote on the blackboard the detailed prevalence rates of HIV, disaggregated by gender and age group, in the nearby city of Kisumu, a place familiar to the students.

Cost-Effectiveness: This targeted approach cost US$98 per pregnancy averted. Researchers came up with several possible estimates of cost per HIV infection averted based off of various estimates of the ratio of the risk of HIV infection to the risk of cross-generational pregnancy; these estimates ranged from just under US$400 to almost US$2,000. These rough cost-effectiveness estimates compare favorably with other HIV prevention programs, such as treating sexually transmitted infections, voluntary HIV testing, and male circumcision.

6 result(s)
Where Facts Are Sacred
Getting Smart on Aid
The Intensive and Extensive Margins of Teenage Sex
Cheap Solutions Cut AIDS Toll for Poor Kenyan Youths
Numbers That Can Change the World
Influencing Sex, with Information