Gender inequality is an issue across all societies and it is particularly challenging in many low-income countries. In India, researchers evaluated the impact of interactive classroom discussions about gender roles and gender discrimination on adolescents’ gender attitudes, aspirations, and behaviors. The program impacted participants’ attitudes and made them more supportive of gender equality. In addition, the program led students, particularly boys, to enact more gender equitable behavior. These short-run effects were still present two years after the program had ended.

Gender inequality is an issue across all societies and it is particularly challenging in low-income countries. Economic development alone seems unlikely to achieve gender equality, as many gender gaps persist despite economic progress. Increasingly, researchers are considering the role of cultural norms in perpetuating gender inequality as research shows that even long-held norms can be changed1. Addressing gender norms at an early age may have an impact not only on adolescents throughout their life but also on their parents and future generations. Can interactive classroom discussions about gender roles and gender discrimination change adolescents’ gender attitudes, aspirations, and behaviors?

According to the last government census in 2011, the state of Haryana had the most male-skewed sex ratio among all Indian states, with 861 girls for every 1,000 boys. Sparked by the Government of Haryana’s interest in evaluating policies to reduce gender inequality, researchers partnered with Breakthrough, a human rights organization based in India that works to promote social change. Breakthrough designed and implemented a curriculum around promoting gender equality among adolescents.

Breakthrough’s program, titled Taaron ki Toli (Gang of Stars), was centered around classroom discussions about gender equality in secondary schools, with a 45-minute session held every three weeks for two and a half school years. Sessions included interactive classroom discussions on household chores and learning skills like communication. Outside of the classroom, students completed homework assignments, such as writing stories or discussing gender with family members, in addition to activities like optional Breakthrough clubs. 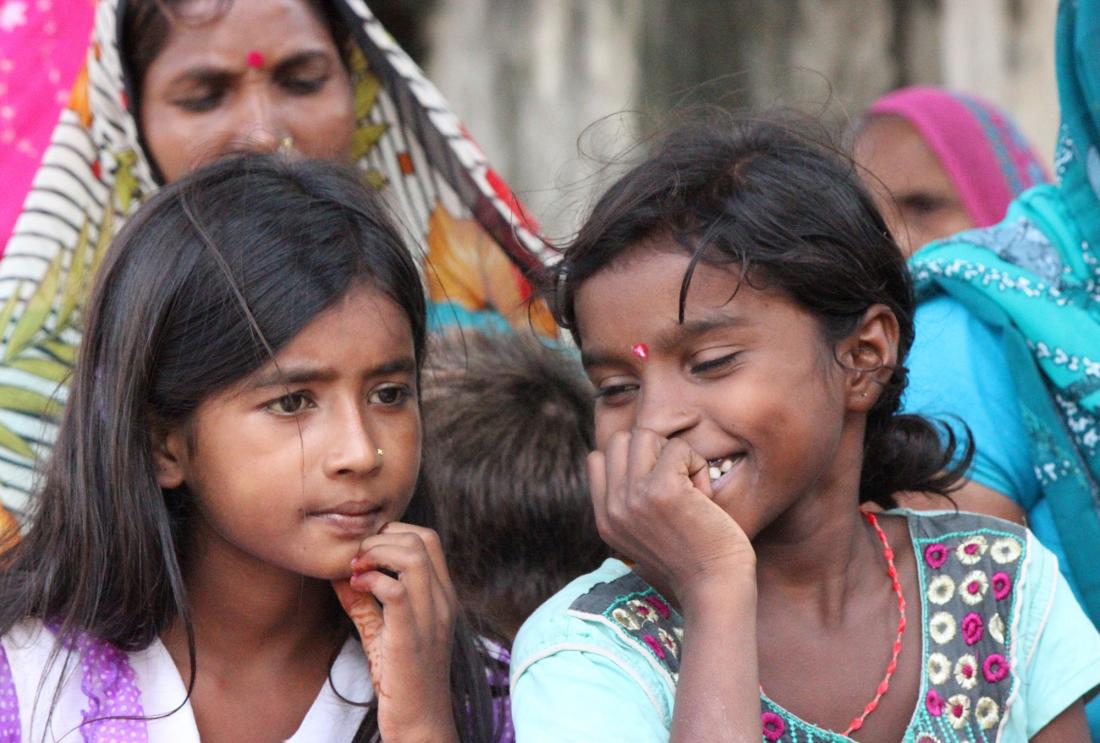 In partnership with Breakthrough and the Government of Haryana, researchers evaluated a school-based program to test if adolescents’ gender attitudes, aspirations, and behaviors can change through discussion and persuasion. From a sample of 314 government schools, researchers randomly selected 150 in which to implement the program, while the remaining 164 served as a comparison group. The program began in the 2014-2015 academic year and targeted secondary school students between 11–15 years old, as adolescence is believed to be a critical time for development when students are still forming their own attitudes and are mature enough to reflect on complex issues. Over two and a half years, Breakthrough facilitators conducted 27 45-minute long sessions during the school day.

Researchers surveyed students four to nine months before the program began and one to six months after the program ended. They aggregated survey responses into indices that captured student’s gender attitudes, aspirations, and behaviors.

To measure the program’s medium-term impacts, researchers surveyed the students again two years after the program ended, when the students were, on average, 17 years old. In addition, they distributed application forms for a college scholarship program to female participants to determine whether the program increased girls’ aspirations and thus made them more likely to apply for a scholarship. Finally, researchers also informed participants about a petition to end the dowry system, with the names of signatories to be published in the local newspaper, to evaluate whether participants would be willing to publicly support a gender-progressive position.

Researchers are measuring long-term impacts of the program into adulthood. They are surveying the students and their parents five years after the program ended to gather information on participants' education, employment, and marriage status.

The Breakthrough program made students’ gender attitudes more progressive, or aligned with more gender-equal views. Both boys and girls changed their behavior to be more gender equitable, but girls may have faced greater external constraints to enacting change. These effects persisted two years after the program had ended.

The program also changed students’ perceptions of social norms about women’s employment. Students’ perception that others in the community held gender-progressive views related to women’s employment increased by 5.2 percentage points from 34 percent. In the medium term, participants continued to view the community as more supportive of female employment, but there was no longer an effect on perceived norms about female education.

Despite these impacts on attitudes, boys and girls were no more likely to sign a public petition to end the dowry system two years after the program ended.

Aspirations: The program had no impact on girls’ reported educational and professional aspirations in the short term or medium term. This may have been because girls’ aspirations, as measured in the surveys, were already high and comparable to boys before the program. However, in the medium term, girls were 3.1 percentage points (or 8 percent) more likely to apply to the college scholarship, indicating a change in their educational intentions.

Gender-equitable Behaviors: As a result of the program, participants’ behavior became more aligned with gender-progressive norms by 0.20 standard deviations in the short-term.  This effect was greater for boys than girls: a 0.26 standard deviation increase for boys compared to 0.14 for girls. In practice, this meant that boys reported doing more household chores, while girls did not reduce their number of chores, for example.  These results suggest that although both boys and girls changed their behavior, girls may have faced greater external constraints to enacting change.  Participants continued to exhibit more gender-equitable behaviors two years after the program ended, with a 0.23 standard deviation increase on the gender-equitable behaviors index. Even in the medium-term, the impact on behavior was more pronounced for boys than girls.

These results suggest that programs that attempt to directly shape individuals’ gender attitudes can make adolescents’ attitudes and, in turn their behavior, more gender-progressive. They also highlight the importance of including boys and men in programs aimed at altering gender norms, given that boys and men might have more freedom to act on their gender-progressive views.

9 result(s)
Government of Odisha partners with Breakthrough and J-PAL South Asia to introduce gender equity program in 23,000 government schools in the state
Gender inequality: What really needs to change?
Tackling gender equality early: Adolescents are very responsive to normalisation of progressive attitudes in schools
Gender Sensitisation Curriculum To Be Introduced In Punjab Schools
Government of Punjab partners with Breakthrough and J-PAL South Asia to implement gender sensitization curriculum in all government schools
Punjab to join hands with UN, other global agencies to empower women
How India’s men can learn to treat women better
Nudge the mind out of its bias
Tell us what you really think: Measuring gender attitudes in Haryana