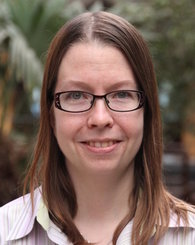 Jeanne Lafortune is an Associate Professor in the Department of Economics at Pontificia Universidad Catolica de Chile. Her primary fields of interest are labor and development economics, with a particular interest in family economics. Her research has, among various topics, looked at the relationship between marriage market conditions and human capital accumulation, the role of caste in the Indian marriage market, the impact of migration in early 20th century United States and the role of changing alimony rights of cohabiting partners. She is currently using randomized evaluations to study female training, financial literacy training and worker's safety programs.

News
Las mentorías personalizadas impulsan los ingresos de microempresarios
Evaluations
Eliminating Behavioral Barriers to Saving through a Tablet App for the Base of the Pyramid in Paraguay
Personalizing Information to Improve Retirement Savings in Chile
Improving Job Safety: The Impact of Providing Information to Firms and Workers in Chile
The effect of role models and technical assistance on microfirms in Santiago, Chile
Peer Effects in a Micro-Entrepreneur Training Program in Chile
Publications
Inspiring Success: Personalized Trainings for Microenterprises
Role models or individual consulting: The impact of personalizing micro-entrepreneurship training
Are micro-entrepreneurs constrained by their lack of knowledge or motivation? Lessons from a randomized experiment in Chile
Personalized Information as a Tool to Improve Pension Savings: Results from a Randomized Control Trial in Chile