Numerous randomized evaluations have shown that with high coverage and/or high usage rates, insecticide-treated nets (ITNs) are efficacious at reducing malaria-related morbidity and mortality. Although distributing ITNs for free can substantially increase take-up, public health agencies frequently have insufficient resources to provide free bednets for all individuals at risk. One potential solution could be to provide households with small loans to purchase ITNs, which could be paid back in installments without large one-time costs. Researchers found that providing microloans to purchase ITNs increased ownership and use. However the impact of these microloans on health was mixed, likely due to insufficient coverage and low usage rates of bednets.

Worldwide, there are an estimated 300–660 million cases of malaria each year, and one third of the human population is estimated to live in areas at risk for the most severe form of malaria, which is transmitted by Anopheles mosquitoes. Many studies have shown that daily use of insecticide treated bednets (ITNs) by a large proportion of households can greatly reduce malaria morbidity, and related deaths. Yet, ITN adoption remains low and regular re-treatment with insecticide, which is critical to bednets’ efficacy, is rare.

Recent evaluations have shown that distributing bednets for free can substantially increase take-up, and even make households more likely to buy a bednet in the future, but that charging even very small user fees significantly reduces adoption. However, public health agencies frequently have insufficient resources to provide free ITNs for all individuals at risk and thus may be interested in charging for ITNs to recover some of their costs. Yet this could lead to the exclusion of vulnerable individuals who do not have enough money to buy an ITN. One potential solution could be to provide households with small loans to purchase bednets, which could be paid back in small installments without a large one-time cost. Can microloans increase ITN ownership, re-treatment, and improve health?

Orissa is the most highly malaria endemic state in India. In 2007, one quarter of all malaria cases in India occurred in Orissa despite the state hosting less than 4 percent of the country’s population. On average, households participating in this study lived on just under US$1.50 per person per day. Two thirds of households had a bednet at the time of the intervention, almost all of which had been purchased in local markets. However, the large majority of bednets were not treated with insecticide, and usage was very irregular. Before the study, more than 10 percent of individuals tested positive for malaria and more than half had anemia, a health condition often associated with malaria. 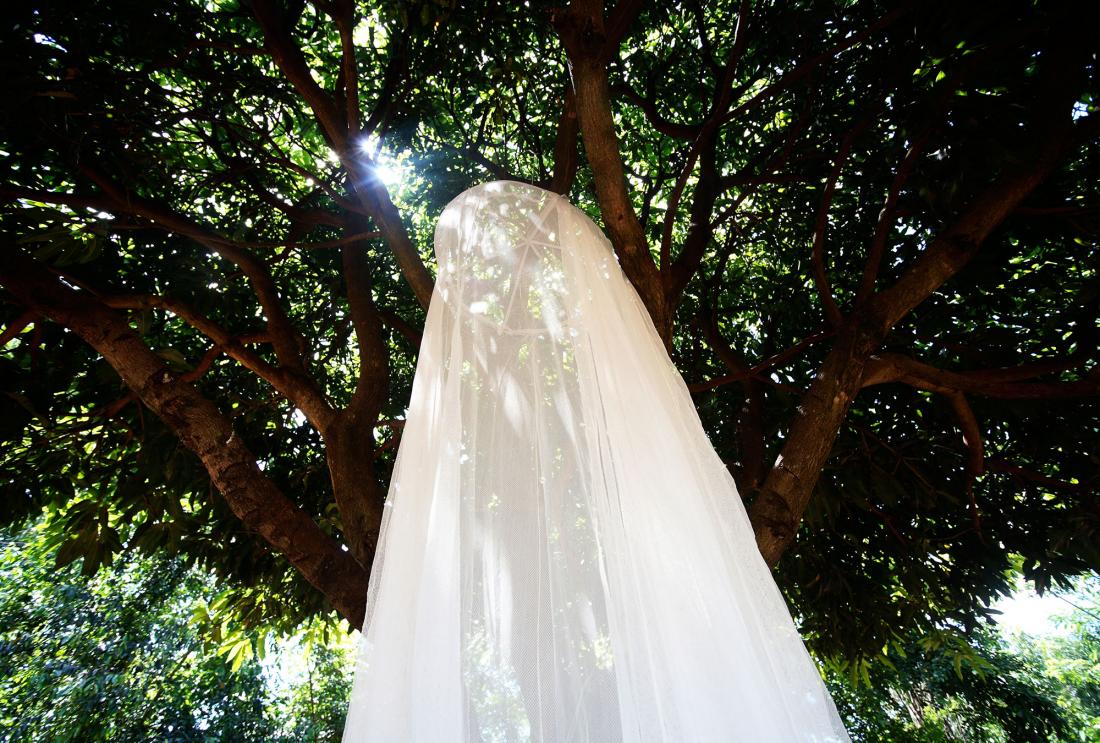 Bednet hanging from a tree

Researchers tested whether using microloans to help poor households purchase ITNs was more or less effective than distributing them for free in terms of increasing bednet ownership and usage. They conducted the evaluation in partnership with the Bharat Integrated Social Welfare Agency (BISWA), a micro-lender with a large presence in rural Orissa. In 2007, researchers randomly selected 141 villages from communities where BISWA was working and randomly assigned them to one of three equally sized groups:

In microfinance villages, the ITN offer price was not subsidized and included a mark-up to cover delivery and overhead costs to BISWA. The price was not negligible, corresponding approximately to three to five times the local daily agricultural wage. The pre-existing affiliation with BISWA was expected to encourage high repayment rates on the loans. Loans had a one-year repayment period and charged BISWA’s standard interest rate of 20 percent per year.

Since long-lasting insecticidal nets (LLINs), which are recommended by WHO and do not require retreatments to stay effective, were not locally available, researchers chose to distribute the standard insecticide treated bednets that were locally available but required periodic insecticide retreatments. After six and twelve months, field workers returned to offer re-treatment at no cost both in free villages and to buyers who chose the bundle in microfinance communities. In microfinance villages, buyers who originally purchased only the bednet and not the re-treatment could re-treat the net for cash. A detailed follow-up survey was conducted shortly after the second re-treatment, between December 2008 and April 2009. Researchers collected data on malaria prevalence and anemia using blood tests. They also measured the take-up and usage of bednets and self-reported malaria incidence using household surveys.

To examine whether the lack of cash to pay the upfront cost was the main barrier to purchasing bednets, researchers randomly selected 40 villages for a follow-up study after April 2012, five years after the original program was implemented. BISWA Households in each village were given a voucher for a long-lasting ITN at a randomly assigned subsidy level but had to pay cash up-front to purchase the nets.

Bednet take-up and use: Microloans increased ITN ownership and self-reported use, although not as much as free distribution. Fifty-two percent of households who participated in the study in microfinance villages purchased at least one ITN and 96 percent of households in free villages received at least one ITN. Relative to comparison villages, where the probability of having slept under a bednet the previous night increased from 13 to 18 percent (likely due to the follow-up survey being conducted during a period of more intense mosquito activity), usage rate of bednets increased an additional 9 percentage points in microfinance villages, and an additional 38 percentage points in free villages. ITN use was therefore significantly higher when ITNs were delivered at no cost, providing no evidence that free provision leads to lower bednet use. Past exposure to malaria was a strong predictor of purchase in microfinance villages. Households repaid 64 percent of the loans on average, meaning that BISWA provided about a 36 percent subsidy per net.

Results from the 2012 follow-up study suggest that the lack of cash to pay the upfront cost of purchasing bednets was a significant barrier to take-up. When the bednets were heavily subsidized but households still had to pay for cash, only 10.8 percent households purchased at least one bednet.

Health outcomes: Researchers found that the program had mixed results on malaria outcomes. The risk of having a self-reported malaria incident in comparison villages was about 1.78 times the risk in free and microfinance villages. Yet because respondents may not recall or know the number of malaria episodes they had in the past six months, this may not be the most reliable measure of malaria. The program did not reduce the percentage of people with the malaria parasite present in their blood at the time of the post-intervention survey or the prevalence of anemia. Researchers concluded that the most likely explanation for these mixed results was that despite the increase in bednet ownership and use, the fraction of sleeping spaces protected by ITNs and regular use remained low after the intervention. Since ITNs were only offered to households with a BISWA client, about only 20 percent of households in each village were eligible to receive or purchase ITNs. In surveys, fewer than 45 percent of households who participated in the study reported using the bednets the night before in free and microfinance village.