People living in extreme poverty face barriers to engaging in work that provides higher returns, such as livestock rearing. In India, researchers partnered with Bandhan Konnagar to evaluate the impact of a multi-faceted livelihoods program known as the Graduation approach, which aims to encourage occupational change among people living in extreme poverty. The Graduation approach had large and positive effects on economic well-being and health over the long term, even ten years after the productive asset transfer. Initially higher earnings due to the asset transfer enabled Graduation households to invest in non-farm microenterprises and pursue opportunities for wage employment, both locally and in cities farther away.

More than one-fifth of the world’s population lives on less than US$1.25 per day. Many of these families depend on insecure and fragile livelihoods, including casual farm and domestic labor. Their income is frequently irregular or seasonal, putting workers and their families at risk of hunger. Self-employment is often the one viable alternative for those living in extreme poverty, yet many lack the necessary cash or skills to start a business that could earn more.

To alleviate these constraints, several international and local nongovernmental organizations support programs that foster a transition to more secure livelihoods. Can combining complementary approaches—the transfer of a productive asset, training, consumption support, and coaching—into one comprehensive program help spur a sustainable transition to higher incomes and consumption? To better understand the effect of these programs on the lives of those living in extreme poverty, researchers coordinated to conduct six randomized evaluations in Ethiopia, Ghana, Honduras, India, Pakistan, and Peru.

In India, researchers partnered with Bandhan, a local microfinance institution that ran a multi-faceted livelihoods program (“the Graduation approach”) in West Bengal starting in 2007. This approach was first developed by the Bangladeshi non-profit organization BRAC in 2002 and has since been replicated in several countries.1

Eligible households had an able-bodied woman present, no access to credit, and met additional program criteria (e.g., small land holdings, no productive assets, and reliance on informal labor for income). Bandhan identified households through a participatory process in a village meeting, followed by a verification visit by the organization’s staff.

Among study participants, households consumed US$40 per month (2018 USD PPP) and owned less than 0.1 acre of land on average. Around 90 percent of households reported that some adults sometimes had to skip meals, and around 40 percent reported the same for children. 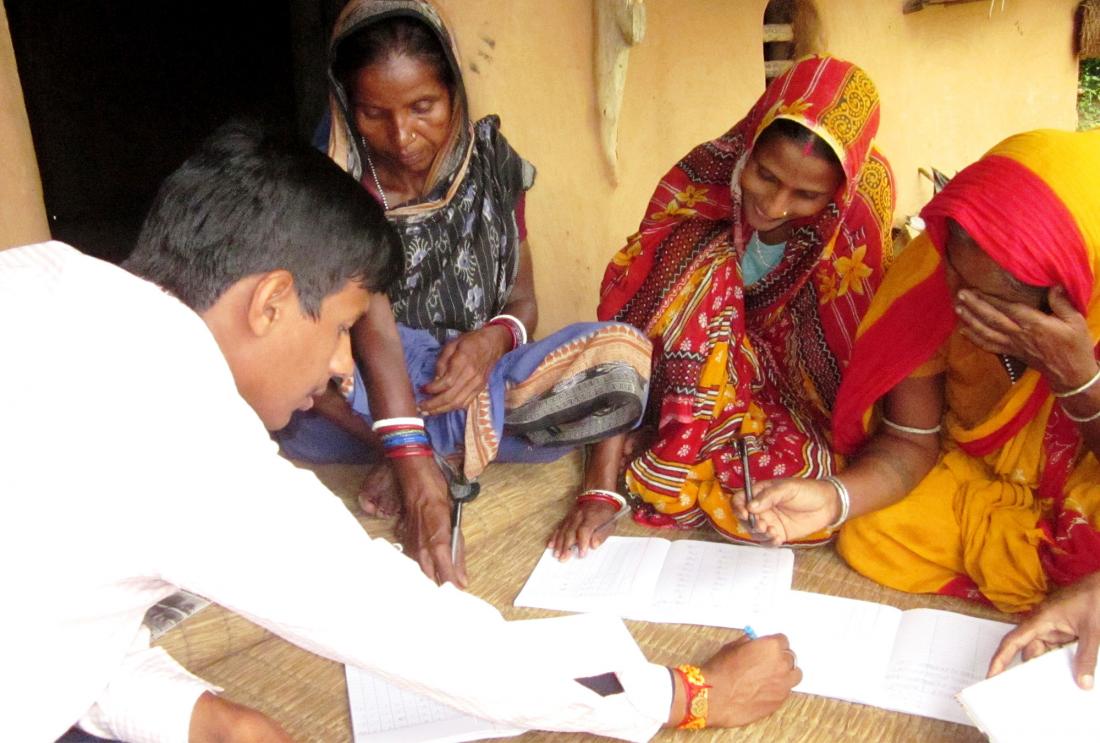 In partnership with Bandhan, researchers conducted a randomized evaluation to test the impact of the 18-month Graduation program on the lives of people living in extreme poverty. From a sample of 978 households, researchers randomly assigned 514 to the treatment group and the remaining 464 to the comparison group, which would not receive the program. Of those offered the Graduation program, around half of all households accepted.

The Graduation program had large and positive effects on economic well-being and health over the long run, even ten years after the productive asset transfer.

Physical and mental health: Measures of physical health and mental health improved among adults in Graduation households immediately upon program completion, as well as seven and ten years following the asset transfer.

Migration: While the Graduation program had no impact on the share of households with migrants or the number of migrant workers, those who did migrate from Graduation households migrated for 25 days (or 20 percent) longer than the comparison group at ten years after the asset transfer. Migrants from Graduation households were less likely to migrate to Kolkata, the nearest big city, but no less likely to migrate to an urban area. This suggests that they travelled farther away for work. Migrating for longer and to more distant urban centers enabled migrant workers to gain higher earnings ten years after the asset transfer.

Taken together, initially higher earnings due to the asset transfer enabled Graduation households to invest in non-farm microenterprises and pursue opportunities for wage employment, both locally and in cities farther away.

Cost-benefit analysis: With an up-front cost of US$2163 (2018 PPP), the long-run benefits of the Graduation program outweighed its costs. Researchers calculated that the benefit-cost ratio of the program was 379 percent over the observed ten years and would be 1110 percent if consumption gains were sustained in perpetuity.

Informed by the results of this study, Bandhan formalized partnerships with the state governments of Rajasthan, Jharkhand, and Bihar to scale up the program. From 2012 to 2018, Bandhan reached nearly 60,000 households across the country, benefiting over 210,000 people across eight states including in Assam, Bihar, Jharkhand, Madhya Pradesh, Odisha, Rajasthan, Telangana, and Tripura.2  In total, the Graduation approach has been adapted to support a transition to sustainable livelihoods for families living in extreme poverty in 43 countries.3

10 result(s)
How A Livelihood Programme Is Lifting Women From Extreme Poverty To Own Businesses
Time to look beyond MGNREGA
What data can do to fight poverty
Graduation from destitution
Video: Creating sustainable livelihoods for the poorest
New data reveals which approach to helping the poor actually works
We can end poverty, but at what cost?
Chickens and more: An anti-poverty guide for PM Modi
Happiness Up, Poverty Down
Hope Springs a Trap