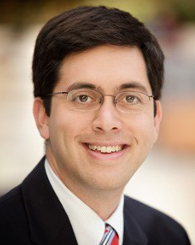 Matthew Notowidigdo is an Associate Professor of Economics at Northwestern University. His research broadly focuses on labor and health economics. He studies the causes and economic consequences of unemployment duration and insurance, as well as the impacts of health and health insurance on labor markets. Notowidigdo holds a master's in engineering and Ph.D. in economics from MIT. In 2008, he was a selected participant in the Lindau Nobel Laureate meetings. He received the Carleton B. Tucker Award for Outstanding Teaching from MIT, as well as Excellence in Refereeing Awards from the Quarterly Journal of Economics, the American Economic Review, and the Journal of the European Economic Association.

I'd be interested in running a large-scale job training experiment that's targeted towards the long-term unemployed. My sense is that there is still much more to learn about "what works" when it comes to job training programs.

What got you interested in economics, and particularly in labor and health economics?
My interest in economics started in high school.  My AP economics teacher (Betsy Sidor) taught an interesting and challenging class that covered intro micro and macro.  That got me interested in studying economics in college; I majored in both econ and computer science. I didn't end up focusing on labor and health until part of the way through graduate school.  I initially wanted to study either Industrial Organization or Corporate Finance.  This was primarily because I thought I'd have a comparative advantage in these areas. Since I had a strong computer science background (Bachelor’s and Master’s in Computer Science), I wanted to consider IO, which uses very sophisticated computational techniques.  Additionally, I had worked on Wall Street for a couple of years, which I thought would be useful for coming up with research ideas in Corporate Finance (I also took a great class from Antoinette Schoar, which I found very inspiring). However, after working as a Research Assistant for David Autor (Labor) and Amy Finkelstein (Health), I suppose my interest in labor and health came fairly directly from them.
What is one current research project that you're particularly excited about?
I have just started a new RCT [randomized controlled trial] with Amy Finkelstein and J-PAL North America studying a "high-touch" application assistance program for elderly individuals who are eligible for food stamps but are not currently enrolled.  This is only my second large-scale RCT, and I am very excited about it.  As with my first RCT (which studied long-term unemployment), I expect that there will be some interest from the policy community in the results.  But I'm also excited about the fact that in designing the experiment, I think we have tried our best to go beyond "what works" and learn something of broad interest to other researchers.  In particular, I hope we'll be able to learn something general about why eligible individuals do not currently take advantage of transfer programs.
What is your "dream evaluation"? (It doesn't have to be feasible!)
That's an interesting question!  I came up with few ideas.  First, I'd be interested in running a large-scale job training experiment that's targeted towards the long-term unemployed.  My sense is that there is still much more to learn about "what works" when it comes to job training programs.

Second, I've recently been working the last couple of years studying the economic effects of winning the lottery (one neat thing about this is that we can analyze effects of winning the lottery using an RCT framework since we have very detailed information on the number of lottery tickets owned at the time of each lottery drawing).  One thing this paper has gotten me interested in is the differences between a universal basic income program (as is currently being debated in Switzerland and as is currently done in some developing countries) to the current US system of taxes and transfers, which is a patchwork system that creates a very complicated set of incentives.  It would be a "dream" evaluation to me to be able to compare the two systems in an RCT.

Lastly, my least feasible "dream" RCT would be a large-scale randomization of unemployment insurance (UI), similar to the cluster randomization of job search assistance by Bruno Crépon and co-authors, in order to learn more about the aggregate effects of UI.  There is currently an active debate in labor and macro about the "spillover" effects of UI and the role of UI as an automatic stabilizer.  There have been some clever natural experiments to try to learn about the aggregate effects of UI, but these well-executed papers have come to very different conclusions. So my hope would be that my "dream" RCT that would give more generous UI to everyone in a local labor market (choosing local markets at random) would help advance that debate.
What is your most memorable story from the field?
The most memorable story for me from the food stamps RCT mentioned above is when the lawyers on all the sides of the table were able to agree to the terms of our data-use agreement.  I was starting to worry that the project was not going to get off the ground.  It helped remind me that the world didn't revolve around our RCT!  I am very grateful for all the patience and support we got during that part of the process, especially from the MIT legal team.

News
J-PAL North America’s newest initiative explores the work of the future
Partnering with J-PAL North America: Policymaker and Practitioner Perspectives
Bankruptcy filings delayed until tax refun arrives
Longer Unemployment, Fewer Interviews
How a Couple of Canadian Academics Influenced White House Employment Policy
Bandwagon Behavior: Why missing out on one job application is bad news for your chances in the next
Evaluations
The Impact of Assignment to Different Managed Care Organizations on Medicaid Spending and Health Care Use in the United States
SNAP Take-Up Evaluation
How Does Winning the Lottery Affect Labor Supply? Evidence from Sweden
Dependence Duration and Labor Market Conditions: Evidence from the United States
Publications
Take-up and Targeting: Experimental Evidence from SNAP
The Effects of Information and Application Assistance on Take-up, Targeting, and Welfare: Experimental Evidence from SNAP
The Effect of Wealth on Individual and Household Labor Supply: Evidence from Swedish Lotteries.
Liquidity Constraints and Consumer Bankruptcy: Evidence from Tax Rebates
Dependence Duration and Labor Market Conditions: Evidence from the United States
Blog Posts
Low-income Americans are missing out on the public benefits they're eligible for. Simple interventions can help.