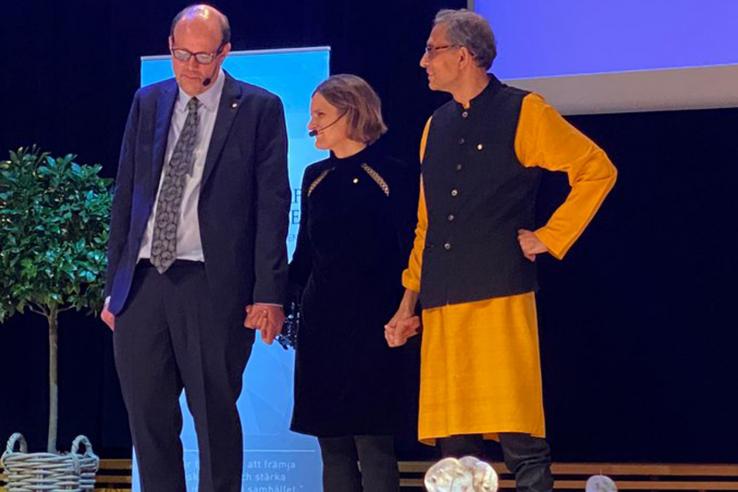 The Nobel laureates launched a movement that revolutionized international development. Their approach also has the potential to transform policymaking here at home. In fact, this type of work has already begun. The same methodology that helped millions of students learn to read in India is shedding light on how to reduce violent crime in Chicago and increase preventive health care for African-American men in Oakland.

Randomized evaluations—the same method used to decide what new drugs to approve—are a powerful tool to answer critical policy questions because they can generate clear evidence on a program or policy’s impact, providing straightforward results that decision makers can apply. Through J-PAL’s collaboration with governments and implementing organizations, rigorous research conducted by the Nobel laureates and other J-PAL affiliates has helped scale up effective programs, reaching more than 400 million people globally.

This is what inspired us to launch the J-PAL North American office. As Duflo said when she learned of the prize, “the hope … is that some of this rigor that we tried to develop in the poor countries moves back up north."

As one example, many students enter high school several years behind grade level and often fall further behind, putting them at high risk of dropping out. Moreover, the frequent mismatch between the classroom curriculum and a student’s current learning needs can make it hard to catch up. This learning gap is particularly pronounced between students of color and white students.

One promising approach is to provide intensive school-based tutoring to high school students who have fallen far behind. This has been used by a non-profit organization devoted to supporting under-served young people in school. But does it work?

By using a lottery to choose which boys would receive two-on-one tutoring, researchers found that those who received tutoring learned almost two extra years of math in a single year. These remarkable results starkly contrasted with widespread pessimism that disadvantaged students cannot catch up academically after they reach adolescence. By leveraging this compelling evidence, the program has expanded to serve thousands of additional students in the US.

This example shares many parallels with a partnership Banerjee and Duflo built with an education NGO in India. Their “teaching at the right level” intervention helped kids catch up in school, and the evaluation results enabled the approach to scale up to millions of children across India and across sub-Saharan Africa. Although the contexts of India and Chicago are radically different, it’s inspiring to see commonalities in both the intervention approach and in the focus on experimental evidence that is helping bring it to scale.

The history of using rigorous evidence to inform social policy in the US dates back to the 1960s and 1970s, when landmark randomized evaluations like the RAND Health Experiment and the Negative Income Tax Experiments were conducted. Evaluation organizations like MDRC, Mathematica, and Abt Associates helped catalyze this work and continue to champion the methodology today. And over the past six years, J-PAL North America’s network has catalyzed more than eighty evaluations tackling issues ranging from improving health care delivery to reducing and preventing homelessness.

But today, rigorous evidence of policy reforms is unfortunately still the exception, not the norm. A recent review examined studies of US health policy interventions—such as health insurance expansions—and compared them to studies of US medical interventions—such as new medical devices or drugs; less than twenty percent of health policy intervention studies were randomized, compared to eighty percent of medical intervention studies. This needs to change. The same tools used to determine which medicines work should also determine how best to deliver them.

There are hopeful signs that this approach may become more common. One encouraging development is the Foundations for Evidence Based Policymaking Act that passed into law this January, requiring federal agencies to use data and evaluation to inform which policies and programs are most effective. We also see growing demand from state and local government leaders who partner with researchers to jointly design experimental analysis of their programs.

The prize is an incredible validation of the value of science in policymaking. Let's let this prize serve as a beacon for more evidence to be generated both abroad and here at home. 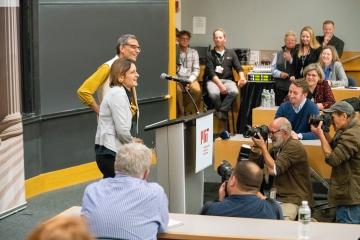 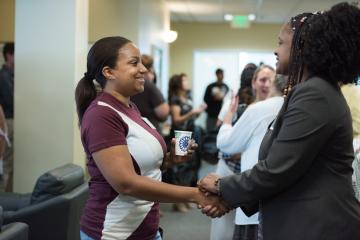 Building an Initiative: J-PAL North America Brings Rigorous Research to the Work of the Future Conversation 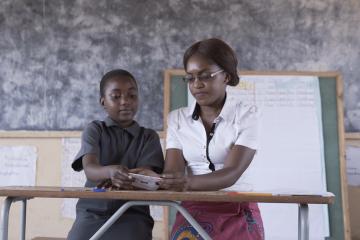