End the pandemic of violence against women 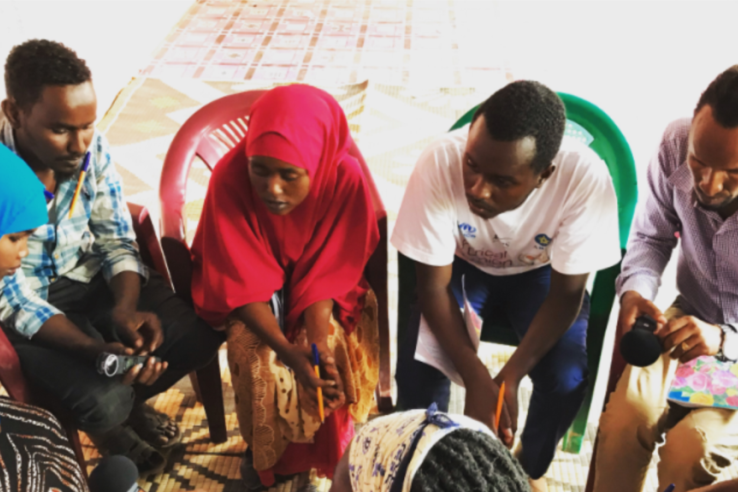 This post was first published by Project Syndicate on February 7, 2022.

Violence against women and girls increases during periods of crisis. So, it should come as no surprise that COVID-19 has added to the risk of gender-based violence. Even before the pandemic, one in three women worldwide reported experiencing physical and/or sexual violence by an intimate partner. But, by confining women at home with their abusers, pandemic-related lockdowns have increased their exposure to violence. Lockdowns have also contributed to economic stress, and diminished women’s access to the resources and support systems that help them escape abusive relationships.

In April 2020, UN Secretary-General António Guterres called for action to address gender-based violence during the pandemic. This call was supported by 146 countries. That same month, the United Nations Population Fund estimated that every three months of lockdown would result in an extra 15 million cases of violence against women and girls.

Eighteen months later, there is evidence that governments responded to Guterres’s appeal. Data tracked by the UN Development Programme show that, of 4,968 COVID-19 policy measures, 853 focused on violence against women. In the United States, for example, millions of dollars in pandemic-relief spending are being directed to strengthen urgently needed resources—such as shelters, psychological services, and housing assistance – that address the immediate needs of women experiencing violence.

There are plenty of examples of effective and proven approaches to preventing violence against women that can be implemented even during a global pandemic. A large body of evidence—including best practices and robust assessments generated over several decades—demonstrates which approaches work best. In particular, randomized impact evaluations can guide decisions on how to build healthy, violence-free populations.

One type of effective, evidence-based approach is facilitated gender dialogues. These conversations help men and women examine and challenge inequitable gender norms and roles, and practice relationship skills in safe spaces. One such program in Ethiopia, called Unite for a Better Life (UBL), was conducted within the context of the Ethiopian coffee ceremony, a traditional forum for community-based discussion.

A randomized evaluation showed that UBL can reduce intimate partner violence by up to 50% when delivered to groups of men. UBL led to more equitable relationships, including greater joint decision-making, men’s involvement in domestic tasks like cooking and childcare, and increased communication between partners on sensitive topics like sexuality. The benefits of the program spread beyond participating households. Positive effects, including reduced violence, were observed even among community members who had not joined UBL sessions.

This research shows just how crucial it is to include men in prevention efforts. Similar interventions, such as those implemented under the What Works to Prevent Violence Against Women and Girls program, provide further evidence in support of participatory dialogues that engage men.

Other promising approaches, highlighted in UN Women’s RESPECT Women framework, include school-based curricula, microfinance or savings and loans programs to empower women, and social-marketing or media interventions. The latter include radio and television programming in the form of “edutainment,” which integrates social-change messages into storylines. Randomized evaluations in Uganda, Mexico, and Nigeria have shown that edutainment can reduce acceptance of violence against women and its incidence, while also encouraging reporting.

Media-based campaigns offer a low-cost way to reach many people remotely. For example, UBL’s podcast-based adaptation was designed for humanitarian crises where people may be on the move and unable to join in-person sessions. These podcasts can be shared easily and accessed on a basic mobile device. Additional work is needed to understand how other programs can be adapted effectively to help people in times of crisis, like the pandemic; but the existing evidence offers a place to start.

There is no time to waste. Policymakers need to use the available evidence to expand effective prevention programs and support their adaptation to new contexts. And additional research and evaluation of novel or untested prevention strategies is essential.

To end violence against women, governments must do more than provide support for survivors. They also must invest in and implement effective violence-prevention programs that challenge harmful gender norms and promote healthy, equitable relationships. 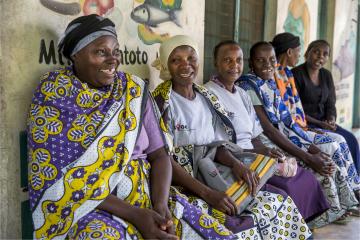 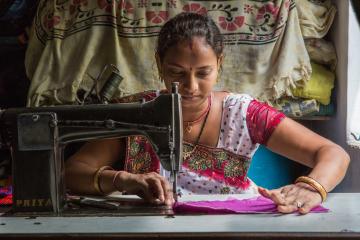