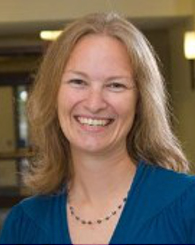 Jessica Goldberg is an Associate Professor of Economics at the University of Maryland. Her research focuses on the ways that people in developing countries earn, spend, and save money. She is particularly interested in how financial market imperfections, behavioral factors, or other obstacles to borrowing and saving affect decisions about working and consuming. Goldberg holds a Ph.D. from University of Michigan.

The more I read of the literature in both development and labor, the more I was struck by the really high returns to improved policies in poor countries. An entire school could be built in Malawi for the same amount as the one-year per-student cost of moving a child from a large (for the US) to a small class in the US!

Two experiences in graduate school persuaded me to become a development economist rather than follow my original plan, to study education in the United States. First, the more I read of the literature in both development and labor, the more I was struck by the really high returns to improved policies in poor countries. An entire school could be built in Malawi for the same amount as the one-year per-student cost of moving a child from a large (for the US) to a small class in the US!

Second, the summer after my first year in graduate school, I spent several weeks in the Philippines working with my advisor, Dean Yang, and our coauthor Xavier Giné. I was immersed in the process of designing an RCT, and I fell in love with the process of mapping a hypothesis into an experiment and thinking about how the specifics of the experiment interacted with local institutions and norms. I had been concerned that my comparative advantage was in studying a context I knew well, and for me, that was the United States. But at some point during the hours and hours of conversations with Dean and Xavi, I began to understand that while context really did matter, and understanding the institutional and cultural factors that affected the ways people interpreted the questions we asked or the interventions we offered was crucial in designing an experiment and interpreting its results, it was up to me to learn about the places I studied.

What is one current research project that you are particularly excited about?

Mario Macis and I are studying the use of financial incentives to leverage social networks in order to increase testing and treatment of tuberculosis. TB is a debilitating and highly contagious disease, but even though treatment is very effective and typically free in developing countries, many people who are infected with the disease are not receiving medical care. Two types of asymmetric information may be responsible: first, health care providers face challenges and high costs in identifying potential patients, and second, potential patients often underestimate the benefits of being treated or overestimate the negative side effects. Current patients who are receiving care could help solve both of these problems, since they are very likely to know others in need of testing and medication and could credibly vouch for the benefits of treatment. However, peer-to-peer referrals for TB care are very low in India, where the WHO estimates that more than one million people with TB are not currently in treatment. Stigma and other social costs may prevent current patients from recommending that their friends and family seek care.

We are collaborating with Operation ASHA, an Indian NGO that operates 185 treatment centers in six states in India, to test incentives to help overcome these costs and generate referrals to increase the coverage of TB treatment. Our evaluation varies the types of incentives current patients receive and the level of engagement expected of them. We’ll be able to separate the value of current patients’ private information about who needs treatment from the value of their private information about the benefits of treatment and to compare the costs of incentivized peer-to-peer outreach to other types of intensified case finding.

I am interested in how people’s connections to family and community influence their decisions about managing their own resources. Sharing norms are likely different for earned and unearned income and may influence labor supply as well as spending. One way to study this would be to experimentally vary the amount of earned and unearned income that individuals receive and whether that income is observed by others or not. I’ve studied the effect of public information on how people spend windfall income, but it’s much harder to generate exogenous variation in earned income. It could be done — I have run one project that offered participants jobs in order to observe their labor supply — but it is expensive! Harder would be to vary whether the experimental earned income is correlated with individuals’ permanent income. Again, it’s possible, but would be a very big undertaking. This sort of project would generate variation that would be useful for answering lots of questions beyond the effect of social pressure to share income, though, so it would be a good opportunity to collaborate with researchers interested in answering some of those other questions.

What is your craziest story from the field?

A bunch of researchers walked into an elephant sanctuary with a crate of Coke…really. Dean Yang, Santhosh Srinivasan, and I were in Malawi to conduct focus groups in order to understand farmers’ decisions about taking up weather insurance. We were especially interested in interviewing farmers who had made different decisions than most members of their agricultural clubs, and we had a list of six people we really wanted to meet. One by one, we learned that these “key informants” weren’t going to be able to offer much insight — some didn’t remember their decision, others had done the bidding of their spouses.

One farmer remained, but he didn’t show up for the focus group discussion and the club leader didn’t know how to reach him. So, we were thrilled when another farmer overheard our conversation and told that the very man we wanted to speak to had come from his house to town that morning. Someone went off to find him, and came back reporting that we’d just missed him, he must have gone home. Another person piped up that he knew where our elusive respondent lived, so we piled into the vehicle for the ride to his house. We were like a clown car — me, Dean, Santhosh, two RAs, the club leader, the helpful neighbor, and a driver. We drove past the last house in the village, then past a sign informing us we’d entered a wildlife reserve and should beware of elephants.

We kept driving on what was really more of a single-file path than a road, and then for no clear reason, our driver decided that the path was no longer drivable. We walked about a half a kilometer to the house — a motley band with an RA carrying a crate of coke on his head bringing up the rear! When we got to the small cluster of houses, our respondent wasn’t home and his wife was very confused by the visitors. We spoke with her briefly, shared our sodas, and filed out. When we got back to the car, our driver took us down to the river, and we were met by a park ranger with a very large gun. “Do you like elephants?” he asked, and motioned us to follow him. We did, and around a bend in the river was a group of elephants including several infants. Elephants were notoriously difficult to spot in this park, but that day, we had better luck tracking them than our respondent!

News
How social networks can stop TB from spreading
Financial inclusion for the poor: Using RCTs for effective program design
IPA and J-PAL for evidence-based planning
Evaluations
The Impact of Existing Account Usage on the Likelihood of Switching Accounts in Malawi
TB Patients Incentives
The Impact of Irregular Wage Payments on Consumption in Uganda
Direct and Indirect Effects of Malawi’s Public Works Program on Food Security
The Impact of Wages on the Labor Market in Malawi
Access to Credit and the Scale-Up of Biometric Technology in Malawi
The Effect of Social Pressure on Individuals’ Financial Decisions in Central Malawi
Changing Behavior to Improve Household Financial Management in Malawi
Price Sensitivity and Usage of Formal Transportation in Rural Malawi
Reducing Barriers to Savings in Rural Malawi
Borrower Responses to Fingerprinting for Loan Enforcement in Malawi
Publications
Incentivized Peer Referrals for Tuberculosis Screening: Evidence from India
The Effect of Social Pressure on Expenditures in Malawi
Direct and Indirect Effects of Malawi’s Public Works Program on Food Security
Savings Defaults and Payment Delays for Cash Transfers: Field Experimental Evidence from Malawi
Products and Policies to Promote Saving in Developing Countries: Combine Behavioral Insights with Good Products to Increase Formal Savings in Developing Countries
Kwacha Gonna Do? Experimental Evidence about Labor Supply in Rural Malawi
The Lesser of Two Evils: The Role of Social Pressure and Impatience in Consumption Decisions
Fingerprinting to Reduce Risky Borrowing
Facilitating Savings for Agriculture: Field Experimental Evidence from Malawi