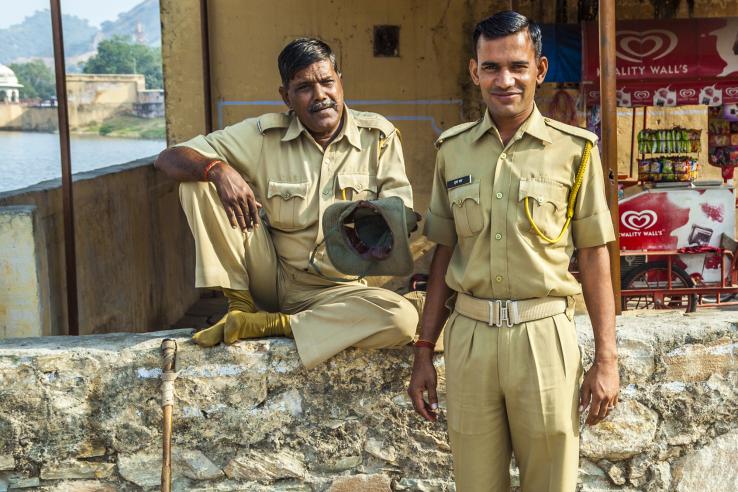 In 2016, an estimated 560,000 lives were lost due to interpersonal and collective violence; some 100,000 of these were lost in battle. The recent Pathways for Peace report from the UN and the World Bank underscored the need to develop more innovative responses to address the changing nature of violent conflict, particularly in low- and middle-income countries.

In 2017, the UK’s Department for International Development (DFID) challenged J-PAL and Innovations for Poverty Action (IPA) to expand the evidence base on effective conflict and violence prevention programs. The result was two major research initiatives, the Crime and Violence Initiative and the Peace and Recovery Program. These initiatives seek to produce rigorous, generalizable insights into what drives crime, violence, and conflict and the levers to reduce each (not just “what works” but why it works).

What have we and others engaged in this work been learning? There is no list of proven interventions that are ready to scale, as we might find in sectors such as education or health. But several promising lines of inquiry have emerged as new research probes the mechanisms behind successful interventions—i.e. how they work.

Drawing on the results of our recent review of emerging evidence in this field, below we highlight just a few of the areas where research is producing new insights for programming.

1. In post-conflict and fragile settings, relatively inexpensive interventions have the potential to increase trust and social links between groups.

One goal of post-conflict development programming has been to increase trust between communities and promote social bonds that could potentially play a role in preventing further conflict. This has not been easy to achieve: while evaluations of community-driven development (CDD), for example, have found these programs effective in improving service delivery, a 2018 meta-analysis showed that most CDD interventions had null or mixed results on improving social capital and collective behavior.

But recent evaluations of less expensive interventions with very different aims have shown that it is possible to improve social trust and cohesion, at least in the short term. In Sierra Leone, for example, one study found that a low-cost, community-level reconciliation program conducted a decade after the end of the country’s civil war had positive effects on social cohesion and social capital—though it also worsened villagers’ psychological health, suggesting reconciliation programs may need to be implemented alongside complementary interventions that provide psychosocial support.

A recent pilot study in Erbil, Iraq found that assigning Christians to mixed-religion soccer teams led to more open attitudes and greater trust towards Muslim players. Research now underway will improve our understanding of the potential of such interventions, particularly in fragile and conflict-affected contexts: our research initiatives recently funded a large-scale follow-up to the Iraq study, as well as new studies in Nigeria, Jordan, and Bangladesh.

2. In some instances, economic incentives play a clear role in choices to engage in crime or insurgency, providing one important lever for programming.

A growing body of quasi-experimental research has explored how “economic shocks”—sudden spikes or falls in the money available from lawful employment, such as farming or resource extraction—can drive changes in criminal or insurgent activity. For example, two studies in Mexico demonstrated that economic shocks triggered by fluctuations in weather patterns and declines in manufacturing jobs led to increases in drug-related violence and homicides as drug trafficking organizations presumably competed for control over these markets. Studies from Colombia have also shown that fluctuations in the return to legal agricultural commodities (such as coffee) can boost violence as substantially as fluctuations in the return to illegal drug commodities (such as coca).

When opportunities for legal forms of income generation expand (through formal employment, farming, access to new skills and capital), the rewards of pursuing conflict may fall—there are easier ways to make money. Studies suggest that policies designed to mitigate the effects of economic shocks—e.g. insurance schemes, public works projects, and vocational and skills training programs—might constitute an important lever for reducing crime and conflict by ensuring more regular incomes during or immediately following periods of economic instability. Randomized evaluations in Liberia and Afghanistan, for example, found that pairing vocational training with capital inputs or cash transfers led to reductions in illicit activity and support for insurgent groups.

However, we can’t expect training alone to produce transformative changes in participants’ attitudes towards violence or engagement in the community. Research from both Liberia and Uganda finds that various forms of employment programming and cash transfers delivered to young adults in areas recovering from conflict had little impact on measures of antisocial behaviors, community engagement, and attitudes towards violence.

3. But programs that focus on shifting non-material incentives and giving individuals new capabilities and ways of thinking have also been shown to be effective.

Another set of evaluations have focused on programs that equip participants with new skills, capabilities, and ways of decision-making in an effort to nudge them away from violent behavior.

One promising approach draws on principles of cognitive behavioral therapy (CBT) to teach people to evaluate and modify how they make decisions. Evidence from three randomized evaluations on CBT-based interventions in Liberia and the US found they were successful in reducing criminal and antisocial behaviors amongst participants. Further studies are now planned to better understand how these programs work, including whether they can be effective among individuals with deeper criminal engagement, and how long these programs need to run to produce the most cost-effective results.

Another approach that has been shown to be effective involves adapting vocational training and employment programs by adding components that emphasize development of social, emotional, and planning-related “soft” skills. Evidence from three studies of summer youth employment programs in US cities (Boston, Chicago, and New York) found that providing at-risk youth with temporary, minimum-wage employment was effective in reducing participants’ incarceration and mortality rates, at relatively low cost ($1,400 - $3,000 per participant). These impacts persisted months after the programs ended, even though participants didn’t do much better at finding future work.

There’s still much to learn about whether similar dynamics play a role in deterring individuals from joining armed or insurgent organizations. One recently funded study in the Democratic Republic of Congo will examine the role of moral sentiments such as injustice and revenge in driving who joins a rebel group, as well as the power of a household cash transfer to drive rebels to quit.

4. Police presence does deter crime, but what operational strategies work best when resources are limited?

A large body of criminology and economics research—including RCTs—has demonstrated that policing has a deterrent effect. That is to say: criminal behavior is generally reduced by increases in policing presence, either through larger deployments or increased intensity of police presence. But what are we learning about how these police should be deployed and what policing strategies work best?

One popular strategy has been to identify crime “hot spots”—areas with higher incidents of crime that could benefit from intensified police presence. While many experimental studies in the US have shown this approach to be successful, most were conducted on a relatively small scale. What happens when we examine this approach at scale, and outside the US?

Two new studies from Colombia suggest there is more to learn about deploying a hot spots strategy. In Bogota, researchers found that a hot spots intervention randomly assigned to roughly half of about 1,900 high-crime street segments only led to a small decrease in criminal activity in these areas, which may have been offset by an increase in property crime in neighboring street segments. Another study from Medellin found significant reductions only on car thefts (a relatively large source of crime in the city) and few displacement effects. The researchers suggest the reason for differing effects between Bogota and Medellin may partly be due to a higher baseline presence of police in the latter, as well as differences in how organized crime is structured in each city.

Community policing—which seek to bring communities into closer contact with police, improve relations, build trust, and open channels of communication—is another deterrence intervention that is being evaluated across different contexts. (Including through six new studies by the EGAP Network, two of which are co-funded by J-PAL/IPA).

Evidence from the US and the UK has often found community policing more effective at improving perceptions of police legitimacy than actually reducing crime. Two recent evaluations in more fragile settings have shown that increasing police-community interactions can lead to a rise in reporting of crimes—particularly from those who are disadvantaged by traditional forms of dispute resolution.

In the first example, elite units of the Liberian National Police equipped with improved training and equipment were deployed on recurring (though infrequent) “confidence patrols” in rural communities over a period of 14 months. While the intervention did little to increase trust in the police as a whole, it did improve knowledge of the law, increase crime reporting, and reduce the incidence of simple assault and domestic violence. Importantly, these changes were accompanied by improved perceptions of security and property rights.

In the second example, a permanent community police officer was introduced into villages in rural Bougainville, Papua New Guinea, where previous police contact had been limited. The police presence led to increased demand for both police and traditional dispute resolution systems (with women preferring the former), and reduced community perceptions of the prevalence of crime.

5. Increasing the role of women in policing may have important effects in policing gender-specific crimes.

There is also growing interest in understanding how the composition of police teams may influence their ability to respond to the needs of marginalized groups—especially women.

Efforts to better integrate female officers in the police in many countries have ranged from purely cosmetic to more strategic, operational approaches. In the Bougainville study above, research found that the introduction of a permanent police presence led to increased crime reporting by women, especially when the officer was female.

Building on quasi-experimental evidence from India that found a rapid expansion in “all-women” police stations led to a 22 percent increase in reporting of crimes against women, two new studies in India are testing the effect of providing specialized training and resources to female police officers. The first looks at the impact of opening women-staffed help desks for women in police stations, while the second looks at incorporating women into dedicated patrol teams for crimes against women.

Where does this leave us?

As aid spending on conflict and violence reduction looks likely to grow in the coming years, we need sharper insights into what kinds of programs can actually deliver on these important goals.

In many cases, the most significant advance in our understanding from randomized evaluations has not been to reveal the effectiveness of a specific intervention, but rather to help us reframe how to understand the problem or to identify potential new types of solutions. The studies we’ve discussed above represent just a fraction of the innovative research that has emerged on these topics in just the past few years (for more examples, see the full evidence review). Research funded through the J-PAL and IPA initiatives and others over the next five years will provide us with an even richer evidence base for contributing to a more peaceful world. 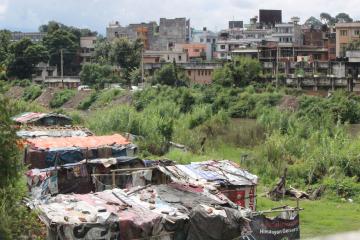 IPA and J-PAL announce US$16 million grant from UK government to fund new research on solutions to challenges in governance, crime and conflict, and peace and recovery