How can insights from rigorous evidence inform policymaking in the Western Balkans? 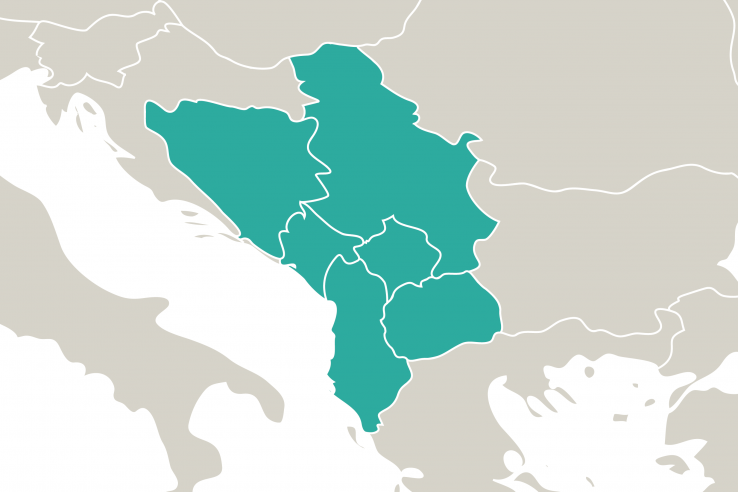 Since the beginning of the pandemic, the European Union (EU) has mobilized over €3.3 billion to support the Western Balkans in tackling the Covid health crisis. This assistance package forms part of the EU’s commitment to working towards greater integration with the region, which is home to four countries recognized as official candidates for EU membership (Albania, Montenegro, North Macedonia, and Serbia) as well as two potential candidates (Bosnia-Herzegovina and Kosovo).

Now more than ever, the ability of countries in the Western Balkans to implement effective, evidence-backed policies to address structural challenges could play an important role in shaping regional integration with the EU. This post highlights how rigorous impact evaluations can contribute to this broader reflection, including by examining interventions from neighboring countries outside the region facing similar challenges, such as migrant and refugee inclusion in Bulgaria and Turkey.

The EU has called on Western Balkan countries to implement effective reforms and public policies to close the gap with EU member states—be it on the economy or to ensure the proper functioning of public administration. For example, high levels of corruption are still one of the major issues in the negotiation process. In 2020, Western Balkan countries still ranked below the EU and world average on the Corruption Perception Index, which recorded stagnating or deteriorating levels of corruption across the region. Beyond governance reforms, the European Commission (EC) also calls for continued efforts on broader issues of economic development, gender equality, and social inclusion.

At J-PAL Europe, we aim to build on a vast body of rigorous research produced by J-PAL affiliated researchers—across Europe and beyond—to generate lessons that can inform the design of new solutions, and support evidence-based programs to move to scale. We partner with governments and organizations not only to launch new evaluations, but also to apply what we have already learned in areas related to governance, such as gender quotas to improve political representation or government audits to reduce corruption.

A growing body of evidence in the region

Rigorous evidence from past evaluations has the potential to support national governments implement more effective public policies. Research results, along with careful consideration of all the factors that contribute to the eventual success of these programs, can help us identify and adapt the most promising policies across the region, strengthening government’s ability to respond at scale and address structural challenges identified by the EC.

In North Macedonia, J-PAL affiliate Orazio Attanasio (Yale University) and researchers Alex Armand (Nova SBE), Pedro Carneiro (UCL), Valerie Lechene (UCL) and Ingvild Almas (IIES) found that cash transfers delivered to female rather than male heads of household changed the structure of household food expenditures by increasing women's decision-making power. The researchers used an innovative approach to measure empowerment, which involved asking women how much money they were willing to give up in order for the transfers to be made directly to them (the larger the amount a woman was willing to forego, the lower her decision-making power inside the household was likely to be).

The impact of microcredit in Bosnia and Herzegovina

Another important area in which the EC recommended reforms is related to the economic structures of the Western Balkans and improving competitiveness. Evidence from several impact evaluations across Europe have successfully informed programs and policies aiming at improving employment outcomes for jobseekers or tax enforcement. Rigorous research can also help us understand the impact of a specific policy, sometimes calling into question our assumptions on its transformative effect in different contexts.

For example, a study in Bosnia and Herzegovina, led by affiliate Costas Meghir (Yale University) and researchers Britta Augsburg (IFS), Ralph de Haas (EBRD) and Heike Harmgart (EBRD), found that providing loans to slightly under-qualified microcredit applicants increased small business ownership but did not improve short-term profits or income. These results were consistent with evidence from low- and middle-income countries that found that microcredit improved financial management for some households but did not have a transformative impact on household income or consumption on average. While microfinance has often been identified as playing a role in sustainable economic reconstruction in post-conflict areas such as the Western Balkans, the question of the most effective ways to develop entrepreneurship or generate more income remains open and will benefit from new research insights.

Supporting the inclusion of refugee children in Turkey

The response to the recent flow of refugees is another key issue in the relationship between the EU, the Western Balkans, and Turkey—the country with the highest number of refugees in the world.

In Turkey, the ethnic composition of schools has significantly changed in recent years with the integration of Syrian refugee children into the school system. In partnership with the Ministry of Education, J-PAL affiliate Sule Alan (Essex University) and researchers Ceren Baysan (Essex University), Mert Gumren (Koc University), and Elif Kubilay (Essex University) studied the impact of an after-school classroom program on perspective-taking—the ability to consider another person's opinion—provided to both Syrian and Turkish students. The program reduced measured levels of violence between students, while increasing the trust and altruism of participating students.

Countries in the Western Balkan area, as one of the main transit routes for migration in Europe, also face the challenge of finding effective inclusion policies for migrant populations to ensure the social cohesion of their societies. Based on the results of a study conducted by Elise Huillery (Paris Dauphine University), Paul Gertler (UC Berkeley) and Joost de Laat (Utrecht University) in ethnically segregated communities across Bulgaria, the Bulgarian government is working to eliminate fees related to kindergarten access, after an evaluation showed that this can be an effective means towards increasing enrollment of ethnic minority children.

Through the European Social Inclusion Initiative (ESII), we seek to foster further research aimed at finding innovative solutions to the challenge of social exclusion in Europe.

Generating new evidence in the region

In October 2020, the EC announced its intention to mobilize up to €9 billion of funding for flagship investments in the region in areas such as transport, energy, digital transition, or job creation. In the context of the green and digital transition, we have seen the Commission make increasing use of mechanisms designed to promote effectiveness, linking access to its financial instruments, including the Recovery and Resilience Facility of the NextGenerationEU, to the implementation of impact and learning outcomes measures by receiving countries.

Rigorous research can thus provide the EU and governments in the region alike with a valuable guide to setting or reorienting their policy ambitions, allowing them to learn more about what works and the effectiveness of ambitious reform measures.

At J-PAL Europe, we look forward to continuing to engage with actors at local, national and regional levels and support them in harnessing the Western Balkans’ potential to use impact evaluation to inform innovative reforms and policies.

For more information on J-PAL's work in Europe, click here. 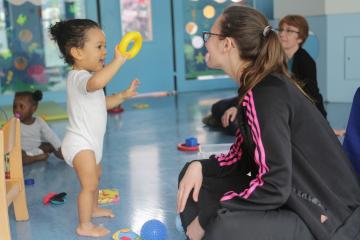 Rigorous testing of social policies in Europe: What are we learning? 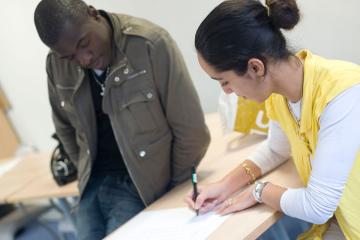 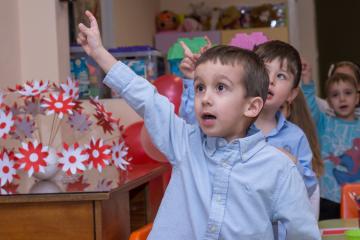